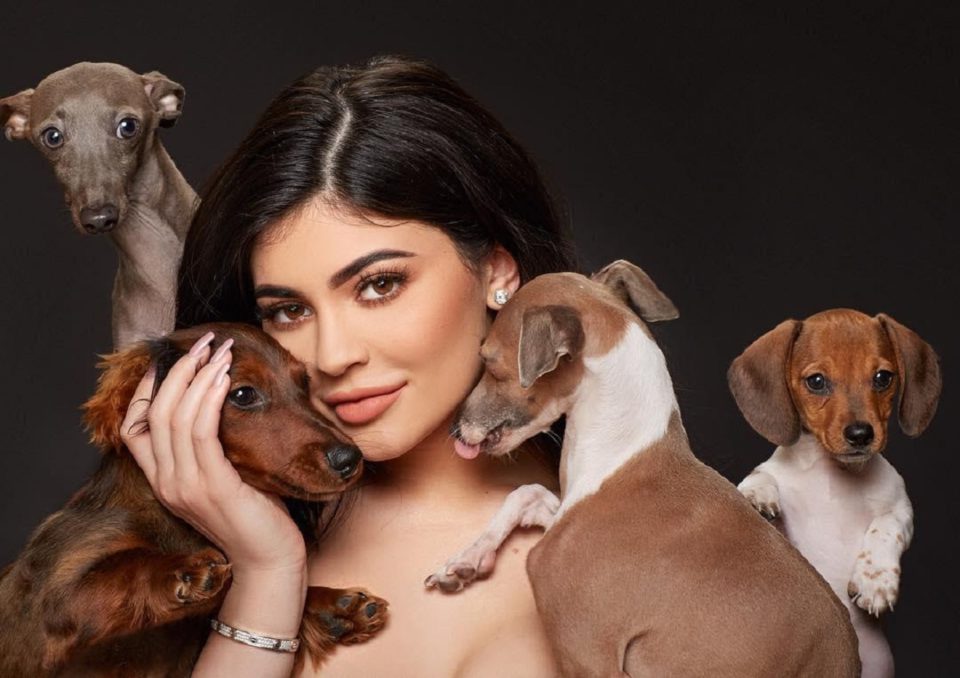 Many of our favourite stars are often seen with their four-pawed furry friend, dogs whom they like to flaunt on social media and other platforms. Demi Lovato, Chris Evans and Paris Hilton are just a few to name who have expressed their love for their dog’s time and again. Some celebrities share glimpses of their pet-centric lives on social media, while others invite their pets to the red carpet. Check below to find out whether your favourite star has a pet friend, dog or not.

Lovato frequently posts photos and videos of her dogs, Cinderella and Batman, on her social media pages. She has raised them since 2017, following the heartbreaking death of her other famous dog, Buddy. In February 2019, the singer gave her dogs gifts from Kriser’s Natural Pet in Los Angeles. Demi made sure to have their tasty food and delicacies delivered in as well as provide Batman and Cinderella with some gorgeous matching dog toys.

Miley Cyrus had been renowned as an animal activist and supporter, adopting a variety of creatures including dogs, kitties, fishes, ponies, and piglets. She had many pets that it is indeed almost hard to keep count of how many she now owns, particularly because she doesn’t post images of her animals on social media regularly. Her dog, Mary Jane, was well-known to all of her admirers. Sadly, Cyrus confirmed Mary Jane died in January with a touching song and dedication to her animal companion. Cyrus has still seven puppies at home, all of whom appear in the video.

Paris has created a $325,000 luxurious residence in her garden with a lake view to make her furry pals happy. The Spanish colonial-style residence includes storeys and a patio from which the renowned dogs may enjoy a stunning view of Los Angele. Some of the dogs owned by this social media influencer include Diamond Baby, Slivington, Marilyn Monroe, Harajuku Bitch, Prince Baby Bear, Crypto Hilton, Ether Reum, Princess Paris Jr. and Prince Hilton, The Pomeranians,

Evans, like other pet owners spend a lot of time on social media sharing images of his adorable puppy. Chris Evans has a special affinity with his Boxer-mix rescue dog. In fact, he’s claimed that his connection with Dodger is “probably one of the purest” he’s ever had, and he even has a tattoo of the cute canine to prove it. After adopting Dodger in 2017, Chris has flooded the media with photographs of himself and his cute pup.

In Kylie Jenner’s life, dogs play a very significant role. She has eight of them who are regularly featured on her Instagram posts. Norman, an Italian greyhound, is a famous figure in Jenner’s life. Kylie initially acquired Norman in 2014, and afterwards, Bambi and Sophia, both Italian greyhounds, joined the family in 2015. The same year, Kylie got a little hairy puppy named Odie. In 2016, Kylie welcomed Ernie and Penny into her family. In February 2021, Kylie welcomed her tenth child and ninth dog.

Selena Gomez’s HBO program Selena + Chef offers audiences an inside look at her personal life. Winnie and Daisy, Gomez’s pets, are a big part of it. Daisy, Gomez’s latest family member, was born in 2020. During the quarantine period, her longest Instagram post was a 17-minute Live video where she made a big revelation to her millions of Instagram followers: she now has a new puppy named Daisy.

Witherspoon is a big pet person who wants all of us to realize it. Either she’s seen posing with dogs on shooting locations or cuddling them up now and then like a real animal lover. The Big Little Lies actor and producer has taken her love of animals to another level by regularly uploading pictures of her dog family on social media. The Sweet Home Alabama star likes to name her pets after celebs, such as Hank, her latest Labrador named after country artist Hank Williams.

Finn, Seyfried’s dog, is frequent on her social media accounts. Seyfried’s Instagram is without a doubt one of the nicest places on the internet. Amanda met the Australian Shepherd on the set of HBO’s Big Love, which aired from 2006 to 2011, and he has remained at her side ever since. In fact, the star disclosed in 2016 that each of her agreements has a condition allowing Finn to join her on set.

TikTok’s most famous celebrity has 4 furry pets, and they, such as the rest of her family, have had their own TikTok profile. D’Amelio’s puppies have 3.5 million followers on the streaming app, making them among the world’s most famous dogs. Charli and her sister Dixie teamed up with Best Friends Animal Society in November 2020 to foster three lovely puppies named Dodo, Weka, and Moa. Their vacation with the dogs was documented for their family’s shared YouTube channel. A spokesperson from Best Friends Animal Society revealed in the video that the puppies were from the non-reserve profits in Utah.

Ariana Grande has nine dogs and a ‘micro pig.’ Grande is also a big fan of dogs and owns many of them. While Grande appeared on The Tonight Show Starring Jimmy Fallon, she accompanied her dog Toulouse, who loves travelling and riding on the bus. Grande also has a tiny pig named Piggy Smallz, who keeps appearing on her Instagram.