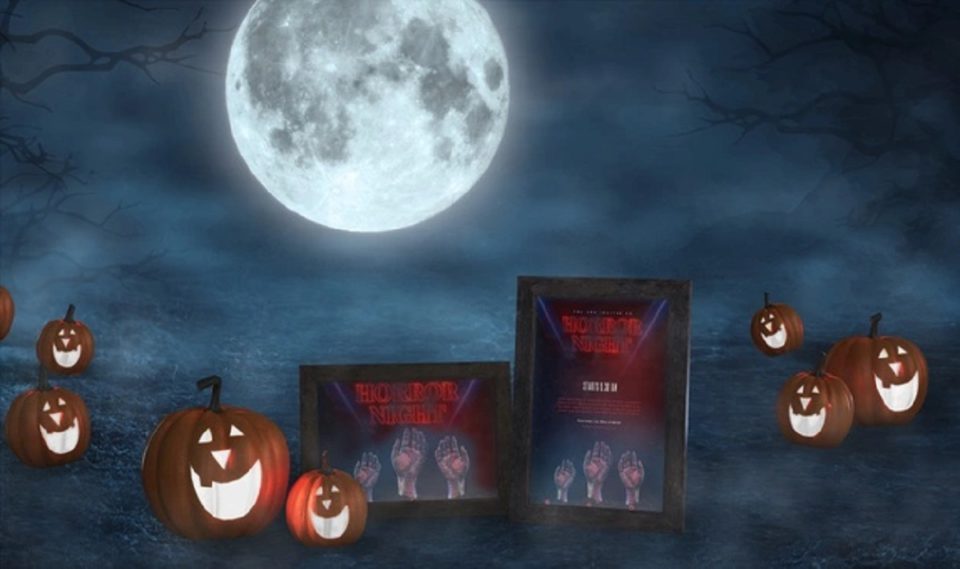 The horror genre probably would the most lovable genre, among all others. We all know that horror movies are unpredictable. Even if we know that watching a good horror movie can scare us and makes us think at night that some shadow is lurking in the darkness on the other side of the bed, but we still binge watch some of the best horror movies to date.

If we scroll on the internet, we will find many horror/thriller movies, but there are some iconic films in this genre; no matter how many times we have watched, we still get some thrills. Here are the top 10 Horror/Thriller movies you can watch for all horror lovers if you guys haven’t. Turn the light off if you dare as its time to get spooky.

No matter how advanced technologies are used as CGI in movies right now, ‘The Exorcist’ will always be a masterpiece and considered the scariest film ever made. Based on William Peter Blatty’s novel, of the same name, the film is about a twelve-year-old girl who either is suffering from a severe neurological disorder or perhaps been possessed by an evil spirit, and then a team of the priest is sent to exorcise her.

According to the reports in 1973, when ‘The Exorcist’ opened in theatres across America, paramedics were called into some multiplexes because people were actually passing out. You will feel shocked, horror, nausea, and a lot of fear during the whole movie. Even at that time, some groups protested to boycott the film, but still, it came out to be the Highest-grossing R-rated Horror Movie.

The performance and the special effects are the highlights of the movie. Linda Blair, as the little possessed child, is exceptional. When her character vomited onto the priests, some audience actually vomited in the theatres. The film is the first horror movie to received ten Academy Award nominations, including Best Picture.

While filming, it was reported that everyone associated was either injured, fell ill, or suffered a death in the family. Even the whole set burned to the ground. That’s scary.

Usually, we witness confined darkness, and lots of jump scares in a classic horror movie. But Stanley Kubrick’s masterpiece ‘The Shinning’ is absolutely delightful to watch for the horror fans. Here we witness the uncanny, huge, blazingly little spaces of the Overlook Hotel built in Elstree Studios, Hertfordshire, which was shot with excellent proportion and calmness.

The story is about Jack Nicholson, played by Jack Torrance, an aspiring writer consigned as caretaker of an enormous Colorado hotel during its off-season winter months. He is accompanied by his wife Wendy, played by Shelley Duvall, and his son Danny by Danny Lloyd. But slowly, the severe snowstorm and the isolation or perhaps something else pushes Jack into utter madness.

Again the performances of all the characters are the highlight of the entire movie.  Jack Nicholson’s crazy performance as a man falling into killing madness is absolutely amazing to watch. Kubrick (director) made sure that the film creates doubt about whether ‘Overlook Hotel’ is haunted or the main protagonist (Jack) is actually a victim of isolation.  There are so many iconic scenes in the movie, but the elevator’s blood flowing out of the elevator is the most iconic scene.

In 2013 ‘The Conjuring’ movie changed the Horror Franchise’s whole dynamic, and it made over 300 million dollars worldwide at the box office. From the real-life paranormal incidences, James Wan brought a new form of the horror genre on the big screen. With the success of the movie, it produced to a direct sequel and five spins off films which includes – The Conjuring 2(2016), The Nun (2018), Annabella: Creation ( 2017), Annabella ( 2014), Annabella Comes Home (2019), The Curse of La Llorona (2019)  and The Conjuring: The Devil Made Me Do It, which most probably release at the end of this year.

‘The Conjuring’ is the story of a real-life Paranormal Investigating couple- Ed and Lorraine Warren, who investigated many paranormal activities in the 1960s.  The first two Conjuring movies are based on the files from their most petrifying experiences with the Perron family and the Hodgson family, while the other films in that universe serve as origin stories for the demonic entities haunting the Warrens.

Watch All The Movies At- AMAZON PRIME & Watch ‘The Nun’ At- Hungama.com

The main plot is about six college students’ lands in a forest on a chilling night due to their broken car and has to wait until they get help till dawn. So they decide to tell horror stories to each other to pass the time, but what if those stories are so real!

The cinematography and the background score are scary, which matches the mood of the film. The movie is gripping and stingy and will keep you on the edge of your seat until the very last scene. There is also a sequel –‘ Darna Zaroori Tha,’ give it a try.

John Krasinski’s ‘A Quite Place’ is a post-apocalyptic science fiction horror film that gives you a lot of tension in which your heart rate is at the top and gives you the ultimate tight thrill spin.

The plot is about a family played by John Krasinski as Lee Abbott, his wife Evelyn Abbott, played by Emily blunt, and their three kids. The family struggles to survive and raise their children in the post-apocalyptic world, which is occupied by blind extraterrestrial creatures with a sense of hearing.  Any kind of sound by the family will give an excruciating step closer to death.

The movie barely has 10 dialogues as the whole cast conveys natural emotions with just their facial expression and sign language. Each of the actors had performed exceptionally well, but the cinematography and the silent sound of the movie. This is a movie worth watching on the big screen, but surely you will enjoy it at your home too.

Get out is the 2017 Horror-Thriller movie is a contemporary horror masterpiece where it sparkles with booming social explication, layered with compelling Goosebumps, and spattered with unyielding humor.

The movie is about our protagonist Chris played by Daniel Kaluuya (a dark-skinned black man), his girlfriend Rose, played by Allison Williams, preparing to go home to meet her parents. And slowly, everything changes, and Chris gets the nightmare of his life. Well, too many details will surely give a spoiler.

‘Get Out’ is a slow burner but an unpredictable thrill ride, which will make you guess till the end of the movie. With some strong performance, the film shows the racially-charged issues. A must watch.

Watch ‘Get Out’ – AMAZON.COM

This 2018 is a Horror tragedy that probably shouldn’t be discussed in detail as it will spoil the surprises. It casts Toni Collette as ‘Annie Graham,’ an artist and mother dealing with her mother’s death. Alex Wolff as Annie’s oldest child as ‘Peter,’ is a sad-eyed pothead accumulating through life. Milly Shapiro plays ‘Charlie,’ youngest daughter, a disturbed 13-year-old child with the still stare of a statue, and Gabriel Byrne plays Annie’s kindhearted husband ‘Steve’ who struggles to make his family happy. But then the family is haunted by a mysterious presence.

Hereditary is a perfect horror drama with a fantastic opening scene to perfect visual storytelling and the jaw-dropping final moments.

Rosemary’ Baby is the most cursed hit novel turned into the most iconic film, which was a huge success at that time.  The movie is a psychological horror written and directed by Roman Polanski, which made a trend for the devil or evil baby and satanic pregnancy movies in the 70s.

The story is about a pregnant woman who speculates that an evil cult wants to take her baby for their rites. The movie was not only critically acclaimed but was also commercially successful and won several awards. The film is creepy and crawly but is filled with so many things that will scare you as well. According to reports, the movie is also termed as the most cursed film because of many bizarre incidents during and after the production.

‘Us’ is a 2019 Horror film with a fantastic suspenseful story and a marvelous cast. The movie began back in 1986, where a young girl with her parents roaming at Santa Cruz parts from them and walks out on an empty beach. Then she walks into an evacuated hall of mirrors and discovered something profoundly terrifying- her doppelganger. The movie then shifts to the present day about the Wilson family heading towards their vacation home.

The movie has many metaphors that you will only understand when you watch the whole film (or in case of me twice). The movie is well crafted with many questions with some scares and an environment full of tension—an indeed watch but with a lot of attention.

‘The Babadook’ is a 2014 psychological horror movie starring Essie Davis, Noah Wiseman, Daniel Henshall, and others, based on the short film “Monster.” The plot is about a young grieving widow trying to look after her young son, who soon shows eccentric behavior, becomes insomniac, and has an imaginative monster. This movie will surely creep under your skin and make you ask yourself many questions. ‘The Babadook’ is a kinda horror movie that is not just about scaring the audience but more than that. Most of the film’s disturbing scenes have nothing to do with the monster and still scares you.

Watch ‘The Babadook at- Amazon Prime