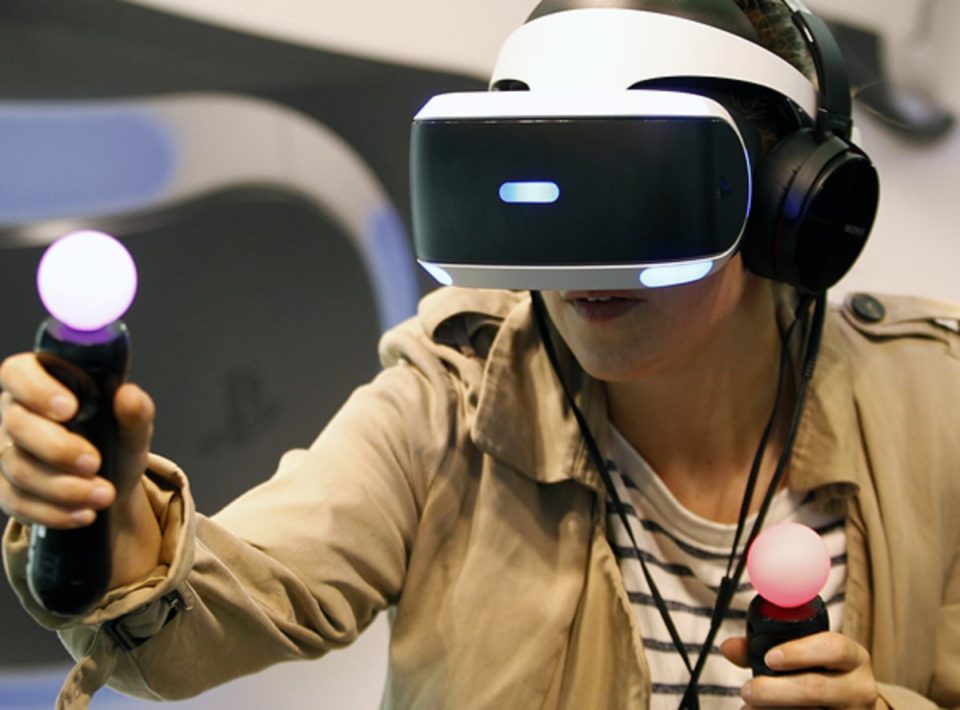 Virtual Reality is not a new term anymore and, many players are enjoying VR games with excellent themes and new titles nowadays. Fortunately, we have enhanced ports and affordable headsets to take advantage of the latest medium for an ultimate gaming experience. For newbies, VR gaming is all about travelling to the other world to play games comprising best action, exploration, stimulation, arcade and sports in PlayStation VR, HTC Vive, Valve Index, Oculus Quest and Windows Mixed Reality platforms. With a wide array of gaming platforms to choose from, we have gathered the list of 12 best VR games available today for an ultimate gaming experience.

Available in platforms such as Meta Quest 2, PSVR, Oculus Rift, Valve Index and HTC Vive, this game is all about experiencing a family-friendly adventure where you will have to go through the ruins and the dense jungles. By putting players in the perspective of rodent protagonists, directing their past enemies and controlling the environment, Moss makes effective use of the VR platform to solve puzzles. The basic purpose behind the game is to provide you with dual control over a hero to save Quill’s uncle and take advantage of the VR platform to solve puzzles.

This game is available on platforms such as Valve Index, PSVR, HTC Vive and Oculus Rift. In 2019, No Man’s Sky was rated as the most anticipated release and the game is still loved by many players worldwide. For VR users, No Man’s Sky is doing a good job of providing a diverse range of solace and mobility options. If you are highly susceptible to VR sickness, you can adjust the field of view vignette as well as activate snap turning and teleportation. On PC, you can use motion controllers or a gamepad, as well as a keyboard and mouse. It’s just a shame that the game no longer includes a photo mode.

Keep Talking and Nobody Explodes

You can play this VR game on platforms like Oculus Rift, PSVR, HTC Vive, Meta Quest 2, and Valve Index. Developed by Steal Crate Games, in this game, one of the players will be trapped in a room that has a ticking time bomb to be diffused. All other players serve as experts who help the trapped player decipher the Bomb Defusal Manual’s instructions so that the bomb can be diffused. However, the experts will not be able to see the bomb and hence, everyone needs to talk out fast. The game is usually loud, occasionally silly and mostly fast-paced.

Available in Meta Quest 2, Resident Evil is one of the best VR Games made out of classical survival horror games for the platform. The players will have to defend themselves from the parasite-infected monsters while on the mission to the U.S. President’s daughter with the help of a handgun, knife and tools. The game comes with various comfortable options to choose from while you face terrifying creatures in the virtual world.

The amazing special effects and first-rate immersion of Lone Echo 2 add to the pleasurable moments, but its trudging pace and similarity let it down. But besides arriving four years after the pioneering original, there is very little here that could amaze you, and while well written, quickly gets tiresome. It’s still supported by a fantastic locomotion system, as well as a solid tale and believable achievements, but the original game’s startling spark of blockbuster innovation has long since died out. The mission of Jack and Liv to return to the old days is entertaining, but parts of Lone Echo 2 were already stuck there.

The game Batman: Arkham VR is quite short and can be played on VR platforms such as Valve Index, Oculus Rift, PSVR and HTC Vive. Although you only get to dress up the Bat-suit for a little over an hour, it’s well worth your time if you’re a PlayStation VR early adopter. You’ll go through a couple of dozen surroundings full of VR surprises, all of which seem to be predicated on the assumption that you haven’t done many other VR demos. If you’re anything like me, you might find that the community you’re so used to seeing from afar becomes terrifying when it’s all around you.

Available in platforms like Oculus Rift, HTC Vive, Meta Quest 2, Valve Index, and PSVR, Superhot VR is a super addictive game based on shooting experience where you can use the 360-degree tracking element to kill enemies approaching from all sides. Difficulty increases with each level as does incoming fire, bullet-time, but you get powerful clenched fists and guns too.

You can play Tetris Effect on platforms like Valve Index, Oculus Rift, PSVR and Meta Quest 2. This is just like a regular Tetris game but with a different surrounding. All the levels offer a unique VR gaming experience with visuals and music related to the theme. Overall, the gaming experience includes a mix of hypnotic and psychedelic which can be enjoyed for mediative gaming.

Play Elite Dangerous on Oculus Rift, HTC Vive or Valve Index to get the best gaming experience online. Although the franchise may be more than thirty years old, creator David Braben offers one of the best VR games played today. The game requires players to trade, explore and engage themselves in combat situations in the universe belonging to the future. The best part is, Elite Dangerous is a multiplayer game and hence, enjoy this with your pals.

Available in platforms like Valve Index, PSVR, Meta Quest 2, Oculus Rift and HTC Vive, the core set-up of this VR game is similar to that of old versions. Players twist a lightsaber in every hand, trying to match the colour of the blade to the colour of the blocks approaching them. Chaining hits not just earns you a combo score, but it also gives you the satisfaction of splitting the blocks in half, as well as a pleasant soundtrack. Things get trickier as the game progresses, with players darting and weaving to prevent collisions. However, because Beat Saber can be played while sitting, it’s a great VR title for both newcomers and veterans. Beat Saber is a fantastic game on any platform, but it shines on Oculus Quest 2.

Play Pistol Whip in platforms like Oculus Rift, PSVR, Meta Quest 2, HTC and Valve Index for the ultimate gaming experience VR games can offer. Although Pistol Whip is very similar to Beat Saber, it comes with guns rather than lightsabers. When you run through different environmental settings, you become a hero or like an action-packed movie star dodging bullets, killing enemies and earning rewards. The theme of the game is excellent while the new content offers surprise elements for us each time, we start a new game.

You can play Star Trek: Bridge Crew on VR platforms like PSVR, Oculus Rift, Meta Quest, Valve Index and HTC Vive. Although this game comes with a single-player mode too, it will provide you with an ultimate gaming experience when you play it with your friends. Just fall into the rhythm of anticipation with one another and tailor all your needs combinedly to win. If you have no one to play with at any time, Ubisoft has a cross-platform play along with Oculus, PlayStation and Vive where you can team up with the others.

Know About Shark Tank India Judges, Net Worth, and Investments Made in the Reality Show

Avengers Infinity War Torrents: How To Watch This Amazing Movie