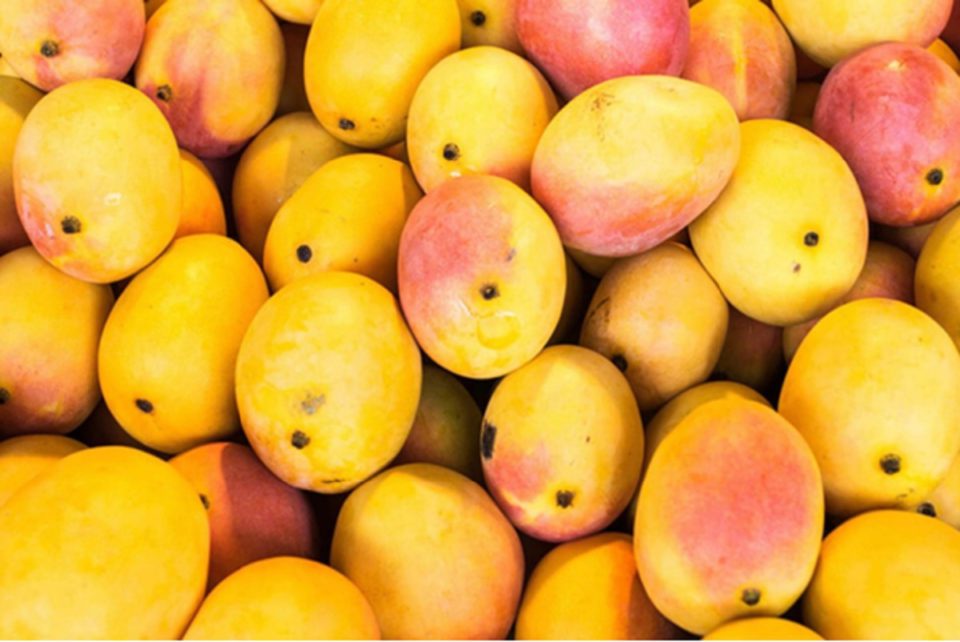 India is a country that homes more than five hundred varieties of mangoes. Indians, both rich and poor love mangoes which makes mango a native fruit in the country. One of the cities in India, Srinivaspur in Kolar homes 63 species of mangoes and is hence nicknamed the Mango City of India. India considers mango as the national fruit as it has the best weather worldwide to grow mango. The specialty of this tropical country and farmer land is a new variety of mango found frequently. So, when you travel across India, try these most popular and mouth-watering flavours of mangoes.

Alphonso mangoes are popular nationally and internationally. The mango is been named after Alfonso de Albuquerque and regarded as the king of all mangoes. It tastes delicious like many other varieties and can be bought from mid-June till July. Some regions in Maharashtra like Ratnagiri are known to be the prime exporters of Alfonso mangoes.

Langara is a renowned variety of mango which is grown mostly in Varanasi and a few parts of West Bengal. ‘Langra’ means a person without legs, and since the mango was first cultivated on a farm owned by a man without legs, it is referred to as such. You must taste Banaras special mango available in the summer season from July to August to enjoy its juicy and sweet flavour.

Lucknow, the city of nawabs is famous for its mango cultivation as well. This city in Uttar Pradesh along with a few others has many mango cultivation farms that offer mangoes to the country from May till the end of August. Dasheri mangoes can be differentiated easily from others due to their green peels and sweet taste.

Safeda is also known as Baganphuli or Benishan mango. It is popular in West Bengal and Andhra Pradesh. This mango variety is also known as the king of mangoes in southern parts of the country as it is more bigger than other mango varieties. The average weight of mango is around 350-450 grams making it significantly large. The skin of the fruit is firm and thick while the taste is very sweet. Safeda mango is also rich in Vitamin C and A.

5. Amrapali Mangoes of many Indian states

Created in 1971, Amrapali mango is a hybrid variety. The first set of this variety was a cross breed between Neelam and Dasheri mangoes. Amrapali mangoes are grown on many farms across the country and are known for their reddish colour flesh. However, this mango variety does not have a good shelf life when ripened as compared to other varieties available in India.

Murshidabad, one of West Bengal’s Nawab cities is known for its large variety of excellent mangoes. This city is around 230 kilometres from Kolkata and is easily accessible by road and rail. Himsagar mangoes are available from May to early June. Murshidabad is a key producer and exporter in India noted for varieties such as Kishan Bhog, Himsagar, and Begumpasand.

In the nearby regions of Uttar Pradesh, you will find a particular variety of mango called Chausa. Hardoi has huge farmland of such variety and can be reached from Lucknow which is just 112 km from the city. The mangoes are available from July till August. People prefer eating this variety without cutting i.e., by sucking its flesh. The mango has a fine aroma and is yellow-coloured.

The delicious flavour and saffron appearance of Kesar mangoes earned them the title. This mango cultivar is known as the ‘Queen of Mangoes’ because of its characteristic sweet flavour. Kesar mangoes are popular in the Girnar Hills in Junagadh, Gujarat. These hills are 320 kilometres from Ahmedabad and are accessible by road and train. Kesar mangoes, which are available from May to July, are prized as a flavouring for unique cuisines.

Badami mango is mostly found in the northern parts of Karnataka. The mango tastes amazing and looks similar to that of Alfonso. These mangoes are available from May till July.

Gulab Khaas Mango, as the name suggests, is a delicious fruit with a rose flavour and taste that mango enthusiasts will like. Because of its non-fibrous pulp, this fruit has a rosy pink or red peel and is frequently used to make mango-based sweets. Gulab Khaas mangoes, which are available between May and June, are tiny in size and marketed in abundance in states such as West Bengal, Bihar and Jharkhand.

Bangalore in Karnataka is famous for Totapuri mangoes which are also known as Sandersha or Bangalora mangoes. The mango is medium-sized with green-yellow hues. This delicious fruit is available from May to July and is considered one of the important mango flavours in India.

The sweetest and most distinctive kind of Neelam mangoes comes from the state of Andhra Pradesh in May and July, despite being farmed in practically every section of India. In comparison to other mangoes, Neelam Mangoes have a distinct sweet aroma and are often smaller, with mangoes that are somewhat orange in colour.

Yet another popular variety of mango that can be found in Karnataka is Raspuri mango which is available for a shorter period between May and June. The Raspuri mangoes are oval-shaped and have bitter skin.

Imam Pasand is a rare mango variety that is grown in portions of Telangana, Andhra Pradesh, and Tamil Nadu and is accessible in the months of May and June. It is renowned as the King of Mangoes for its distinct taste. Imam Pasand has delicate skin, a unique aftertaste, and excellent flavour.

Vanraj Mangoes are a unique species of mangoes available in Gujarat, particularly in the city of Vadodara. The costs of this fruit are often a little higher than average due to great demand. The Vanraj Mango has an oval form that resembles that of an egg but is somewhat bigger. The upper side of the exotic fruit’s skin has a scarlet colour to it, almost as if it’s glowing. Vanraj mangoes have good preservation quality because they are a mid-season variety, which also contributes to the large number of individuals who like them.