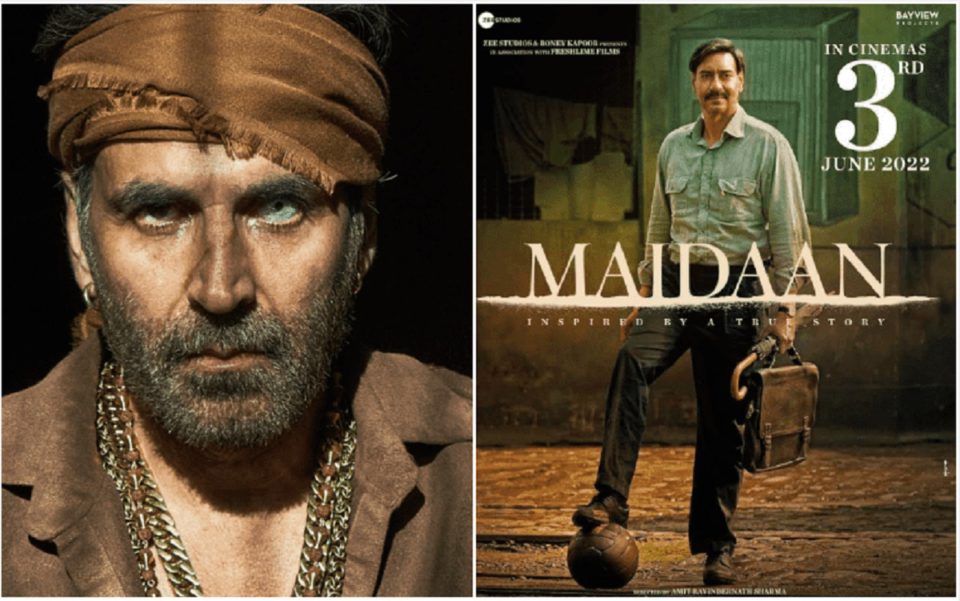 There were a few great movies in 2021 such as Sooryavanshi and 83 but some of them like Shahid Kapoor’s Jersey got postponed due to pandemics. We have listed below the name of a few Bollywood movies that have confirmed their release dates for your reference. There is a possibility that the dates might change in due course if any professional adjustments are made or censor certificates are issued.

Radhe Shyam is one of the upcoming Bollywood movies based on 1970 dramas in European countries. The movie was shown in Hindi and Telegu simultaneously, starring Prabhas as well as Pooja Hedge. Although being set to release on January 4, it seems that it will get postponed because of the ongoing surge in new virus variants.

This upcoming Bollywood movie in 2022 is based o the life of Prithviraj Chauhan. Lead actors include Akshay Kumar and Manushi Chillar. In addition to Sonu Sood, Ashutosh Rana, and Sanjay Dutt, we will also see a few others in this historical drama.

John Abraham’s Attack is another upcoming Bollywood movie in which the actor is seen fighting for the nation. John is sent for a rescue mission in the movie as per sources.

Gehraiyaan, starring Siddhant Chaturvedi, Deepika Padukone, Rajat Kapoor and Naseeruddin Shah is a romantic drama set to release in 2022. The movie is expected to get premiered on Amazon prime under Domestic noir labels.

One of the most anticipated movies, Gangubai Kathiawadi is based on the Mafia Queens of Mumbai. This is a true story that revolves around the life of Ganga, Alia Bhatt, marking her territory swiftly. She is claimed to be the Queen of Kamathipura.

This upcoming Bollywood movie in 2022 features Ranveer Singh, Boman Irani, Shalini Pandey, Deeksha Joshi and Ratna Pathak Shah. The movie revolves around a social comedy in which men and women are viewed as equals by a man.

Starring Akshay Kumar and Kriti Sanon, this upcoming Bollywood movie will have Jacqueline Fernandez too. This movie is a remake of Veeram released in 2014 in which an ageing gangster named Bachchan Pandey’s daughter gets killed by his associates. He teams up with his daughter’s lover and a classmate to bring justice.

Shamshera, another upcoming Bollywood movie featuring Ranbir Kapoor, was originally scheduled to be released in 2020, however, Covid postponed the release date to 2022. Along with Ranbir, we will witness Vaani Kapoor and Sanjay Dutt, who will play the adversary. The film is an adaption of Howard Pyle’s classic Merry Adventures of Robin Hood, set in pre-independence India.

This upcoming Bollywood film of 2022, a solo sequel to the 2007 renowned horror-comedy film Bhool Bhulaiya, will be released on March 25. Kartik Aaryan, Tabu, and Kiara Advani appear in this comic horror. Because the first film had several entertaining situations, some of which became memes, it will be fun to observe how the sequel turns out.

This upcoming Bollywood film of 2022, starring Ayushmann Khurrana, is said to be a thriller. Given Khurrana’s track record of committing to high-quality projects, we should expect the same from this film.

Rajneesh Razy Ghai’s Dhaakad is billed as an espionage thriller. Kangana will play the part of Agent Agni, a police officer. The first session of the film was earlier shot in Madhya Pradesh. Arjun Rampal and Divya Dutta both play important parts in Dhaakad.

This 2022 Bollywood film is a historical drama and a follow-up to the 2018 KGF- Chapter 1. We shall witness the outstanding performances of performers like Yash, Sanjay Dutt, Prakash Raj, Srinidhi Shetty, and Raveena Tandon.

This upcoming Bollywood film of 2022, starring Aamir Khan, Kareena Kapoor, and Naga Chaitanya, is a Hindi version of the American film Forrest Gump, which is based on the same-named novel. After a year’s delay, it’s finally set to enter theatres and hit our imaginations, given it’s an adaptation of a terrific film.

Maidaan, Ajay Devgan’s latest project, is said to be an emotional journey for the actor. He said in an interview, “It is a fabulous story, director Amit Sharma has done a great job. Times have changed, storytelling has changed. There are no deliberate commercial elements added to a film today, be it a song or the romantic angle,”.

This upcoming Bollywood film of 2022 will be a comedy-drama starring Varun Dhawan, Anil Kapoor, Neetu Kapoor, and Kiara Advani, along with Prajakta Koli and Manish Paul. The film is planned to be released on June 24 and seems intriguing due to the outstanding stars in it.

Ranveer Singh is recognized for his eccentric personality, which makes him an ideal choice for a comedy picture in which he plays a dual part for the first time in the series. This upcoming Bollywood film of 2022, starring him with Pooja Hegde, Jacqueline Fernandez, Varun Sharma, and many more, is the official remake of the 1982 film Angoor, which was adapted by Shakespeare’s play The Comedy of Errors.

This upcoming Bollywood film in 2022 is a horror-comedy starring Katrina Kaif, Siddhant Chaturvedi, and Ishaan Khatter. This film along with Ranveer Singh’s Cirkus, will be released on the same date. Despite the fact that we don’t know much about this film, we know it will be a box office success just on the cast.

Directed by Anand L Rai, Raksha Bandhan stars none other than Akshay Kuma and Bhumi Padnekar. The actor feels that the storyline of the movie touched his heart immensely which made him sign the movie instantly. In addition to dedicating this film to his sister Alka, he dedicates it to the brotherhood of all human beings.

This upcoming Bollywood film in 2022 is a sports action film starring Vijay Deverakonda as a boxer. Ananya Panday and Mike Tyson will also be marking their acting debut in the Indian film business. The movie which revolves mostly around Lalit, an ambitious boxer, will be released on August 25. This film like any Bollywood film, has its good bit of heat.

Ranbir will play Shiva, a man born with unique abilities in the movie, that has been in the works for 4 years. Amitabh Bachchan will portray Ranbir’s guru in the modern-mythos drama, which also stars Alia Bhatt in the lead role. Mouni Roy, a television celebrity, will play the villain, while Nagarjuna, a south star, will also play an important role. On September 9, the picture will be shown in IMAX 3D and 3D, in addition to its conventional format. Shiva, a young man with abilities, travels 3000 years back to a pre-Mahabharatha age in the film, which is split into two timelines.

Vikram Vedha, starring Hrithik Roshan and Saif Ali Khan, is the Hindi version of the Tamil neo-noir action thriller of the same name, which starred R Madhavan and Vijay Sethupathi. Saif and Hrithik will play cops and gangsters, respectively, in the flick.

The film includes prominent Telugu film actors N.T. Rama Rao Jr. and Ram Charan, as well as Bollywood sensation Alia Bhatt and several foreign talents. This imaginary 2022 Bollywood film is about two great rebels in the 1920s beginning on a trip away from home to fight for their nation.

One such comedy-horror film and the upcoming Bollywood film in 2022 will be India’s first werewolf motion picture. It is the third edition in Dinesh Vijan’s horror-comedy realm, following Roohi and Stree. Varun Dhawan and Kriti Sanon would perform the major parts, with Janhvi Kapoor and Flora Saini repeating their parts from the first two films.

The film, which stars Ishaan Khatter, Soni Razdan, Mrunal Thakur, Priyanshu Painyuli, tells the narrative of the Battle of Garibpur. This upcoming Bollywood film of 2022 will be based on Brigadier Balram Mehta’s book about the 1971 India-Pakistan conflict. It would depict the fight of Brigadier Balram Mehta and his family.

Best Credit Cards in India to Select From in 2022