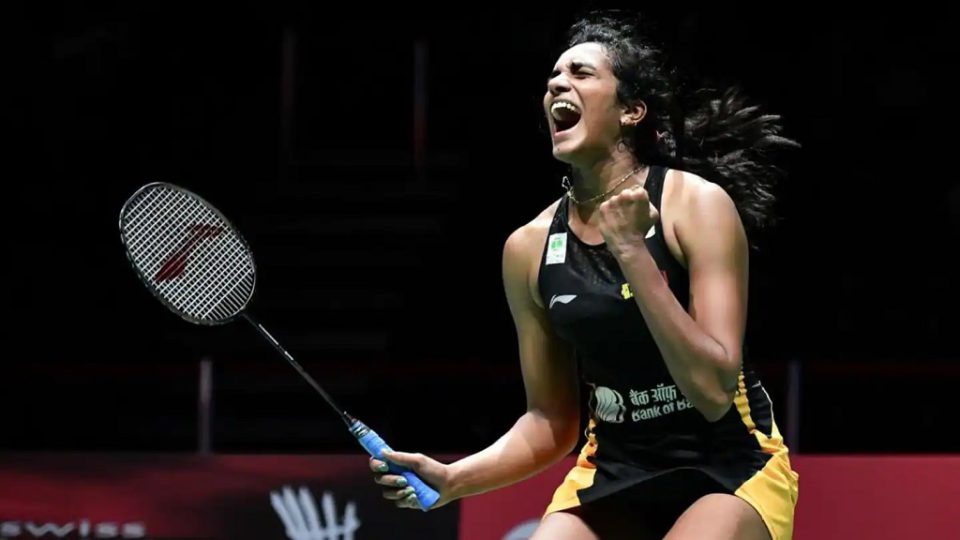 P. V. Sindhu is very much an Indian professional badminton player who rose to prominence after earning a silver medal at the 2016 Olympic Games in Rio de Janeiro. She was and still is the youngest Indian female winner of a silver medal there at Olympics with this victory. She also joined Saina Nehwal as the only other Indian badminton player to earn an Olympic medal. She became the first Indian woman to win a bronze medal in the women’s singles event at the 2013 Badminton World Championships.

She won another bronze medal the following year. She has already won several medals for her country, which has helped her receive the Rajiv Gandhi Khel Ratna as well as the Arjuna Award, the country’s highest sports distinction. In March of 2015, she also was given the Padma Shri award, India’s 4th highest civilian honour. Her coach, Pullela Gopichand, believes that her tenacity and commitment to the game seems to be the basis for her success.

The Hyderabadi had made history by becoming the first Indian shuttler to win an Olympic medal, earning the nickname “Dragonslayer” for her continuous performance against high-level Chinese opponents.

PV Sindhu, when she was 17 years old, decided to make her international debut at that time.

There in the quarter-finals of the China Open Super Series, the Indian scored a high-quality triumph over China’s newly minted Olympic champion, Li Xuerui, to set the tone for what was to come.

PV Sindhu exhibited superb match awareness in the first game to negate Li Xuerui and grab a 1-0 lead over the Olympic champion, but the Chinese ace came back strong in the second to equalize with a 21-9 thrashing.

Even if many expected PV Sindhu to wilt under duress & concede the match, she demonstrated her character by going toe-to-toe with the Chinese shuttler and putting her skills to the test with some excellent stroke selection and great net play before emerging triumphant.

PV Sindhu is known for her ability to play huge games. Her performances at World Championships, World Tour Finals, and the Olympics have all reflected her unwavering determination.

There have, however, been bad periods for the Indian ace. But one such streak occurred in 2018 when she lasted 13 months without winning a tournament despite reaching seven finals.

Critics questioned her ability to win critical points at crucial moments after close losses to quality opponents at crucial junctures during competitions. However, in the season-ending BWF World Tour final in China, the Indian badminton star will dispel all sceptics with a strong performance.

The title was won by PV Sindhu. Nothing summed up her performance better than her victory in the group round of the competition over the then-world number one Tai Tzu Ying of Chinese Taipei, versus whom she had lost six consecutive matches.

PV Sindhu, who had previously gone into her shell and adopted a defensive posture if she saw her opponent rally into a tie, was calculated in her attempts at the China event, relying on her capabilities to take her through and draw level.

She increased the ante to take seven straight points to seal up the match after fighting her path back into the tie after lost the first game.

The 2019 BWF World Championships final is a champion’s thrill

PV Sindhu’s best performance came at the World Badminton Championships. She is by far the most successful Indian there at World Championships, having won a gold, two silvers, plus two bronze medals. She had to wait six years for her first medal, a bronze, at the 2013 event in Copenhagen, Denmark.

This time, the Japanese Okuhara stood in her way, having defeated her 2 years ago in a one-hour and 50-minute flight. There was no such drama during the 2019 event, as PV Sindhu gave it her all despite losing the first point after a 22-shot rally.

During one of the most lopsided Worlds finals ever, she won in 37 minutes.

Olympians who have represented their country on a world stage. Some gave honour, whereas others conveyed hope. Women who inspire us as well as convince us that everything is possible, particularly after the year we have had. Women who have raised their voices and given those who do not have one a voice. There are far too many to name, but this group of 40 women will inspire us to keep our heads held high as we march forward.

PV Sindhu as an Olympian and a badminton player

PV Sindhu seems to have been a household name in India for a long time. She won a bronze medal for India’s star badminton player at the 2016 Summer Olympics in Tokyo, contributing to the country’s total of seven medals and helping India finish 48th in the medals tally, the country’s highest placing through over four decades. The world’s current #7 player is the first Indian to win the Badminton World Championship and only the second Indian single athlete to win two consecutive Olympic medals — she earned silver at the 2016 Summer Olympics at Rio.

Her parents have both been national-level volleyball players, and she was born and reared in Hyderabad. Pullela Gopichand, 2001 All England Open Badminton winner, influenced her decision to play badminton rather than volleyball. Mehboob Ali was her first coach, as well as she began playing badminton on the grounds of the Indian Railway Institute of Signal Engineering & Telecommunications in Secunderabad. Her next stop was the Gopichand Academy, wherein she continued her training with Korean Park Tae-sang in preparation for the Tokyo Olympics. Therefore, as they say, everything rest is history.

Sindhu earned her international debut at the age of 17, having started playing professional badminton just at the age of 13. The 26-year-old currently has a total of 264 victories in her professional career. Sindhu has indeed been awarded the Rajiv Gandhi Khel Ratna, the Padma Shri, as well as the Padma Bhushan for her contributions to sports. During 2018 and 2019, she was one of the highest-paid female athletes.

Sindhu has already established a name for herself and will undoubtedly bring India additional honours.

These 10 Fashion Trends Are Making a Comeback From the ’90s- and We’re Loving It!