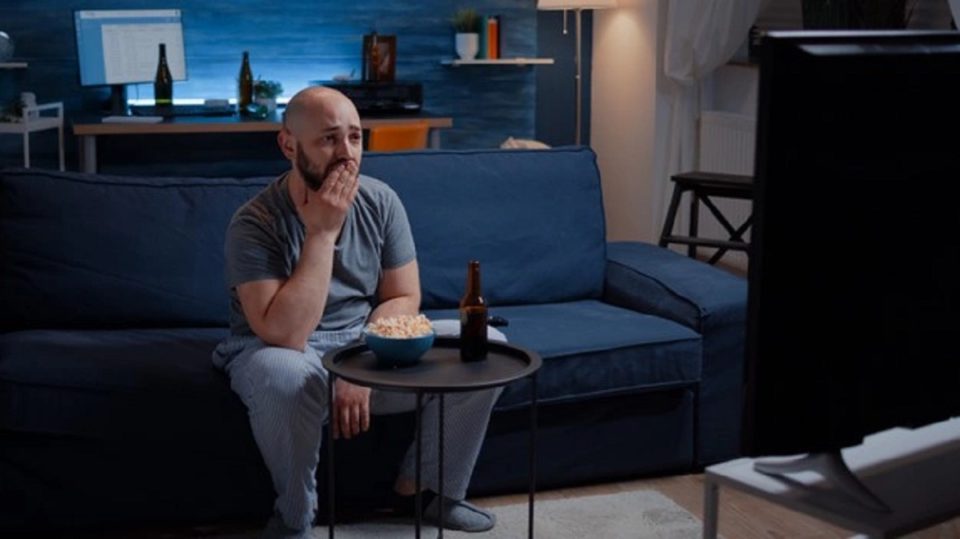 Dealing with depression can be a tough notion to understand, especially when you are not that aware of psychology. When it comes to mental health, “Depression” is the most sensitive topic and often should be talked about in open. It’s a concept that people should be well aware of, not hide it and communicate more.

Gladly with the changing times, sensitive topics are considered openly so that people don’t feel awkward while sharing their problems and also it helps to create a safe environment. Last year, the sudden demise of Bollywood actor Sushant Singh Rajput had jarred the whole Bollywood fraternity where it was reported that the actor was battling depression. Clinical depression is often like a silent killer, where many people who suffer from mental illness or mental health disorders never try to solicit help during their whole life which leads to ultimate suffering and pain. According to research that the stereotypes about mental illness often stop people from speaking out or seeking treatment.

Cinema is a powerful means of communication. A well-made movie on a discredited topic can instil seeds of change and start conversations that will hopefully bring about a positive outcome. Many movies showcased beautifully treating the mental illness respectfully instead of contributing to stigma. Here are some of the tops picks of movies that showcased depression elegantly.

This is the story of Lance Clayton, a failed author and high school poetry teacher who is dating a woman and does want to publicly acknowledge their relationship. He also has a son who is an imbecile and pornography-obsessed. When one day his son dies due to an autoerotic asphyxiation accident, Clayton arranges his body so that it looks like he committed suicide and then writes a fake but beautifully poetic suicide note which claimed that his son died because of depression.

The movie shows that Clayton was the one who is depressed and that’s what helped him to write such a convincing suicide note. The community who once deemed his son as nothing but a jerk and loser now praises him as a talented poet who suffered from mental illness.

In short, we become sympathetic if someone with depression dies by suicide.

Depression also occurs in people who suffer from chronic pain, disability, or illness. In this movie, the main protagonist, Claire strives with depression after losing her son in a car accident. Losing someone very close leads to a cause to experience chronic pain. An estimated 100 million people in the U.S. suffer from chronic pain, contributing to a global total of 1.5 billion people. This movie perfectly shows that a chronic pain patient affirms chronic pain’s status as an invisible illness. The sadness and feeling of hopelessness regarding her recovery make her feel like all she can do is complain about life.

The movie unravels slowly, and that can be summoned to be fed the plot bit by bit, especially when most movies pride themselves on their quick and adroit pacing. For chronic pain patients, comprehending their struggles onscreen may just be the first step to bringing more awareness to their condition.

Directed by Gauri Shinde, this Bollywood movie revolves around a cinematographer named Kaira (Alia Bhatt) who goes through a rough patch in her life. She moved back with her parents who had earlier abandoned her due to financial problems. She has an anxiety issue, insomnia, unstable lifestyle to which she decided to meet Dr Jehangir (Shahrukh Khan), a therapist who helps her to overcome her sorrow and directs her to get a new aspect in her life.

This movie showed that sometimes therapy is a normalized aspect of self-care. Here the protagonist has a system of support and care that is very important for struggling with mental health infirmities. This film is important because it normalizes therapy as a great option to deal with the emotional ups and downs that life throws at us.

Lars von Trier’s Melancholia starring Kirsten Dunst is a film that is basically the cinematic form of depression and anxiety. Here the director represents this mental disorder in the film’s protagonist, Justine by using cinematic techniques to give viewers twisted senses of time and space.

The protagonist here perfectly portrays the acute anguish and the paralyzing hollowness of depression which causes her to feel like everything is pointless. The titular planet that is about to collide with Earth and destroy everyone is a metaphor for how devastating depression can be. She is here very impulsive and self-indulgent which makes her hard to think about further consequences. The story touches on the obsessive-compulsive that urges to drive her self-destructive behaviour and the dull ache of depression.

Directed by Aparna Sen, 15 Park Avenue is perhaps one of the most hauntingly beautiful movies which star Shabana Azmi, Konkana Sen Sharma, Waheeda Rehman, and Rahul Bose. Konkana Sen Sharma as Meethi has some emotional attachment which gives the view to evoke sympathy, not empathy. Methi portrays as young women with schizophrenia and the narrative deals very well with the trauma that can trigger mental ailments as well as the challenges that a serious illness poses to family dynamics. She lives in an alternate reality where her family lives at an imaginary 15 Park Avenue. It also shows the difficulties a disease like this can pose for the family without sugar-coating it. We see a certain amount of infantilizing of Meethi’s character but we don’t see any romanticizing of mental illness or pandering in the story. We neither see a cathartic happy ending also.

Pat played by Bradley Cooper is forced to move back with his parents after spending time at a mental health hospital. His untreated symptoms of bipolar disorder caused him to lose his wife and kids and now he is more stubborn than ever to get his family back.

Then he meets Tiffany played by Jennifer Lawrence and involves romantically with her. Pat’s bipolar disorder and Tiffany’s unnamed situation exhibit themselves in ways that are realistically, even heartbreakingly worldly.

Tiffany texts relative strangers for booty calls when she gets depressed, and Pat channels his insanity into long jogs and rants about Hemingway. There has been some debate on if this film literally depicts bipolar disorder; however, it beautifully portrays the importance of relying on your loved ones for support.

National Award-winning Kaasav, a Marathi film, talks about depression, treatment, suicide, and loneliness. Directed by Sumitra Bhave and Sunil Sukthankar, it traverses the simple life of Janaki, who consults a psychiatrist for her mental well-being. She comes across a suicidal young man, nurses him in her beach house, and lets him heal on his own terms. Nature, human relationships, and cinematic excellence- altogether have the perfect blend in this Marathi movie. The turtle metaphor of hiding and healing plays through the dialogues and great acting, where it shows how a mother turtle tends to its offspring. Kaasav is a delicate and nuanced take on depression and recovery.

8. Its Kind of a Funny Story

In “It’s Kind of a Funny Story” is about Craig, a 16-year-old who is performing well in school and generally has a good life. Depression doesn’t need to come from trauma, abuse, despair, toxic environments, or a dysfunctional family. It is both an illness and a way of observing the world. Most of his depression emanates from the tenet that any failure in his life will destroy him down the line. He feels like he’s not good enough in every conceivable way. After recognizing his depression, he admits himself to a mental hospital. Even when people have relatively easy lives, they can envision a series of fallacious negative beliefs that immerse them into depression and suicidal thoughts.

Indians Can Travel to These Countries Visa-free! Check Them Out