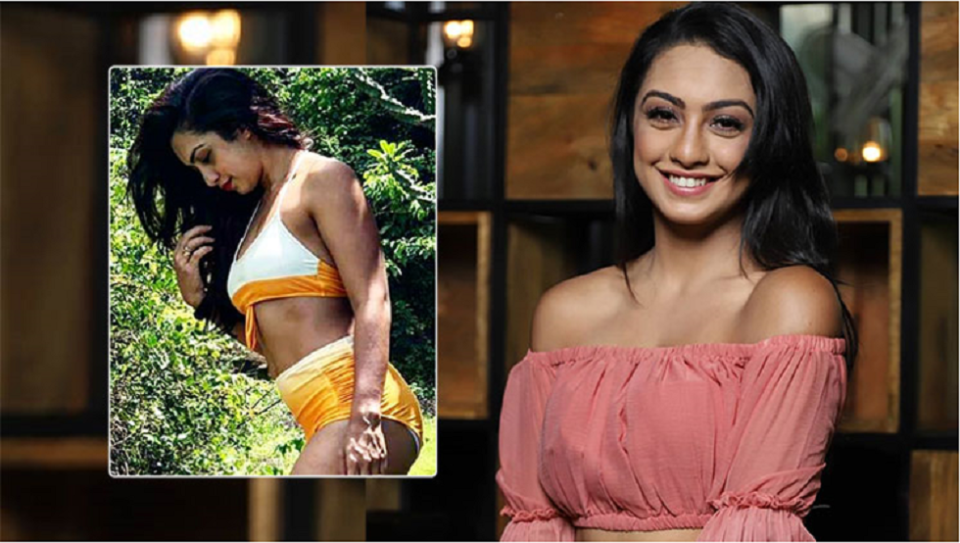 Abigail Pande is one of the Indian actresses, a yoga practitioner and a dancer. She is popular among small screen stars and is seen in the news more frequently due to her bold pictures shared on Instagram. Sanam Johar is Abigail’s boyfriend who is a famous choreographer and choreographed for various TV shows.

While Abigail Pande is mostly known for her acting skills, Abigail as a dancer has also been praised a lot. She has millions of followers from the world on Instagram who loves Abigail dance immensely. She married her boyfriend Sanam Johar more recently and have also paired with him in Nach Baliye, a reality dance show.

Many people wonder why Abigail is sometimes called Pande while other time she is known as Jain. Well, the reason is her biological father surname is Jain. Her mother remarried and Abigail’s stepfather adopted her. As a result, Abigail got a new surname of her adopted father and she became Abigail Pande from Abigail Jain.

Abigail started working at a very tender age and became an actress in a short period. She has a very cute and enchanting smile that contributed in greater her bigger fan base than most of the other small screen actresses. She completed her schooling at Bandra’s St. Joseph convent. She loved playing football and dancing when in school. You will be amazed to know that Abigail Pande had learned Kathak also and had completed her college in Sophia College, Maharashtra.

Abigail started her career at a very young age of 15 by starring in a television show named Kya Dil Mein Hai in the year 2007. She portrayed herself like a Bengali girl which made Kakoon name her household name. After her first show, she bagged Humse hai Life in which she won various accolades as well as many critical acclaims.

Besides working for television shows, Abigail Pande appeared in many real-life stories-based programs such as Pyar Tune Kya Kiya, Gumrah: End of Innocence, and Yeh Hai Ashiqui. She had once participated in a reality TV show based on dancing named Nach Baliye that was judged by none other than Saroj Khan and Malaika Arora. She also took art in Lux Kaun Jeetega Bollywood ka Ticket. More recently, she was seen in few episodes of a famous television show named Lal Ishq.

Abigail Pande is not only famous for her stunning looks and cute smile but also for a perfect body figure. She is 5’4″ tall and maintains an ideal body weight of around 53 kilograms. From her interviews and Instagram posts, you can easily make out that Abigail Pande is a fitness freak and a health-conscious person. She always takes care of her body and appearance which is why she is seen frequently in front of her gym. When looking at her, you may find Abigail’s eyes are brown in colour while her hair is typically black.

Abigail Pande was born on 27th February 1992 in a middle-class Hindu family. Her father, Rajiv Jain is an Indian cinematographer and her mother Faylene Pande a homemaker. Few years after Abigail was born, her mother separated from her husband and married Vijay Pande who is a popular director in the television industry and worked for various TV programs.

Abigail Pande’s younger sister name is Kimberly Jain who is an actress too and works for the small screen. Abigail dated a dance choreographer named Sanam Johar for a few years after which she married him.

Last year, Abigail Pande along with her husband Sanam Johar were called by NCB regarding drug case interrogations. Since the drug angle case developed after Shushant Singh Rajput’s death, the NCB is finding Bollywood stars who have been involved with drug pedlars.

After the pair were questioned repeatedly by the NCB, sources claim that the pair has some involvement with the drug case. A drug pedlar named Karamjit and Sanket had previously supplied drugs to the pair. However, it is also claimed that the pedlars keep taking new names each day of celebrities and actors whom they supplied drugs. The case is still under verification.

Some Lesser-Known Facts About Abigail Pande