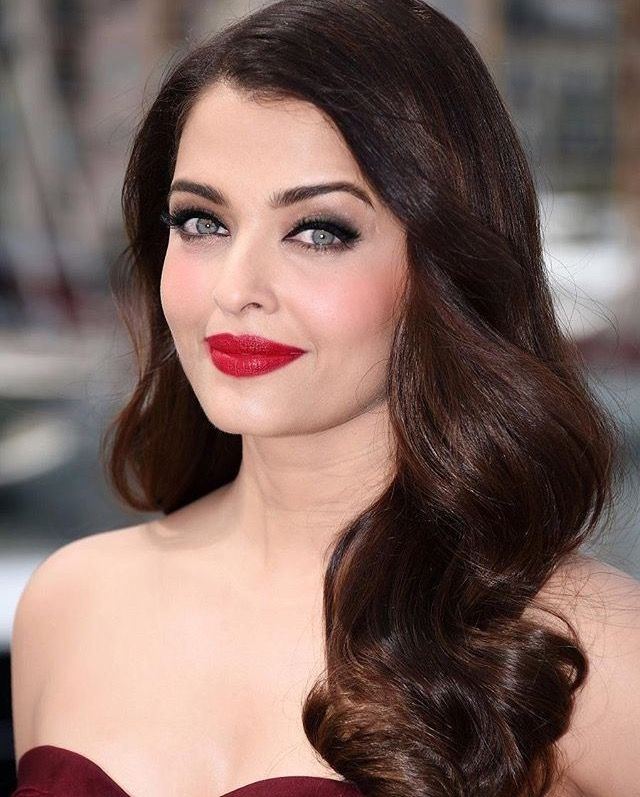 Aishwarya Rai Bachchan, former Miss World and a 46-year-old mother is among most beautiful women in the world. The global pandemic spared no one including the Bachchan family which have made Aishwarya and her family admitted to the hospital. According to a renowned newspaper column, “After Amitabh Bachchan and Abhishek Bachchan, Aishwarya Rai Bachchan and her daughter Aaradhya have been shifted to Nanavati Hospital,”. Both mother and daughter are in better condition now.

Who is Aishwarya Rai Bachchan?

Aishwarya Rai Bachchan needs no introduction. The entire world is aware of the charisma possessed by her and her family. Born on 1st November 1973 in Karnataka’s Mangalore, Aishwarya established herself as one of the prominent and famous superstars in India. She has a brother named Aditya Rai who is an engineer by profession and producer by choice. The movie Dil Ka Rishta released in the year 2003 was produced by Aishwarya’s brother.

Aishwarya Rai Bachchan wanted to be an architect

Since childhood, Aishwarya was fond of dance and had learnt classical dancing and music in a very tender age of five. Since her father Krishnaraj was a biologist, Aishwarya was also fond of zoology and desired to pursue her career in the medical science field. Later, she decided to become an architect and got herself enrolled in Rachna Sansad Academy of Architecture. Soon, she gave up her dream of becoming an architect and started focussing upon modelling as a career.

In 1991, Aishwarya won Ford’s International Supermodel contest and was also featured in the famous Vogue magazine. She got instant popularity after being featured in Pepsi ads together with Mahima Choudhary and Amir Khan in 1993. In 1994, she joined the Miss India pageant and became the 1st runner up. Susmita Sen won the trophy that year. Aishwarya was also crowned for Miss India World in the beauty pageant and thereafter represented India in the Miss World contest. The Miss World contest was held the same year in South Africa’s Sun City. The gorgeous belle won the contest and made India proud by winning the Miss World pageant. Soon after she was made the ambassador of peace during her one-year time spent in London. She continued modelling until she got a break in Bollywood.

In 1997, Aishwarya made an entry to the world of cinema. She was starred in Mani Ratnam’s political film, ‘Iruvar’ featuring Mohanlal, Revathi, Tabu and Prakash Raj. The very same year, she got another movie, ‘Aur Pyar Ho Gaya’ where she was casted opposite Bobby Deol. Although the film was not successful commercially, Aishwarya won the Star Screen Award for Most Promising Debutant in Bollywood that year. Next year, ‘Jeans’ was released that was written and directed by S. Shankar. She was casted in the lead role and the movie was one of the most expensive movies made in India during that time. Since the movie was a huge success, it was dubbed in other languages like Telegu and Hindi. Aishwarya was acclaimed for her acting and dancing skills and interestingly, she learnt how to dub her own dialogue in different languages.

Making of a Legend

In 1999, things changed for Aishwarya. She was starred alongside Salman Khan in the movie ‘Hum Dil De Chuke Sanam’ directed by Sanjay Leela Bhansali. She won the best actress award for the movie in popular award shows such as Star Screen Awards, Filmfare and IIFA 2000. The very same year, she was signed for ‘Taal’ which turned to be another hit in the musical drama category. She also acted for Aditya Chopra’s Mohabbatein opposite King Khan. The movie was the second highest-grossing film that year and Aishwarya was nominated for Best Actress Role in the film fare awards.

In 2002, Aishwarya Rai Bachchan was casted again by Sanjay Leela Bhansali for an award-winning movie ‘Devdas’. She has starred opposite to Shahrukh Khan once again. Devdas became one of the iconic movies for Aishwarya as the movie was based on Sharat Chandra Chattopadhyay’s novel ‘Devdas’. She again bagged best actress award in almost every award function and appeared in a neo-noir thriller and drama ‘Khakee’ along with Ajay Devgan, Prakash Raj, Atul Kulkarni, Akshay Kumar and Amitabh Bachchan.

Although Aishwarya has given many hits in her lifetime, Jodha Akbar is an exception to all. The movie starring Aishwarya Rai Bachchan and Hrithik Roshan has completed around 12 years and was produced by Ashutosh Gowariker. The historical love story is based on Jodha Bai and Akbar’s love life was released in 2008. The movie contains many surprising facts.

You will be amazed to know that to commute the authenticity and pureness in the character of Jodha Bai, Aishwarya’s eyes were concealed and she was made to wear brown lenses to look perfect for the role. This was also the first movie where she was mentioned as Aishwarya Rai Bachchan as she got married to Abhishek Bachchan just before the release of the film.

During the shooting of the film, Ashutosh wanted her and Hrithik to stay in the Karjat where the film was directed rather than commuting to Mumbai more often. This was because the director wanted the actors to stay in the character and hence small cottages were built for them.

Controversies surrounding Aishwarya Rai Bachchan that can leave you stunned

Although the Bachchan Bahu is regarded as an idol Bahu these days, there were times when Aishwarya was haunted with loads of controversial statements, family drama and touches of humour.

Whenever we talk about Aishwarya Rai Bachchan, her relationship with Salman Khan remains on the top list. She and Salman became friends and more during their movie ‘Hum Dil De Chuke Sanam’. Later, Aishwarya accused Salman Khan of harassing and molesting her. The couple finally broke up in 2001.

Soon after breaking up with Salman Khan, Aishwarya Rai Bachchan started dating Vivek Oberoi. This formed a real-life love triangle between the three. Furthermore, Vivek Oberoi called media and challenged Salman Khan to not to do any harm to Aishwarya. He also confessed that Salman called him more than 41 times to threaten him. Aishwarya frowned on Vivek Oberoi claiming that he was immature to do such a thing and ended up with Vivek Oberoi also.

Aishwarya Rai claimed as One Million Dollar gift for one night!

The worst ever horrific controversy that can be faced by any celebrity is the controversy faced by Aishwarya in the year 2008. She faced the dirtiest comment made by a Chairperson and a politician in Pakistan named Asif Zardani who told media that they had called Aishwarya rai Bachchan at night and paid I million dollars for a single night to entertain them. Though no such evidence was found of Aishwarya visiting Pakistan and the claim turned to be no more than a dirty politics played upon Aishwarya.

This is another worst controversy faced by Aishwarya Rai Bachchan about her being in relationship with her own father-in-law Mr Amitabh Bachchan. Since the media got one picture of them spending time together, people thought that they were dating.

During an event, Ajay Devgan hugged Aishwarya on stage. It was at that time the media clicked the picture from a wrong angle which looked like Ajay kissed Aishwarya. Though they seemed to be kissing each other publicly, they were actually hugging like co-stars.

The iconic kissing scene in the Dhoom 2 turned Aishwarya’s career. The Bachchan Bahu was not expected to kiss on-screen with other guy and hence she was stopped from acting that time. Aishwarya took a long break after the release of the film and was again seen on the silver screen in 2017. Due to the bold and intimate scene shot with Ranbir Kapoor in the film ‘Ae Dil Hai Mushkil’, she again had to face her family’ angriness.

Aishwarya became a part of a big jewellery brand in 2018. In a picture, she is seen wearing a traditional attire while a child is carrying an umbrella for her. The picture turned out against her and she had to face allegation concerning child labour.

Aishwarya and Abhishek starred together in the movie ‘Dhai Akshar Prem Ke ‘and Kuch Na Kaho. The couple fell in love while shooting for Dhoom. On 14th January 2007, their engagement was announced officially and confirmed by Aishwarya’s father in law Amitabh Bachchan himself.

On 20th April 2007, Aishwarya got married to Abhishek Bachchan as per traditional Hindu marriage. The marriage ceremony was held privately at the Bachchan’s residence. On 16th November 2011, Aishwarya gave birth to a girl and named her Aradhya.

How to Pay LIC Premium Online? Step by Step Guide for Online Payment