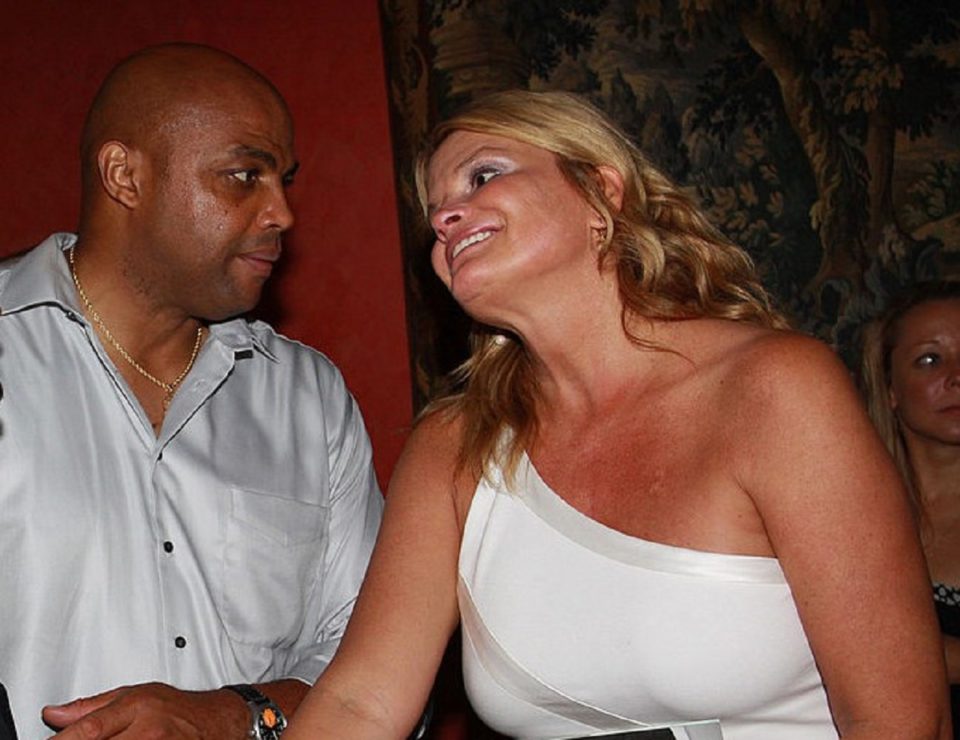 There is a famous saying that behind every successful man, there is a woman. So many times, women proved this phrase true by being a strength behind their men. Some women come to the limelight because of their celebrity husbands yet some choose to stay away from outer world and still support their men silently. Today, you will learn about such a woman who kept her away from media and limelight, get a wife of a very famous sportsman.

You all must have heard the name of NBA Hall of Fame ‘Charles Wade Barkley’, a famous American former Basketball Player, who played 16 sessions in NBA. He was a star sportsman and had a huge fan following (especially female fan following) in his sports days. He is a 11 -times NBA All Star. He is now an analyst on TNT. Maureen Blumhardt is the wife of Charles Wade Barkley. Charles and Maureen got married in 1989 and since then they are happily living together, but surprisingly very few people know about the better half of this former footballer. It is said that Charles Barkley keeps his family away from public, because he is a secretive guy. This couple rarely seen in public.

Well, we have gathered some details of this amazing and hidden lady for you.

Maureen Blumhardt was born in Scottsdale, Arizona, US on 15th January in an ordinary household. Most of her childhood she spent in Arizona. Maureen Blumhardt joined ‘Columbia Journalism School’ for her further education after being graduated from ‘Villanova University’.

Maureen wanted to join film industry to become an actress, but due to the circumstances, she couldn’t choose this path. Then she chose to become a weight loss machine model and worked on promoting Noblerex K-1. For a long time, she worked as a model and struggled to get some films, but it was not that destiny decided for her. Then she took a very strong decision and started charitable works for women. She connected with ‘Fresh Start Women’s Foundation’, which was a non- profit organization for women’s rights and welfare. She became a very strong pillar and a loud voice of that organization. The works that Maureen did by being associated with this foundation was to give protection to women and also ran many awareness campaigns to let them know about their rights. Maureen has made many extraordinary endowments to qualify and entitle women. She supported many needful women by providing them training and education so that they could earn and survive on their own.

Someone well said that Love is Blind, it does not see any colour, race, religion and boundaries. Same happened with Charles and Maureen. Charles was black and Maureen was white. They first met in 1980’s at a City Avenue Restaurant in Pennsylvania. At that time Barkley was playing for the Philadelphia 76ers and Maureen was promoting Noblerex K-1. Due to the racial differences, both of them were not comfortable talking to each other. But later they started meeting together and fell in love. But their togetherness and love faced too much criticism because of being from different races. Even their families were against the relationship. But as I wrote earlier, love see no boundaries, race, colour and religion. They didn’t care of what everyone thinks and says and followed their heart. They decided to get married in court. In 1989 they did court marriage in front of a judge, where media was not involved. For a long time, they both hid their marriage from media because of criticism and unwanted comments.

Maureen and Charles are married forever. Nobody has ever heard any kind of controversy or gossip about their married life. After thirty-three years of marriage, they are still living happily together. Since Charles is not an outspoken person about his family, but sometimes he stated that Maureen has influenced him positively in every step of his life. He also said once that she never judges him and accepts him how he is. She is a great mother and he loves talking to his wife for hours as both of them have a great sense of humour. They share some sense of humour interacting with their fans on twitter sometimes, Yes Maureen do have a twitter account surprisingly. Charles and Maureen live in Scottsdale, Arizona and easily manage to keep their personal life away from the spotlight.

Maureen and Charles have a daughter who is their only child. Her name is Christiana. Christiana is a journalist and like her mother she is also a private person who loves to be away from limelight. Like her mother Maureen Blumhardt, Christiana also works for charitable causes for women.

Maureen as a Person:

Because Maureen Blumhardt lives a very low-key life, so there is not so much information about her. But we can observe that she is a very optimistic person who believes in giving to society. She is still active in social welfare works for underprivileged women so that the women would be able to take her own decisions and manage her life needs. She is a role-model for many, to be a celebrity at the same time so grounded and helpful. As we see that people don’t believe in marriage institution, especially strong women, but Maureen sets an example in the society that trust, honesty, understanding and strong headedness can become your biggest asset for companionship.

Charles Barkley is indeed a very lucky person as he himself confessed many times, to have the best partner.