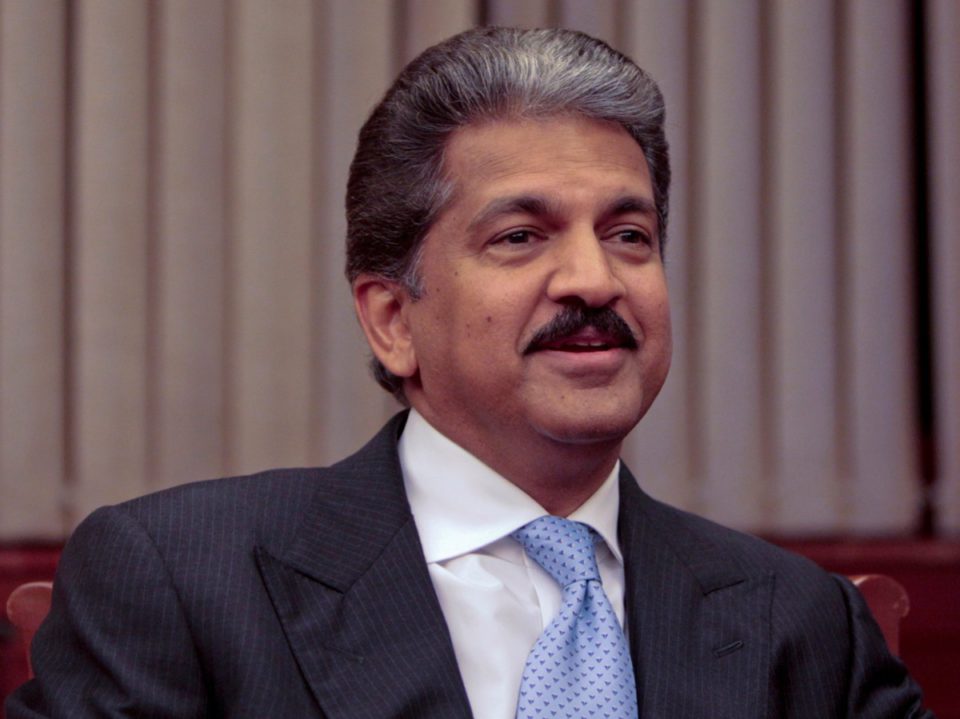 Anand Mahindra was born on 1st May 1955 in Mumbai to late industrialist Harish Mahindra and Indira Mahindra. He has two sisters Anuja Sharma and Radhika Nath. Anand completed his schooling at Lawrence School in Lovedale and studied architecture and filmmaking at Harvard University. He completed his MBA from Harvard Business School in 1981 and now can be found leading in various business sectors such as aerospace, agri-business and steel trading company.

Since its inception, the M&M company owned by Anand has grown into one of the leading companies in India which employ not less than 100k people globally. Anand Mahindra has excellently adapted to 21st-century ways and loves to promote digital innovation. He can be followed on Twitter as he is quite active on social media where he loves sharing his views and ideas.

The founder of the Mahindra group, K.C. Mahindra had three daughters and all three never showed any interest in his business. However, his second daughter, Indira Mahindra’s son Anand Mahindra took over his grandfather’s business to expand it further. Although K.C. Mahindra is Anand Mahindra’s maternal grandfather, he always supported him and taught him business techniques. Anand was also conscious of his family’s business size a reputation and thus he equipped himself with business management degrees before entering into his family business. Anand married Anuradha Mahindra who works for magazines. The couple is happily blessed with two daughters Divya and Aalika.

Anand Mahindra loves sports since childhood and thus participates in tennis, sailing and reading. He is also an ardent photographer due to his love for movies. He enjoys blues music and helped develop the 2011 Mahindra Blues Festival in Mumbai, which has since become an annual event. Renowned Blues performers from all over the world take part in this two-day festival, which is the biggest in Asia and is hosted every year.

Anand Mahindra which we know today is a successful businessman and a philanthropist. But what many do not know about him is the challenges faced at the beginning of his career. One challenge Anand Mahindra faced was in 1991 when he was given the work of M&M in the Kandivali factory. He had to deal with workers union strikes. All the workers surrounded Anand’s office and the crowd became hard to control.

Anand Mahindra listened to them and fulfilled their demand saying that workers were a valuable asset of his company whom he cannot afford to lose. Although Anand fulfilled workers’ demands, but after considering his company’s economic condition. He asked them to go to work at once failing which the yearly bonuses will be deducted. After the incident, M&M production rates increased remarkably.

The second big challenge for Anand was during the technology glitch faced by his company while building a car from the scratch. Therefore, he entered into a joint venture with Ford. But the Escort car failed once it was launched in the market. Anand didn’t lose hope and went for another car variant production without any joint venture. This gave birth to Scorpio which became an instant hit in the market. His new car’s popularity was not limited to India only but became an international demand for European and African nations.

Anand Mahindra, the champion of the Indian corporate sector

Earlier, the M&M company which was founded by Anand’s grandfather was in the manufacturing domain but over years, Anand entered into new domains like education, hospitality and real estate. When he entered business for the first time in 1981, Anand was the Executive Assistant of Finance Director of Mahindra Ugine Steel Company which is the leading producer of specialty steel in India.

Anand Mahindra works for a social cause

Anand Mahindra has always focused on the betterment of society and championed an initiative project in 1996 named Nanhi Kali that provides education to disadvantaged girls in India. Till 2017, the project supported more than 1,30000 girls all over the country. He also works for projects which are dedicated to providing people with safe drinking water in rural areas.

Anand enjoys spending his leisure time on social media and is well-known for his savage and witty messages. He has more than 7 million followers on Twitter and was ranked among the top thirty CEOs in 2013.

Anand Mahindra is the ARAI president

He serves as the president of the ARAI (Automotive Research Association of India), an organisation dedicated to the advancement of secure, environmentally friendly, and effective cars. This company supports automakers through research, Innovation, certification, accurate structure, and the formulation of vehicle legislation.