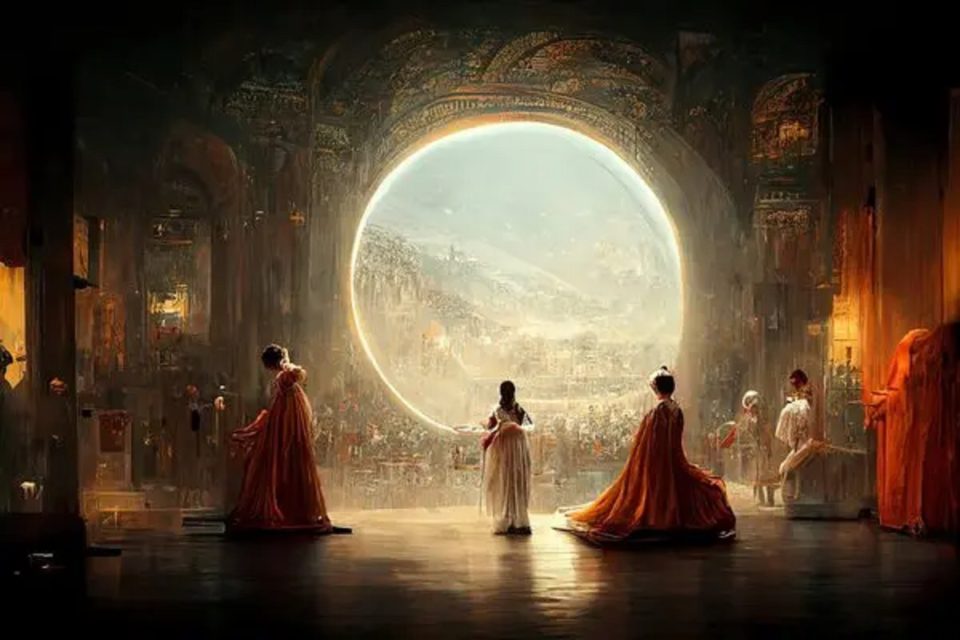 Last week, a 39-year-old who used artificial intelligence (AI) to make his art, earned first place in the fine art competition at the Colorado State Fair. At this, several artists worldwide became furious citing that using AI for art is like murdering art science. Amid criticisms, the artist of the AI-based image Jason M Allen told The New York Times, “I’m not going to apologise for it…I won, and I didn’t break any rules.”

The game creator has undoubtedly sparked a controversial environment in the art industry particularly after he won a top spot in the United States arts competition for his artificial intelligence-generated art piece. The art creator Jason M Allen is 39 years old and his creation Theatre D’opera Spatial image was chosen best among various other entries at the Colorado State Fair’s digital arts/digitally manipulated photography category.

The winner of the artwork Theatre D’opera Spatial is Jason Allen who is the president of Colorado-based tabletop gaming company Incarnate Games. The artwork he created reflects a space setting having figures in robes looking through a viewpoint. By looking at the artwork, you can see that it brings together classic Baroque elements and space opera in one single picture.

Jason created the artwork using the AI software Midjourney which converts text prompts into visual pictures. The beta version of the software was available to the public from 2022 July. It not only allows art developers to create highly defined work even though they are not trained but also helps in making excellent pictures in less time.

Critics claim that such AI-generated artwork can prompt art like painting by numbers. This means the art will now be calculated by numbers rather than skill involved or artistry. MidJourney software can create AI-based images within a few minutes or a few hours to create digital artwork. New York Times mentioned that “Users type a series of words in a message to Midjourney; the bot spits back an image seconds later,”.

Is AI a threat to art?

Once the internet was stormed with Jason’s award-winning story, it met a severe backlash. A person wrote on Twitter “I can see how AI art can be beneficial, but claiming you’re an artist by generating one? Absolutely not.” Another tweet said, “We’re watching the death of artistry unfold before our eyes — if creative jobs aren’t safe from machines, then even high-skilled jobs are in danger of becoming obsolete.”

AI generators will never and cannot replace human artists. Instead, such AI-based programs and software will support artwork by allowing the artist to make high-quality work in less time. AI may replace a few aspects though but only in the creative process. It cannot replicate the decision-making process that is the most necessary thing in any artwork. Artistic creation involves selecting the materials required for the project, coming up with a concept for what to produce, and deciding the message that should be communicated to the audience. These decisions cannot be made by an AI machine without human assistance. In the future, it is crucial to find ways for artists to work with AI in collaboration rather than competing with them.

Can I use the Midjourney server in India?

Midjourney bot is available for public use, especially for AI enthusiasts who seek to transform their imagination and make them look live with a press of a few buttons. Though, you have to employ a few steps to create an image using Midjourney software.

Who is Medha Patkar, and Why is She All Over the News Again?