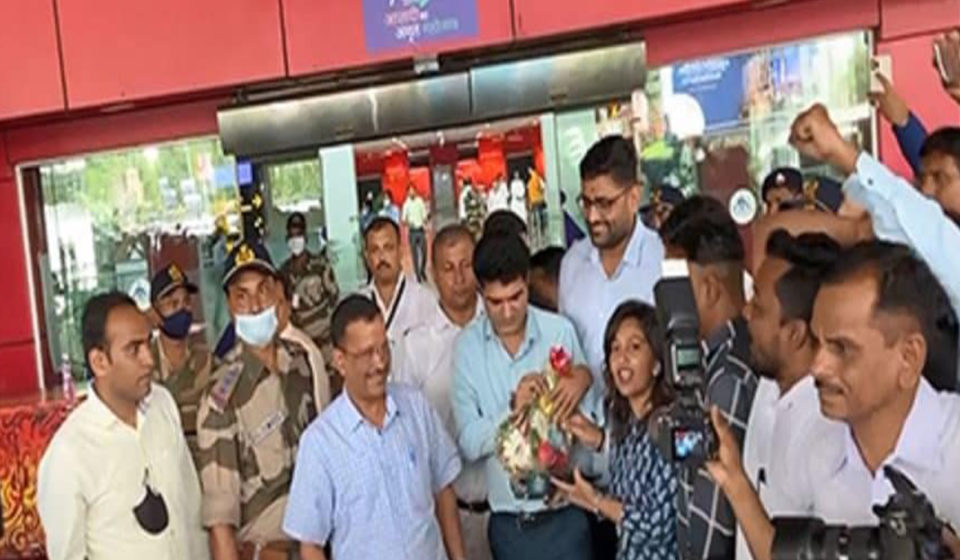 Kejriwal is on a day-long visit to the poll-bound state of Gujarat where he will address a town hall meeting in Vadodara. Mr Kejriwal, on being confronted with the chants of his political opponent and Prime Minister Narendra Modi’s name, could be seen smiling while moving towards the media persons.  However, he did not speak on the spot and said he would interact at the press conference.

Kejriwal is in Vadodara to address a town hall meeting as part of the campaign to reach out to various sections of society ahead of the elections, due in December this year. “It is said that there are 66 seats in urban areas (in Gujarat) which BJP never lost. But this time, they will be in trouble. They are not going to win all these seats (in upcoming Assembly elections),” Kejriwal said.

During his multiple visits to the state, he had promised a string of “guarantees” including free power and the generation of jobs. He also assured the welfare of various sections, including women, youth, lawyers, auto-rickshaw drivers, government employees etc.