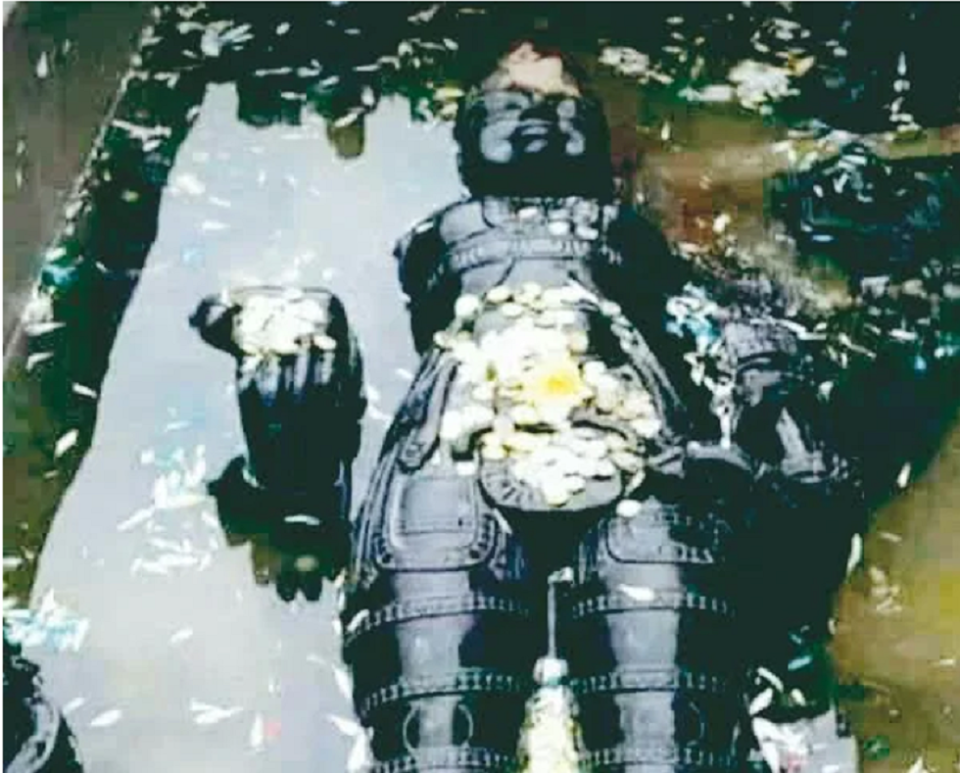 Lord Athi Varadar is one of the several incarnations of Lord Vishnu and rises from the tank of the Sri Varadaraja Perumal temple situated in southern India, Kanchipuram. You will be amazed to know that the idol of Lord Athi Varadar is made of a fig or Atthi tree. The idol is placed and stored in an underground basement of the temple tank which is the reason it is often called as the Anantha Savovaram. The idol is brought out every 40 years and kept for worshipping for 48 days till it is submerged again in the tank. The Athi Varadar Darshan is called a once-in-a-lifetime opportunity for many because it happens once in 40 years. The recorded dates of the Athi Varadar Darshan event includes Aug 1854, June 1892, July 1937, July 1979 and Aug 2019. Let’s have a glimpse of facts behind Athi Varadar Darshan and why it is a once-in-a-lifetime event.

The history behind Lord Athi Varadar

The temple remained deserted without any Lord for forty long years and thus no worshipping or puja could take place in the temple. The secret behind the temple was taken away forever with the demise of the Dhatacharya brothers. The two sons tried their best to hide the deity in the Kanchipuram until one Madhwa devotee brought the utsavar back from the forest of Udayar Palayam and the Utsavar puja began.

Since the original deity of Athi Varadar was not found, the temple authorities planned to install another deity made of stone and thus the stone made deity was brought from Padma Giri in Pazayaseevaram which is around 30 km away from Kanchipuram. The deity’s name was Devaraja Perumal which was worshipped by Athri Rishi and resembled much like Athi Varadaraja.

In the 17th century, the pushkarni of the temple was seen empty and instead the original deity of Lord Athi Varadar was seen at the scared tank’s basement. The temple authorities then decided to take out the deity once in 40 years and place it back after 48 days.

Today, the deity is kept securely inside the Ananta Sarovar which is one of the temples of Varadaraja temples in Kanchipuram district. Only once in 40 years, it is brought back for the darshan.

Why is Athi Varadar worshipped once in 40 years?

As mentioned previously, Athi Varadar was worshipped by Lord Brahma in the Satya-Yuga, it was later worshipped by Gajendra in the Treta-Yuga, followed by Brihaspati of Dwapar-Yuga and finally, by Ananta Shesha of Kala-Yuga. When Brahma was performing a Yagna, also known as fire sacrifice in Kanchipuram, the deity of Sri Athi Varadar was touched by the fire. Brahma asked the Lord to tell him a remedy for worshipping the deity as the wooden deity touched fire during the Yagna. The Lord then instructed him to take the deity to the pond and submerge it in the water which is surrounded by the replica of Ananta Shesha. This is the reason the deity is still kept inside the water unlike other deities worshipped by us which is been kept open in the air.

When the Lord Brahma alone worshipped the deity, Vishnu told him that, “You are worshipping me constantly and must allow others as well to worship me”.

Brahma agreed to his Lord’s words at once and allowed others to get a chance to see the deity for a few seconds. Similarly, Brihaspati and Gajendra allowed for a few minutes when asked by Lord Vishnu to let others get an opportunity to worship the deity.

Where is the idol of Athi Varadar kept and why?

How is Athi Varadar idol kept under the water for 40 long years?

Till date, no modern equipment’s or technology has been applied to clean the temple tank of the idol. Even the chambers which hold the deity made of a fig wood is kept raw and is taken out once in 40 years for Athi Varadar Darshan festival.

It is said that the tank is connected to two known wells Sarkarai Theertham and Varaha Theertham besides getting water from the rainwater. The tank also gets enough water supply from three natural springs near the temple area.

Since the tank never dries up and holds water even during the draughtiest time of the year, the three springs which supply water to tank is known as Vatradha Ootru.

Amazingly, the tank itself does not have any mechanism or any networking that can outflow the water. This is the reason when the idol is taken out for Athi Varadar Darshan event, the water is pumped out first using electric motors. The water is collected in the Golden Lotus tank which is located about 350 metres away. After 48 days of the festival, the idol is immersed again in the tank and the water is refilled.

Technically, the design of tank has been made in such a way that it cannot damage the idol and is built strictly under the guidelines mentioned in Agma Sastras. The inside of the tank has some snake-shaped pillars.

How is Athi Varadar Darshan celebrated?

For the ones who are unaware of this blissful and once-in-a-lifetime event, here are few things about the festival and how it is celebrated:

Although many stories revolve around the appearance of the deity, and the origins behind Athi Varadar Darshan, the most promising ones have been mentioned above.

The idol submerged in the temple tank is the original one that was worshipped once by Brahma, Gajendra, Brihaspati and Ananta Shesha.

The idol hidden due to invaders in a temple tank became a ritual and the story behind Vishnu asking the four worshippers made it submerged for 40 years and kept for darshan for 48 days.

The span of Athi Varadar Darshan festival is around 48 days in which the idol is kept in a reclining position for the first forty days and then in a standing posture for eight last days.

Other than the residents of Kanchipuram, the worshippers or the pilgrimages are given certain timings between which they can have the Athi Varadar Darshan.

To ensure that the festival is celebrated without any obstruction and with full energy, the Tamil Nadu government allocates funds to the temple trust to make special arrangements for the outsiders who comes to visit Athi Varadar Darshan from all over the globe.