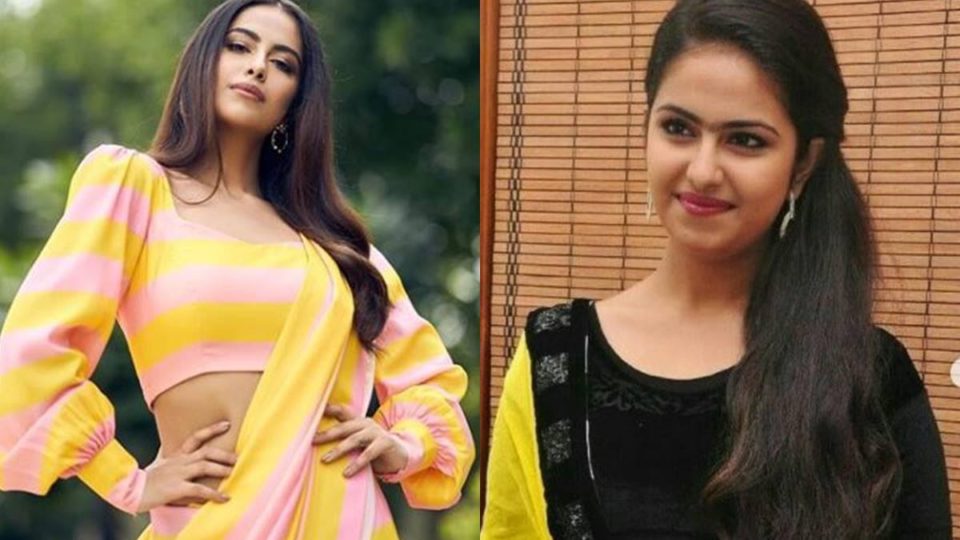 Our very popular Balika Vadhu Avika Gor has indeed transformed into a beautiful lady and her matured looks cannot be overseen. A successful model, dancer and actress, Avika Gor started her career as a child artist in a popular Colours TV show named Balika Vadhu (2008-2016). Thereafter she worked on various projects like Sasural Simar Ka, Pathshala, Thanu Nenu and Rajkumar Aaryyan. Avika was also seen in a famous dance-based program Jhalak Dikhla Ja 5 being a wild card entry. She also participated in India’s Got Talent in 2009. With so many achievements at such a young age, let’s see how Avika Gor covered her journey so far.

Born on 30th June 1997, Avika Gor is the daughter of Sameer Gor and Chetna Gor. She was born in Mumbai city and completed her schooling at Ryan International School, Mumbai. Along with acting, Avika likes to dance, sing and take photographs as well. Although Avika is very good at acting, she is good at her studies too and has always earned a good rank in schools. From a very early age, Avika Gor pursued both her studies and acting simultaneously and had completed her graduation also.

Avika Gor has recently informed the media about her relationship with MTV Roadies fame Milind Chandwani. She confirmed the same by posting a picture in her social media account where she and Milind are seen together in an intimate pose. Milind is an engineer by profession and runs an NGO that works for child education and welfare.

Avika Gor started her career when she was just 10 years old with a television show in Colours TV, Balika Vadhu. Her show name Anandi became her household name due to the popularity of the show. After working for more than 2 years in the show, she was featured in various television shows like Sasural Simar Ka, and Laado as a lead actress.

Apart from the silver screen, Avika Gor has worked for a few Hindi, Kannada and Telegu film as well. Her first movie as an actress was in Morning Walk as Gargi. Soon after she was seen in a Bollywood movie Pathshala starring Shahid Kapoor and Ayesha Takia. Her South Indian film names include Uyyala Jampala, Care of Footpath 2, Cinema Choopistha Mava and Manja.

In one of the romantic Instagram post shared by Avika Gor, she talks about how she feels with Milind and is lucky to have him in her life. Avika acknowledged that Milind listens to her, cares for her, believes in her and helps her in growing. For Avika Gor, Milind is ‘forever’ but marriage is not on cards for anytime soon. She says, “My heart is so full and the feeling is precious. I thank God for giving me this experience that’s going to be the most important chapter of my life… Haha… Nahi Nahi, not getting married or anything so soon… “

In Milind Chandwani’s Instagram post, he talked about how he met her and they both fell in love. “Life is really unpredictable & you find the right people when you least expect them. This kind soul entered my life to help me create a larger impact with the children that I worked with. She got so immersed in our work that I almost forgot that she was a well-known celebrity”.

Milind Chandwani is an engineer by profession but left his job to pursue his career as a philanthropist. He works for a few non-profit institutions such as the iTech School for Education and Welfare and Teach for India institute for marginalised community children. He is currently the CEO of an organization named Camp Diaries that educates children belonging to backward classes.

Milind Chandwani gained popularity after he participated in MTV based reality show Roadies 17. He was a gang member of the Neha Dhupia gang and accumulated a massive fan following due to his charm and stunts in the show. Although Milind did not win the series finale, he gained a good place in Roadies viewer’s mind and heart besides gaining respect from show leaders.

Just like Avika Gor, he too shared his feelings regarding his relationship with Avika on his social media handle. He also confirmed that the couple were in no hurry to get married anytime soon.

Avika Gor was all over social media a few months back after she posted a lengthy Instagram post that stated why and how she underwent significant body transformation. She wrote, “I still remember one-night last year when I looked at myself in the mirror and I broke down. I didn’t like what I saw. Big arms, legs, a well-earned belly. I had let go too much. If it were due to an illness (Thyroid, PCOD, etc), it would be okay because that would be out of my control. But it happened because I ate anything and everything, and I didn’t work out at all. Our bodies deserve to be treated well, but I didn’t respect it,”.

She concluded by saying that she is now contented with her transformational look after posting a sensational picture wearing a bikini on her social media handle. Saying that such transformation requires a lot of hard work and time, we must all evolve with time and emphasise doing the right things that suit our body. She accepted to try harder and work out more on her setbacks through people’s guidance.

Some lesser-known Facts About Avika Gor

Fake Health Supplements Market Size and How to Avoid Buying them