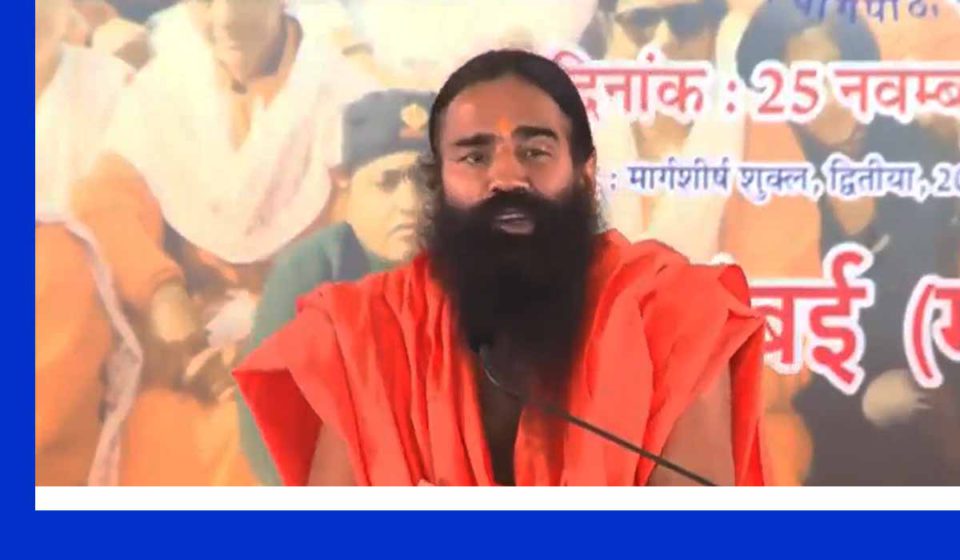 Baba Ramdev sparked a massive uproar on social media with a controversial remark at a Yoga training programme that was held in Thane. The yoga guru raised eyebrows talking on women’s attires.

Baba Ramdev was on the stage in presence of Maharashtra Chief Minister Eknath Shinde’s son and Thane MP Shrikant Shinde along with Amruta Fadnavis, wife of Maharashtra Deputy CM Devendra Fadnavis and other VIPs.

Babam Ramdev, 56, made the remark at a Yoga Science Camp and Women’s Meeting which was organised by Patanjali Yogpeeth and Mumbai Mahila Patanjali Yoga Samiti in Thane.

The comment sparked outrage against the Yoga guruwith several seeing it as ‘sexist’ and demanding an apology.

Delhi Commission of Women (DCW) chairman Swati Maliwal also slammed Ramdev for his remark and took to her social media handle “the remarks made by Swami Ramdev on women in front of the wife of the Deputy Chief Minister of Maharashtra are indecent and condemnable. All women have been hurt by this statement; Baba Ramdev ji should apologize to the country for this statement!”