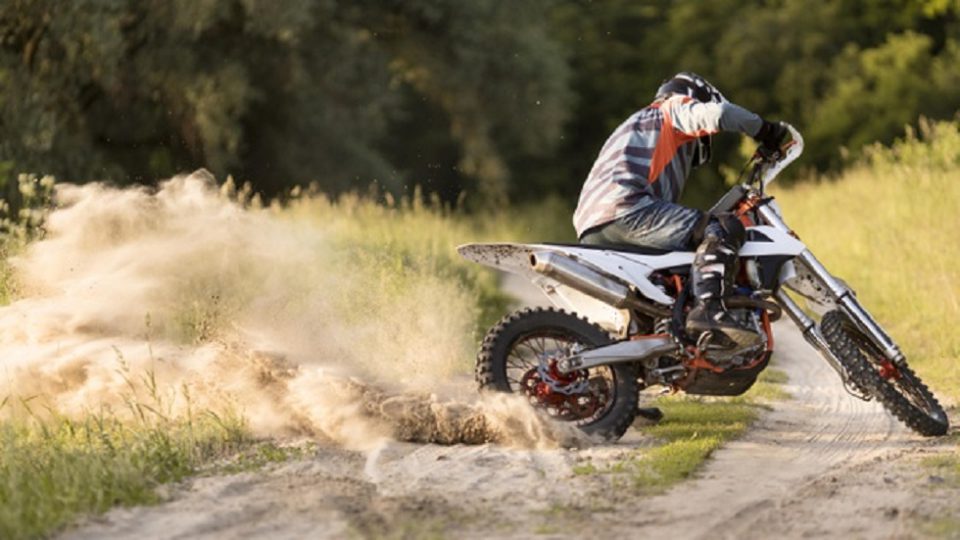 Bike racing is a great sport and known all over the world. The Grand Prix Motorcycle racing is one of the world-famous championships. Several bike racers from across the globe participates in this racing event. However, only a few becomes the best and wins several titles among thousands. If you are a bike racing lover, then you should know about the bike racers in the world. This article is dedicated to the top 12 bike racers in the world who are known for their excellent bike riding skills. So, without further delay, let’s jump into the article.

Joan Mir is one of the best bike racers in the world. He is born in the year 1997 on 1st September and is a Spanish Grand Prix motorcycle racer. Moreover, he is recently riding for the Team Suzuki Ecstar. Joan won the Moto3 World Championship in the year 2017 along with Leopard Racing and the 2020 MotoGP World Championship with Suzuki.

Mir’s career is in supreme progress and is articulate and self-contained. From a typical Spanish preteen action in the competitive youth championships to the summit slopes, he has everything covered. In fact, talking about the second Moto3 season, Joan won a dominant championship after 35 starts.

One of the greatest and very popular bike racers in the world is none other than Italian Giacomo Agostini. There is nobody like him and none could match his success level when it comes to MotoGP. Considering his career span from 1964 to 1977, Agostini went on to win 122 Grand Prix and 17 World Championship titles. And most of them in the 500cc class of motorcycles.

Franco Morbidelli is yet another amazing bike racer in the world and an Italian talent as well. He added even three more wins to the other strong finishes of his lists. In fact, he is an incredible racer who has been an inspiration for a very long. Then again, he carries a sort of serenity with echoes of his semi-compatriot. He won the Moto2 World Champion in the year 2017.

Moreover, he started his career as a teenager by entering into the Spanish CEV 125cc championship. But, the lack of funding costed him from entering. Later on, he won a total of 8 races with 4 extra podium finishes.

Then on the list is an Italian motorcycle racer named Valentino Rossi. He is one of the most successful racers of all time and has nine Grand Prix World Championships under his name. And seven of those falls in the highest premier class. In fact, with the starting of his career, he won two titles at the lower MotoGP levels before he moved to the higher premier class. Then he went on to win even more seven world titles.

Rossi not only received success but brought thrills, glamour, and excitement to MotoGP. As per many viewers, he is a rockstar in the sport. Talking about Italy, Valentino Rossi is one of the biggest celebrities and athletes.

Another very popular bike racer is none other than Jorge Lorenzo. Talking about the MotoGP in Spain, Lorenzo’s name is pretty famous. This due to the fact that in 2010, 2012, as well as 2015 MotoGP World Championship, his name is like royalty in native Spain. He rides the team Yamaha and in the year 2012, he became the first-ever Spanish rider who went on to win several premier class titles.

The best thing about him is that he has around 61 career wins and is the fifth on the all-time winner’s list. And trust me, he is not even 30 years old. He is having an amazing career as a bike racer and with such huge success, no doubt he is one of the best bike racers in the world. In fact, he started his career as a bike racer at the age of 15 and has been a sensation since then.

If you are talking about the best bike racer, then we can’t probably miss out on the name of Wayne Rainey. He is the best American motorcycle racer of all time. Rainey dominated the sport in the late 1980s and even in the early 1990s. He won the MotoGP World Championship three times along with the Daytona 200 once. A deliberate and calculating rider, Wayne was praised for his great, smooth racing style, and cool demeanor.

He could have won many other championships if he hasn’t met with the accident in 1993 and as a result, that ended his career. During the 1993 MotoGP series, Rainey was leading the point table and then he crashed at the Italian Grand Prix in Misano. He broke his spine against the raked surface while sliding into the gravel trap at high speed. The accident made him permanently paralyzed from the chest down.

Michael Doohan is an Australian rider who is again one of the remarkable bike racers of all time. He has won back-to-back five MotoGP titles starting from the year 1994 to 1998. Doohan rode for the Honda race team all throughout his career and dominated the ear for Team Honda. In fact, only a few racers could match his riding skills. Michael wasn’t just a typical bike rider. He had the knack and used to set up his bike. Moreover, he used to have a great insight into the 500cc class of bikes. There are several people who considered Michael Doohan to be a mechanic as much as a rider.

Casey Stoner is an Australian racer who is considered to be one of the best biker racers in the history. However, he retired at a very early age and won only two championships in the year 2007 and 2011. Casey Stoner was also known for the ability to ride any bike that is beyond the limits and produces wins on the inferior Ducati bike right after Yamaha and Honda made some major advancements in developing the bikes.

Moreover, he was also known for having that amazing control of the bikes he drove and that too at breakneck speeds.

In the year 2012, May 17th, at the French Grand Prix, SToner announced about his retirement from MotoGP at the season end of 2012. He said that he no longer enjoys competing in the sport. Many people thought that it is too early for him to take the call for the retirement and he could have accomplished more if he would have raced for a better team than Ducati.

Mike Hailwood is often known as the “Mike The Bike”. He is yet another British rider who could easily challenge John Surtees in the contest for the greatest racer of all time. Hailwood dominated the sport of bike racing between the years 1958 and 1967. He has won around four world championships along with nine championships in different classes of motorcycles. Just like John Surtees, Hailwood transitioned from motorcycles to Formula 1 racing. However, it was very unfortunate of him to have met with an accident that causes his death in the year 1981.

He went on a drive to get his children some fish and chips and at the very moment, a truck illegally took a turn and collided with his car. This tragic incident caused the death of his nine years old daughter named Michelle. However, the son named David survived the accident. The truck driver was then fined £100 for the incident.

Talking about Marc Marquez, he made a huge impression on the world of sport at the very tender age of just 22. He is a Spanish motorcycle racer and known all over the world as he won the MotoGP title in the year 2010 when he was just 17 years old. And then again the next followed the year of 2012, he won the title again. As a professional racer, he won two back-to-back MotoGP titles which were pretty big.

Moreover, in the year 2014, he went on again to win the first nine Grand Prix events of the season. There are several people who thought that Marc would end up being the most accomplished as well as the decorated MotoGP rider. Well! Nobody knows what can happen in the near future as he is pretty young and has a lot of racing ahead of him.

Now on this list, there is a British racer- John Surtees, he is one of the great racers of all time. He has dominated the sport of bike racing during the year 1950. In fact, he is a four-time World Champion in the 500cc motorcycle category and even won three titles in the 350cc class. So, he got a total of seven world titles in bike racing. But, Surtees isn’t just a bike racer and he also raced cars.

In fact, he competed in Formula 1 Grand Prix races. He then won the F1 World Championship in the year 1964. And the best thing is that he became the only person to have won the world titles on both two as well as four-wheeled vehicles. There is no doubt that John is known to one of the best racers in British History.

If we are talking about the best bike racer in the world, our list can’t miss out on Kenny Roberts. He is one of the youngest people to win the MotoGP premier class championship that too in his first year as a participant. In fact, he was the very first American who has won the world title in the 500cc bike championship. Starting from the year 1978 to 1980, Roberts won around three MotoGP titles. However, it is not just trophies and titles that made him a bike racing star. But, it is all about his riding style which was pretty influential and that’s what made him the star rider.

Kenny Roberts is the first rider to pull off the cornering method of hanging off the bike with the knees extended. It is one of the major changes that lead to how you can ride a bike in the Grand Prix races.