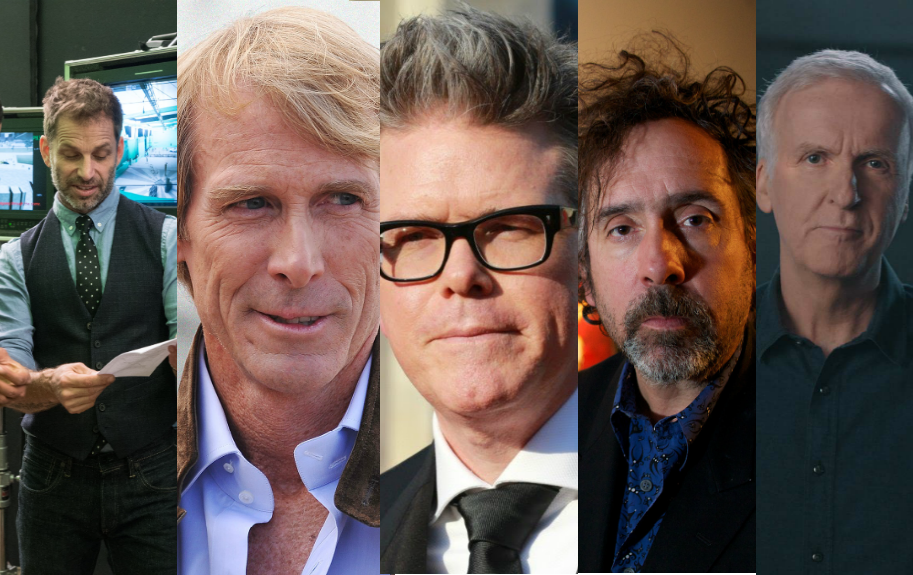 Are you a movie junkie? If yes, then you must be watching several amazing Hollywood movies. Right? Well! Directors are the ones who are behind those amazing movies. The success of a movie is highly dependent on the director and how he is projecting the whole story. So you need to be aware of all the amazing directors behind every Oscar-deserving movies. If you are still not aware of them, then

Here is the list of the top 15 best Hollywood directors.

If we are talking about Stanley Kubick, then there are a lot of aspects to study regarding his films. It won’t do justice to only put a short segment in this list article. Whatever it is, you can only understand once you watch Stanley’s film. You will see his camera angles change frequently from personal to general and vice versa, his characters are devoid of morality, and the very infamous Kubrick stare.

The male character usually looks up beneath the eyebrows, stares at the camera lingeringly, tilts his head down, and smiles maniacally. And this signifies that the screws have loosened. Beyond that, always prepare for a nihilistic ending in a Kubrick film.

Talking about the best Hollywood directors, Wes Anderson is a name that pops up in the mind. Do you remember meeting a film elitist who actually frowns at you with contempt every time you say “Movie” instead of “Film”? Well! In that case, there a 100 percent chance that the person is a huge fan of films directed by Wes Anderson.

Every frame looks like art when it comes to Anderson’s films. You will find that the shots are all symmetrical from scene compositions to character placement. In that sense, he literally takes several pieces of symmetrical pictures for a movie.

Talking about the shots, there are all wide-angles and all the characters have some kind of fancy facial hair. Now the plot is slow but has nice and pleasant music with odd humor. Overall, it is good enough to stimulate your nerve in a film primary hypothalamus. And that’s why everyone loves Wes Anderson.

Are we talking about the best Hollywood directors? Well! Then the name Christopher Nolan should be there in the list without a miss. Are you one of those who get confused watching most of the movies? If yes, then you should give your brain the breather it needs and lay off the Nolan flicks. Each of the movies is like solving a 10-sided Rubik’s cube. And do you know why? It is because he likes his non-linear storytelling more and is pretty aware of your understanding of the narrative.

In Memento, the protagonist suffers from short-term memory loss like literally, and it was the most confounding one. Other than that, the films like Dunkirk, Inception, and Interstellar can jam your grey matter that too in a knot. But believe me, it a great exercise for the brain.

When it comes to suspense in cinema, we can’t miss out on the name of the master-Alfred Hitchcock. In fact, thriller and horror filmmakers owe a lot to him. Yes! This title was cemented first for the deceased director was right after Psycho’s popularity. And you can say that the 90 percent of the suspense was due to how he has used the camera angles, it was just brilliant. The best thing was that he used the camera angles in such a way that the viewers can enjoy the movie through the characters’ eyes.

Moreover, Alfred had a weak spot for the blondes and he more often used to cast them as his female leads. Though it wasn’t essentially as independent and strong characters and it was totally a different time back then when he used to make movies.

Another very famous director we can’t afford to miss out on this list when it comes to Hollywood directors is M. Night Shyamalan. It is pretty complicated to have a film with more substantial twists than popcorn you are snacking on while watching the movie. But, you can see several movies by M. Night Shyamalan with such amazing substantial twists. Over the years, he has been flawlessly blindsided by his viewers and as a result, his name became synonymous with plot twists.

Furthermore, he came with the very recent plot twist in the form of the “Split or Glass”. Bruce Willis’ realization that he is dead in “The Sixth Sense”, came as the most stupefying reveal. Apart from all of these, he was pretty famous for having the cameo role in his films and color symbolism as well.

It is pretty difficult to take long tracking shots- keeping in mind both artistic and technical standpoint. This will require you to have everything perfect at one go or else you will have to start from the starting point once again. However, Scorsese won’t shy away from shooting any such bold film shot. Martin has a tendency to follow the characters’ movements in a one-long continuous tracking shot.

Now you must be thinking what is the effect of doing so? By doing that, you will have a more personalized scale of the character along with the world he is interacting with. Furthermore, you should have a note of the New York atmosphere and accent, the Rolling Stones music, the DiCaprio, if you have the doubt whether you are watching a Scorsese film or not.

Now we can’t miss out on Tim Burton of course. The patron saint of emos and Goths, Tim Burton. You will see that most of his films are having a color grading so depressing and dark or having deranged Johny Depp. And this will make you want to listen to My Chemical Romance. Furthermore, Burton might be colorblind to anything apart from red, white, and black. It gives his movies a foreboding yet has a charming atmosphere.

Well! It isn’t such a bad thing. But, the unique style actually makes every film worth anticipating. Although, you must be aware of the fact that corpses will be included or tragic love stories or maybe the Helena Bonham-Cater, half the time.

James Cameron is a great director who can wonderfully handle spectacles such as physical or digital props. You will see him easily pairing the set pieces with most unlikely the love story ever or a strong female lead. All the movies directed by James  Cameron will give you the full package. However, the cost may seem a little too monumental but he often has several hundreds of millions of dollars. Because why won’t he have so much money? Well! The box office returns are always worth it.

And with the biggest hits of Cameron, it was the same case. In the years the 1990s, it started with Titanic, and entering the new age, he himself broke his record and tops with Avatar. Whatever it is, Cameron goes big on everything he directs.

If you are talking about the most spontaneous director, then obviously the name Quentin Tarantino comes to mind. And we can’t miss out on his name in this list. So what is his particular film trademark? Well! Anything that goes- even the most unconventional and absurd narrative twists. While we know that Quentin’s most noticeable quirk is the comedic and overt violence, but his powerful yet subtle symbolisms come in the form of FOOD.

You will see quite often he introduced food in the scenes to represent the power or to accompany a display of one. Starting from cheeseburger in Pulp Fiction to White Cake in Django Unchained, it may seem odd but is an assertive association. Even if you have watched Once Upon a Time in Hollywood, you will see the presence of hungry Brad Pitt who was part of the film.

Alfonso Cuaron is yet another Hollywood director who has built slowly the cinematic style both incredibly competent and visually stunning when we talk about storytelling. Keeping the idea of “narrative first”, this is an idea of filmmaking. Alfonso has worked on Y Tu Mamá También showcased his way of portraying a younger generation. This work of his has helped in redefining the Harry Potter franchise with the Prisoner of Azkaban. He always tries to showcase the importance of different aspects of the story to his audience.

Talking about Peter Jackson, he is one of the finest directors Hollywood has ever seen. He has got several classical styles and is an extremely popular and talented director. In fact, he has worked on a huge range of genres including Mortal Engines, Tintin, and They Shall Not Grow Old and the range is outstanding to be precise. But, the Lord of the Rings was his career-defining work in Hollywood.

Petter has pushed his abilities of technology at the time and has used motion-capture performances to form Follum as the CGI character in a mainstay role. He was in fact able to create an array of great shots.

Guillermo Del Toro is yet another Hollywood director and probably one of the best directors of this generation. Taking science fiction and high fantasy concepts and then bringing into the human element to them is what Toro does. He defines his works by their visuals, human stories, and use of practical effects underneath the crazy fictitious elements.

You might be aware of his early work Hellboy where he tried to inspire the superhero genre. He is having some award-winning and career-defining works such as Pan’s Labyrinth and Shape of Water. These are some of the notable gems within his filmography that shows his signature touch wonderfully.

Taika Waititi is a very well-known director in Hollywood. He has further amassed a large following and has defined his work by zany and quirky quality that only a few can even try to replicate. With the witty and fast moving dialogues punctuates his distinct brand of visual humor. Waititi’s works are very much recognized as his own.

You can observe the New Zealand sense of humar and it connects to the heart-warming human narratives. He has all the superhit blockbusters like  Thor: Ragnarok, What We Do In The Shadows, and Hunt For The Wilderpeople are some of them.

The Wachowskis might not be a huge name like the others mentioned here when it comes to filmography. But, talking about Hollywood, they have redefined the way big blockbusters films are shot very significantly. In fact, they redefined the relationship to visual effects making things prominent.

In terms of the visual works, their projects such as Jupiter Ascending and The Matrix have gained huge respect and love. The garish science-fiction inspired cinematography of a Wachowski film is unlike anything else.