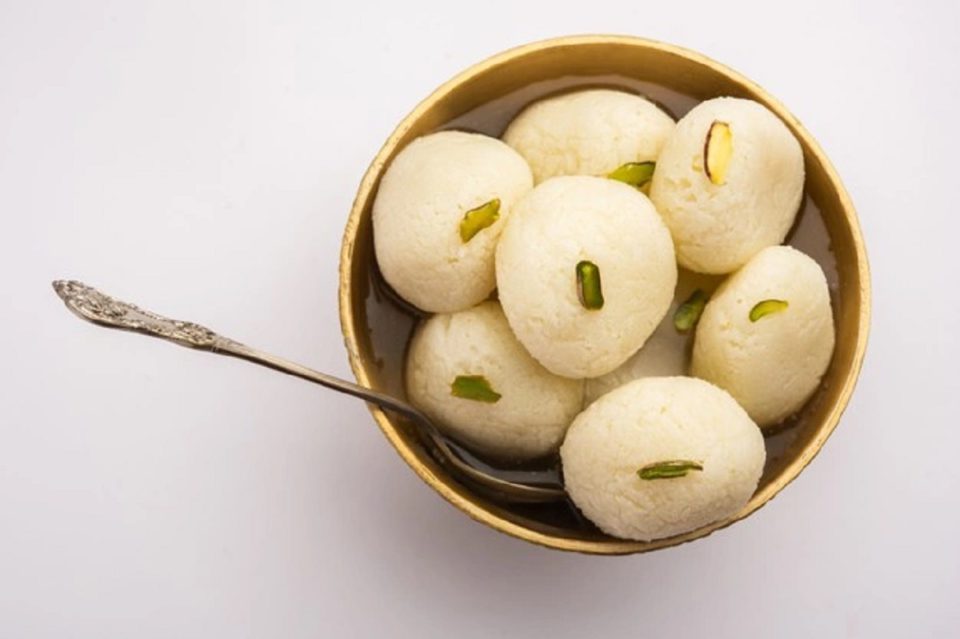 India is a diverse country with numerous traditions, rituals, historical monuments, culture and history. But it is also a place with a large number of foodies because at every corner of the cities we find different flavours and various dishes. The north is famous for its Tandooris, South for its spicy and authentic dishes, exquisite dishes from West and the mouth-watering desserts from East. Sweet dishes have always been an indispensable part of all Indian cuisine. In India, sweet dishes are still loaded with Ghee and sugar.

We know that in West Bengal, we encounter a wide variety of desserts, but even in Odisha, people with a sweet tooth can also relish different sorts of Odia Mithai. The rich diversity of Odia kitchen which is also termed as World’s most gigantic kitchen can be witnessed by the daily food that offered to Lord Jagannath in Puri that serves around 56 different varieties of dishes which is known as ‘Chappan Bhoga’.

But, when we think of Odia Mithai what the first thought that pops in our mind? “Rasagolas”!! Well, that’s not the only sweet dish Odias are fond of. This festival try some of the best sweet dishes which have exclusively originated in Odisha.

“Chenna Poda” in Odia which means roasted cottage cheese is the most well-known sweet dish prepared in almost every part in Odisha. Even according to Odia mythology Lord Jagannath’s favourite dessert is “ChennaPoda”. During the world-renowned Car festival “Rath Yatra’ this popular dish is prepared and offered to Deities. Even during Durga Puja, there is a high demand for this dish among the Odias.

According to history, it is said that this sweet dish was originated in Nayagarh district during the first half of the 20th century. An owner of a Sweet shop in Nayagarh added sugar and some seasonings to the leftover cottage cheese and willed it over an oven, the next day it became something else and was very appetizing, to which this exotic sweet dish was discovered.

The main ingredient of this dish is – Ricotta cheese, semolina, sugar, raisins, cashew nuts, raisins, cardamom, and water. The dish is made with mixing all the items well and then wrapped in the leaves of the Sal tree. Then it is baked in a charcoal oven for two or three hours. After it is adequately baked, then the outer crust is caramelized and later turns to brown colour.  But now people use paper or just grease the sides of the baking pan.

You can find “Cheena Poda” in any of the big sweet shops in both Bhubaneswar and Cuttack.

“Chenna Gajja” made of only cheese, sugar and semolina is probably the most sweetish dish in Odia cuisine. There are two types of Gajja- Dry Gajja and fried Gajja, which is drenched in sugar syrup. The ingredient is as similar to Rasagolla, but the preparation style is different, which gives a diverse taste. The origin of this sweet dish is believed to be from Balasore.

Cheese, sugar or Jagarrey and semolina are mixed well and then moulded into a shape mostly a rectangular shape, and then it is boiled. After appropriately fried, the fried gajja is added to the sugar syrup unless the Gajja is completely soaked into the syrup. Sometimes, the gajaas are then allowed to dry a little more, in which case the sugar may infrequently crystallize on the surface. This sweet dish is popular in the outskirts of Bhubaneswar- “PAHALA” which famous for selling the best sweet dishes.

With the same ingredient- Cheese, Ghee and Sugar syrup, “Chenna Jhilli” has a contrasting flavour which is best eaten stuffy to feel the light and moist cheese or Chenna. The dish was originated from “Nimapada”, s small village in Puri district.

While travelling to Puri, you will find many roadside shops in Numapada serving this delicious sweet dish.

Another authentic Odia Mitha which will make you wants more,  “Rasabali” which is a deep-fried smoothed deep brown cheese balls that are soaked in petrified and sugar-coated milk. This dish was first originated from Kendrapada and is offered to Lord Balabhadra in the Balabhadra Temple in that district. Even this dish is also served in  Chappan Bhog of the Jagannath temple.

The main ingredients of the dish are Cheese, semolina, and cardamom powder, powdered sugar, milk, saffron, sugar, and oil. The milk used is usually mildly seasoned with crushed cardamoms. When the Cheese is graded into patty size, then it is added to the cardamom flavoured milk and kept it for a long time, so the milk absorbs the Cheese completely.

If you ever visit Kendrapada then don’t forget to visit Baisnabipanda shop which is famous for “Rasaballi”.

There was a long debate about the originality of this dish, but Odia people are very fond “Rasagolla”. In 2019, Odisha got its own GI Tag in the Geographical Indication Registry.

In the Odia Mythology, Lord Jagannath prepared this delicious delicacy to impress his wife Maa Laksmi as she was upset because Lord Jagannath went to car fair with his brother Balabhadra and sister Subhadra, leaving beside her. Till now also that tradition is still followed when Lord Jagannath return to his home offers Rasagolla to Maa Laxmi.

Rasagollos is famous mostly in Puri, Salepur and Pahala areas. Each of the Rasagolla is distinctive in taste. But the first Rasagolla recipe was originated in Puri followed by a little change in taste in Pahala. The Rasagolla is mainly made of two ingredients –Cottage Cheese or Chenna and Sugar syrup. There are two types of form of Rasagolla- white and brown, depending upon the sugar syrup used.  Cheese is cooked well in sugar syrup until it gets hazy and moist. And the brown Rasagolla is made when the sugar is completely caramelized. After boiling it, these are kept for a while before serving so that the syrup is utterly soaked.

With the popularity and high demand of Rasagolla in Odisha, the Odisha Government announced 30th July as the “Rasagolla Dibasa”.

“Kheer Sagar” which looks very similar to Rasmalai, is also famous in the delicacies in Odia cuisine. Although it seems identical to Rasamalai, the taste and the flavour are entirely separate. The name “Kheere Sagar” means the ocean of milk. The dish is made with cheese, sugar, nuts and milk. The cheese is made to small balls which are then saturated with dense sweet milk and then added a pinch of Cardamom and saffron for flavouring and colour.  “Kheer Sagar” is available almost in every small or big sweet store in Odisha.

Kheera Gaja is yet another delightful dessert which is famous in all parts of Odisha. Its vital ingredient includes khoya, which is then deep-fried using ghee and then saturated in sugar syrup. While tasting the first bite, you will feel that these are crumbly from exterior and wacky from within. But the best part is the moist texture which almost melts the very first you taste it.

If you visit Puri or Shree Jagannath’s temple, at every corner of the temple, you will find ‘Khajja’ as this sweet dish is a part of Lord Jagannath’s rich legacy and food culture. This is also known as “Sukhila Prasad” or Dry Prasad which is also served as one of the Chapan Bhoga to Lord Jagannath.

This is made mixing Wheat flour, ghee, sugar, cardamom powder and rice powder and then frying it deep until it changes colour to golden. Then it is sugar-coated or caramelized with sugar syrup which gives it a very authentic texture. Even people can store this in an airtight container which can remain fresh for 3-4 weeks.

Not only in Odisha but “Malpua” is famous in the North and the west side of the country. But the method of preparing this dish differs from state to state. In Odisha, Malpua is made with adding of banana in them which make them unique from others.

Malpua is also known as the Indian version of pancakes which is made with flour, Semolina, Khoya, Cardomom, Ghee/Oil, and bananas. All the ingredient are massed together then fried deep and then later added to the sugar syrup.

This dessert is also a part of Chappan Bhoga being served to Lord Jagannath. Malpua Prasad is readily available in Puri district and even other parts of Odisha also.

“Attakali” is mostly used as an expiation sweet dish to Maa  Laxmi on Manabasa Gurubar Puja that usually takes place in the month of December. This dessert is quite similar to the Kheer, the only difference being that Attakali has tiny sized balls of rice while in Kheer the milk and rice are mixed thoroughly. Attakali uses polished coconut, rice, sugar, salt, and black pepper powder as the key ingredients.

“Chudda Ghasa”  is a dry sweet dish made up of Poha ( Rice Flakes) and the mixture of Ghee, shredded coconut, crushed cardamoms, powdered sugar, black pepper, nuts, raisins and any available fruits like banana and apple.  This dessert is usually served on Ganesh Puja and Saraswati Puja. Even during Shivaratri, this dish is offered to Lord Shiva. While travelling to Puri, on the way there is a small village as Chandanpur which serves the best “ChudaGhasa”.

Fall in Love With Unique Festivity in Rajasthan

Best Places to Visit in Rajkot