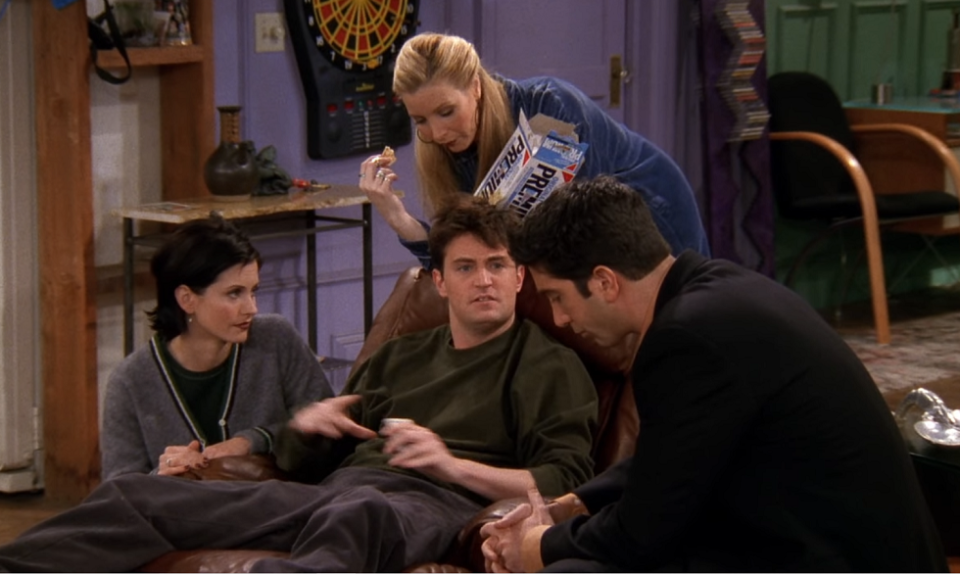 In 1996, 6 young people came together as the lead of a show and ended up being one of the most important parts of the lives of millions of people. They started as actors in a lead show where they had to act to be friends. But guess what? They ended up being best friends for real. They were friends not only with each other but with millions of their viewers too. Joey Tribiani, Chandler Bing, Ross Geller, Rachel Green, Phoebe Buffet, and Monica Geller the gorgeous six we all wanted in our lives.

The show telecasted its last episode on May 6, 2004. Over 52 million Americans watched the episode as the show ended after 10 years long run. Since then, the statistics say, the show has been watched more than 100 billion times. This is why we call it the best web series in the world.

Billions of fans of the show F.R.I.E.N.D.S were waiting to see the 6 back in one room for 17 years. The rumors of a reunion series had been around for years as well. But that assumption was broken from time to time by the stars or the creators of the show. The fans were left with a broken heart again and again. That is when the great news came out.

On May 13th, 2021, the world received the news that our F.R.I.E.N.D.S are coming back. Yes, the stars of the best web series in the world are reuniting on a show after a wait of 17 long years. The fans could not hold themselves from sharing the news and the internet was once again filled with a glimpse from the series.

If you are someone who still hasn’t watched it, this is your time. Don’t waste it and go watch the reunion right away. It will fill you up with nostalgia. The one-and-a-half-hour-long episode of reunion takes the 6 actors to the set of F.R.I.E.N.D.S that still is in its place. They sit there, get nostalgic, remember all the fun and the sad moments, laugh, and weep together once again just like they used to.

James Corden, the host of the reunion episode invited not just the 6 lead characters of the show but there were so many other characters too. Our beloved Janice, Dr. Richard Burke, Jack, and Judy Geller, Joey’s hand twin, Mr. Heckles, and a few more gave guest appearances.

This is not all. James organized a ramp walk where celebrities walked on the ramp wearing some of the most iconic F.R.I.E.N.D.S outfits. It was so much fun to watch. Rachel’s pink bride’s made dress. Ross’s Sputnick Outfit, The holiday Armadillo, and the most popular, Chandler’s all the outfit at once.

While everything was so crazy in the episode, how can smelly cat be left behind? Phoebe Buffet picked up her guitar, sat on the sofa in Central Perk, and sang her most beloved song. Hey Phoebe we loved every bit of the song yet again.

F.R.I.E.N.D.S fans around the world had waited for this day. The 6 returned to us after 17 years of biding their goodbyes. We are lucky we could watch it. Why? Because this was the last time they were all together talking about the world’s best web series on TV.

In one section of the episode fans from around the world came forward to share their stories. These fans opened their hearts and shared their stories on how F.R.I.E.N.D.S saved their lives and gave them hope. Most of the people in the section talked about how they had lost hope and love in their life but F.R.I.E.N.D.S brought them back. The section was filled with emotions and made the leads of the show drop a tear or two as well. We are sure the fans of the show around the world were able to relate to these stories somehow.

A little boy who saw his parent’s marriage falling apart with a thunderstorm developed humor as his defense mechanism. He engages people in sarcastic comments and makes everyone fall in love with him. Chandler is the character who is always ready to give love to others even though he is phobic of love and commitment himself. He is the one who always shows up for his friends no matter what. From taking care of all the bills for Joey to helping Rachel save her job, he was the most caring one.

But we just cannot forget how amazing of a partner he was. From his dance moves to his awkward laugh, could we be more in love with someone?

Dr. Geller was the smartest of all but his love life was always a train wreck. He was in love with Rachel since they were both in high school but he could never confess his love. Got married to Carol who later turned out to be gay. Then fell in love with Emily, married her but took the wrong name at the altar got divorced again. Even though it looked impossible, the man never gave up on love.

Ross was laughed at by a lot of people for being a geek but he never gave up on his dreams. He loved his friends with an open heart without a care in the world.

The one who acts like the charmer in the group is the one who is the baby of the group. No woman can be saved by the charm of this boy. But he fell for the one woman he could not have. Besides, he was the best friend of everyone in the group. He fought when Rachel’s boss implied to buy her baby. He helped Phoebe in making all her wishes come true before she turns 30. He helped Monica is proposing to Chandler. He even sacrificed his love for Rachel for Ross. And he is the funniest of all. No matter what Chandler says.

Monica is our little miss perfect. She is a control freak. She has OCD for cleaning. And she has a never-ending love for binders. She looks like she is not a fun person at all but we all know how she is. She is the mother of the group and she makes sure everyone is well fed. Monica may be too loud but she is a loveable sweetheart we all wish we had in our lives. She is the perfect roommate, the perfect sister, the perfect neighbor, and the perfect girlfriend.

Who once used to be just a spoiled rich girl turned into a smart independent woman. Although she worked as a waitress for a few years, she always had her love for fashion alive. She took the leap of faith, trusted her talent, and made a huge name for herself in the fashion world.

The most beautiful and the kindest of all, Rachel was the one everyone fell in love with. She was also the best female friend a girl can have.

Phoebe was a complete package of madness. She was weird in all the sense. She sang songs about a smelly cat, her dead mother, a sticky shoe, and whatnot. She fell in love with a gay guy. Painted Marrise, the weird doll peeking out of the frame, and the list go on and on. But she was a badass of a woman. She never feared anything. She was the ideal woman of the 21st century and motivation for women around the world.

These 6 amazing characters made F.R.I.E.N.D.S, the best web series in the world. They also ended up being a part of our lives.

Why Does Error 0x0 0x0 Happen? How to Know if Your Bowser Has One?