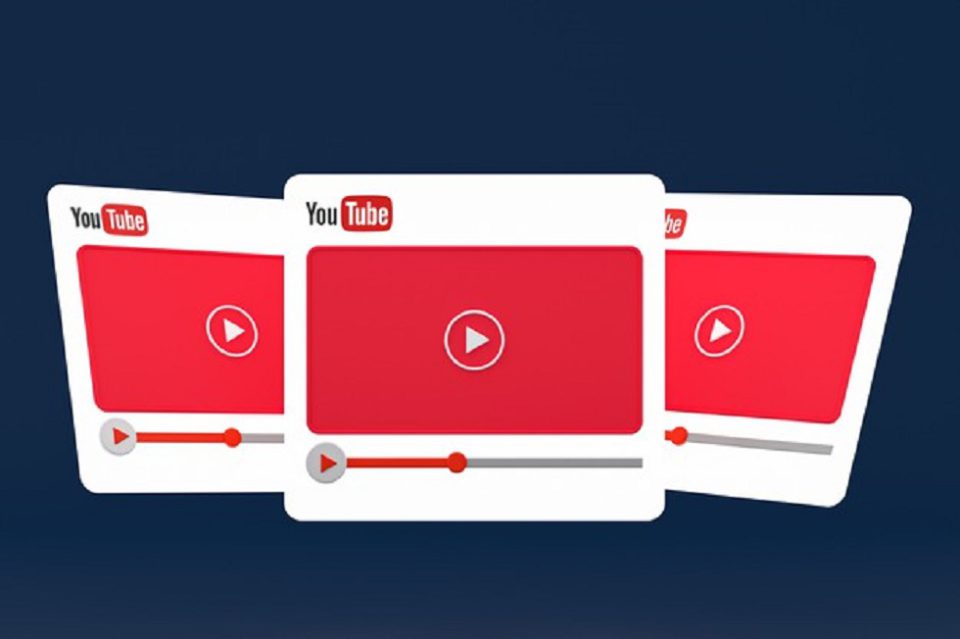 Here’s a list of the best web series on YouTube for you to watch during the weekends! Everything from work drama to family drama, to romantic movies about finding love and college nostalgia, await you if you keep scrolling down!

A light drama series Interns mainly focuses on three individuals who have their own perceptions. Featuring Ahsaas Channa, Revathi Pillai, Reshami Agdekar, and Khushbu Baid, this web series on Youtube revolves around three interns hired by agency digital diva and their internship journey. The three individuals here are very different as Ana is filled with ideas, while Viveka is passionate and dedicated towards her work. Lilly on the other hand, doesn’t care much.

What the Folks is a family drama perfectly scripted about the story of family members who are either constantly bickering or plotting schemes to create problems in the lives of a young couple.

In two seasons, we see Nikhil who came to Mumbai for a short-term project being told to live with in-laws for the tenure which propels Nikhil’s struggle to adjust to the family and situational comedies that happen.

What The Folks tastefully talks about is the generation gap between a husband and wife and their respective parents or families, often blown out of proportion to engage the audience.

What The Folks is a breath of fresh air that aims to break stereotypes, about couples pushed to live with in-laws and takes a more realistic approach towards the changing dynamics of modern families.

Please Find Attached is a web series on Youtube featuring Shaurya and Sanya with their common yet special story. Over two seasons, you’ll get to see officemates, become good friends, and start living together. The first season is all about the journey of strangers becoming good friends and the second season is the journey of them finding the cadences of living together with struggles and good moments as both officemates and partners.

This is the country’s first black-and-white web series on Youtube. Filled with crime and thriller, Kota factory revolves around Vaibhav, a young IIT-aspirant and his life in Kota. Jitendra Kumar plays Jeetu Bhaiya, a teacher in Vaibhav’s institute whose advice leaves a significant impact on the students. Kota factory is a Youtube originals series of the year.

A nostalgic ride to our childhood Yeh Meri Family celebrates summer vacation back in 1998 along with the story of the Gupta family from Harshu’s viewpoint. Harshu happens to be the 12-year-old boy of the Gupta family who has two siblings, a little sister and an elder brother. Above all, Harshu’s friend is the most interesting character whose observations make it more enjoyable.

Little Things is a web series on Youtube that revolves around the story of characters Dhruv and Kavya simply living and celebrating each other’s existence and finding comfort. From enjoying small moments to facing daily highs and lows, this series sheds light on a normal relationship where two people solve problems, explore, and help each other.

Little Things delivers one from unrealistic hypes or relationship fantasizes

A four-episode short web series on Youtube, featuring Vikrant Messy, The Rise, a critically acclaimed series that bagged several awards. The Rise has a script featuring how unpredictable life can be, no matter how much you plan. Vikrant, playing the character of Shrey in this series, wants to purchase his dream bike for a long ride but then faces life and its own plans exploring the world of fulfilling awaited dreams.

Made under the TVF banner, this web series on Youtube is scripted around a road trip with friends. A great and common idea, road trips usually involve friends and not a surprise road trip with your siblings?

Tripling by TVF is the story of three siblings busy with their messed-up lives who haven’t met or talked for years. The web series starts with a situational mess and ends up celebrating the lost bond which shines a light on today’s sibling bond that we lose due to busy lives.

With the success of the first season, makers of Tripling by TVF created another season of interesting twists and turns.

From a long-distance relationship to moving in together Permanent Roommates is one hell of a ride.

The story of this web series on Youtube revolves around a couple featuring Sumeet Vyas and Nidhi Singh in lead roles revolves around Mikesh and Tanya who’ve been in a long-distance relationship for years. Created by TVF and Biswapati Sarkar, the web series explores Tanya who is more mature and practical while Mikesh is immature and funny but knows how to make Tanya smile.

Known for bringing common topics with interesting twists and keeping them realistic, TVF turns the story when everything was going smoothly until one fine day Mikesh decided to move back to India to propose to Tanya. In the first season Tanya’s father supports their relationship, the second season is more focused on Mikesh’s side of the family.

The Glitch is about a shy, simple girl and her enthusiastic grandma. Apoorva Arora and Sunita Rajwar’s life suddenly changes with the mysterious event. As they switch into each other’s body they come across realities of each other’s lives.

The latest Girliyapa series may not be a different story in Hollywood (the plot is similar to Freaky Friday) but the Indian perspectives are different and cool.

TVF Bachelors stars Jitendra Kumar, Jasmeet Singh Bhatia, Shivankit Singh Parihar and Gopal Dutt as they explore the trials and tribulations of four bachelors and how they deal with their problems of finding a job, surviving each month with limited money, or the joy of getting the “salary credited to your account” message.

This web series is unique as the bachelors have a Bollywood-inspired solution, where they imagine themselves as characters in movies like Baahubali, Lagaan, Dangal and Chak De India!

Minus One explores the story of living together even after the breakup. The plot follows Riya and Varun who start living together trying to make it perfect but, out of fights they break up. Add this youtube series to your list if you want to see when they still decide to live together but as just friends.

Wrong Number by RVCJ is a web series on Youtube that explores a twisted love story, twisted friendship, and a bunch of friends.

The plot is about the search for an old friend. All the text of the character Ruchi goes on a wrong phone no. Add ‘The wrong number’, in your watch list if you’re a fan of twisted stories with happy endings!

When students graduate from college, most of them dream of making it big in the real world, however, when they begin their first job, they encounter the stark realities of the corporate world with, you guessed it – cubicles!

A precise title and another thoughtful approach by TVF, Cubicles revolves around Piyush Prajapati, a fresh engineering student graduate who joins the office and his experience drastically changes when he joins the IT sector as a fresher. It is interesting to watch him go through many firsts in his life like first salary, first office romance, first friend in the office, first successful project, first failure at the workplace, and first working weekend.

Screwed up employees or messed up interns are common, what’s uncommon is a CEO who has a social anxiety disorder.

Official CEOgiri is a web series on Youtube where the boss who used to handle his office through a drone and out of bad circumstances he has to come on the floor to save his company and Sumit Vyas did total justice with his role.

Official CEOgiri is for introverts who learn how to handle personal and professional mess with just three or four people on their side.

It Happened in Hong Kong

It Happened in Hong Kong is a web series on Youtube where two strangers on a solo trip to Hong Kong met accidentally with each other. The story takes a turn when their past crosses their way and takes away the comfort that they found. So before you go on a solo trip, watch this trending romantic Hindi web series.

When we think of a start-up we immediately think of Facebook and the thousand apps on our phones! Pitchers should tell you all you need to know based on this. For the uninitiated, this web series Pitchers gives you a reality check and the struggles behind a start-up. No matter how much we dream and stay inspired, watch the story of four friends working day and night to get investors by pitching their idea and the hardship they go through with.

College Romance by The Timeliners

College Romance by The Timeliners is a light comedy and youngsters-based series which follows the story of three BFF Karan, Trippy, and Naira and their not so common actually disasters’ love stories.

Time travel back to your college days or take a trip to the future if you’re still in school as you see this bunch of friends spending their college life.

This web series on Youtube will explore your take on a modern relationship.

Ready 2 Mingle under the Zoom Studio banner explores the life of the incredible duo: Nirav and Myra.

Nirav, who claims he throws perfect parties and Myra, a perfect matchmaker work to make the world fall in love with each other.

A must-watch bachelorette web series, The Holiday explores Mehek, Patrick, Arman, and Kabi who are three childhood friends. A full-on party and vacation ensue as Mehek gets engaged, and her friends enquired about the bachelorette and come to know she won’t have any close female friends. And thus, the coolest bachelorette of the year is a male bridesmaid!

Mom and Co under the Zoom Studio banner is a  day to day story of a relationship that most of us kept taking for granted OUR MOM. This is the story of Aditya Joshi, his perfect life and his messed up relationship with his mom. Add this youtube series to your list if you want to see a mom and son duo change their relation

A high school love story, Flames by The Timeliners follows the story of Rajat, a class topper, and Ishita, a new girl in his chemistry tuition.

Love already blossoms in season one but the second took some interesting turns when the coaching class love story took on a nostalgic ride of high school and coaching love stories.

Reunion follows the story of a bunch of schoolmates who plan to meet again after years, where everyone is facing their own life hassles. Some old friends stay in a house together making new memories and solving some old grudges.

Nostalgic and happy, this is the best web series on youtube, for binge-watching especially when you’re missing your school days or aren’t connected with schoolmates!

This web series is about four best friends going to a music fest on a road trip. Indian web series The Trip stars some good actors like Lisa Haydon, Mallika Dua, Sapna Pabbi who are featured in 2 seasons, both filled with fun stories and disasters that are worth watching.

Best Comedy Web Series in Hindi That You Should Binge Watch Now!