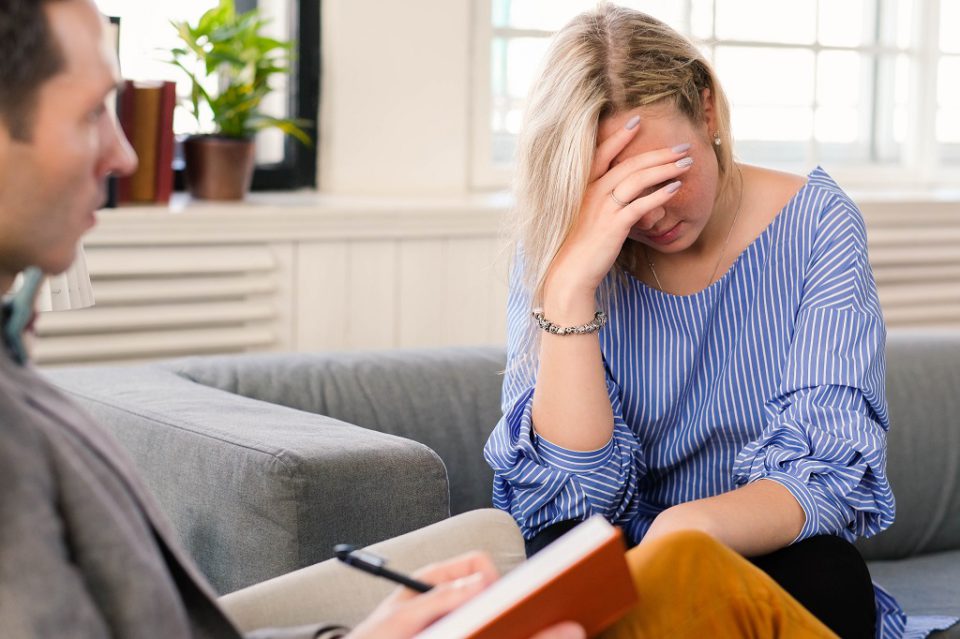 Women and men are affected differently by mental illnesses. Some disorders, like depression and anxiety, are more widespread among women. You are not alone if you are a woman struggling with depression, chronic anxiety or some other mental health issue.

According to the latest research conducted by the Substance Abuse and Mental Health Services Administration, 29 million American women, or roughly 23 per cent of the female population have suffered a diagnosed mental health-related condition in the last year alone Those are just the well-known cases. According to experts, hundreds of thousands of other instances may go unreported — and thus untreated.

Some mental health problems are more common in women and can have a significant impact on a woman’s general health. While men have elevated rates of autism, early-onset schizophrenia, antisocial personality disorder, and alcohol addiction, women have higher rates of mental health disorders such as depression, anxiety, PTSD, etc.

Let us see how it is different for women:

It has been proved by various studies and surveys that females are two times more prone to suffer from depression, than men (12 per cent of women vs 6 per cent of men)

Even though men and women are equally disturbed by mental health problems such as obsessive-compulsive disorder and social phobias, women are twice as likely as men to have panic attacks, generalized or chronic anxiety and different phobias. Aside from the fact that we live in a patriarchal society, and the cultural norms that deny women full equality, social and economic factors such as academic achievement, economic situation, profession, and physical well-being, all contribute to this prevalence.

Women are twice as probable to suffer from post-traumatic stress disorder symptoms (PTSD) than men. This is because females are more susceptible to certain kinds of trauma such as domestic abuse, molestation, rape, or sexual abuse, which men are less likely to experience.

People of any sexual identity can develop eating disorders, but the number is slightly greater in females, with many being diagnosed with anorexia, bulimia, and other illnesses. This is because a woman’s neurological processes are more likely to endure brain activity associated with a negative body image. They are more worried about their physical appearance and are more likely to experience body dissatisfaction which men experience less of.

For generations now, women have been an oppressed gender. Women’s emotional troubles are complicated by gender-specific distress, hardships, and stereotypes that are imposed on them. When these factors combine with mental disorders, they create a mental battleground that is considerably more difficult to navigate.

A married, working woman in our country experiences a great deal of anxiety as a result of the never-ending struggle to strike a work-life balance. As a result, it is critical to investigate how this dual obligation on multitasking women can mentally affect them and generate enough distress affecting their physical appearance, mental wellbeing, and quality of life. Working women exhibit typical depressive behavioural patterns, such as trying to avoid colleagues and missing or evading work or pulling themselves away from greatness, and perhaps even suicidal tendencies. These are not to be overlooked.

Women frequently experience mental health problems associated with their reproductive systems, such as premenstrual dysphoric disorder, postpartum depression, and even emotional trauma during the menopause phase. Nowadays, PCOS (polycystic ovarian syndrome) is a very common issue with young girls, especially. Women with PCOS are approximately three times more prone to be diagnosed with anxiety and depression than women without PCOS. The majority of PCOS-related studies has concentrated on depression and anxiety, but it may also be linked to an elevated risk of obsessive-compulsive disorder (OCD), bipolar disorder, and eating disorders. According to one research, women with PCOS who have reduced serotonin levels and other neurotransmitters experience more depression and anxiety symptoms.

Images of idealized bodies are constantly bombarding us in today’s social media. For women, the focus is on slimness (bordering on thinness), youthfulness (characterized by firm flesh), and flawlessness (either cosmetically and/or digitally enhanced). And while these unrealistic beauty standards are becoming the norm to which many of us compare ourselves, they remain out of reach for the massive majority.

While much research suggests that a large percentage of the population is disappointed with their physical appearance at some point, the emphasis has recently shifted from a general and momentary dissatisfaction with how we look to the more serious aspects of how our body image can impact our current mental health. Even though body image issues are not a mental health problem in and of themselves, they can be a contributing factor for other mental health issues such as lower standard of living, mental trauma, and harmful behaviours such as eating disorders.

Why are there such Gender Differences?

What happens in the female brain and body to distinguish these reactions to mental conditions? The answer could be found in the following areas:

Female hormonal variations have been linked to poor mental health. The hormone Estrogen has been shown to have favourable impacts on the brain, guarding schizophrenic women against serious symptoms at certain stages of their menstrual cycles and preserving the framework of neurons in the brain, which protects certain aspects of Alzheimer’s. On the negative end, women generate little serotonin, and synthesize it more slowly, unlike men, which may contribute to increased levels of depression and other mental health problems. The genetic makeup of a female is also believed to be involved in the development of neurological conditions such as Alzheimer’s.

Despite progress toward equality of the sexes, women continue to face obstacles in terms of social and economic power, prestige, position, and dependence, which can lead to depression and other mental illnesses. Women continue to be the primary caretakers for infants, and it is observed that they offer 80 per cent of all caretaking for chronically unwell elders, adding stress to a female‘s life. Puberty causes girls to become discontent with their bodies – a response that has been associated with depression. Girls are also more likely than boys to be physically harassed.

Understanding the relationship between women and psychological pressures is crucial for explaining the neurobiological implications of a female’s emotional vulnerability. While differences between men and women were not always transparent in mental health, government directives in recent times have inspired government agencies, such as the National Institutes of Health, to pay attention to the need for women-specific mental health studies. Private entities are also reacting to the need to conduct separate studies on men’s and women‘s mental health concerns.

Cricket Bets You Have Never Heard of