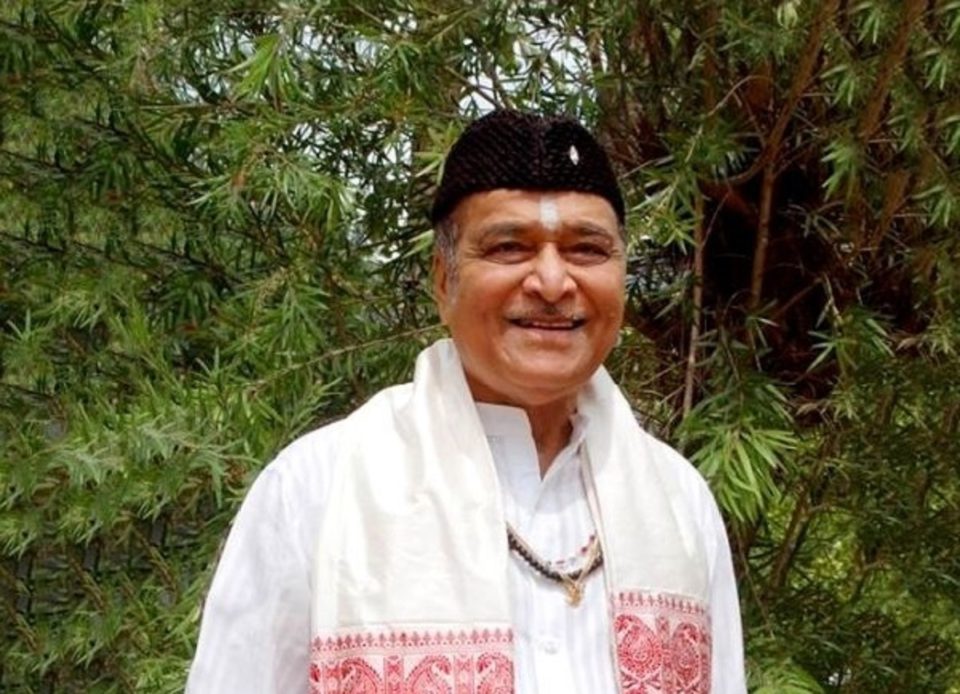 On Thursday, the 8th of September, Google paid homage to a legendary singer, filmmaker and composer Bhupen Hazarika on his 96th birth anniversary with Google Doodle. Bhupen Hazarika was an acclaimed Assamese-Indian filmmaker and renowned singer who created music for many films. He is also northeast India’s leading social-cultural reformer whose compositions and creations united people belonging to every caste, creed and socio-economic background. The artwork was created by a Mumbai-based guest artist named Rutuja Mali who celebrated Hazarika’s work that popularised Assamese folk music and cinema.

Bhupen Hazarika was born on this day in the year 1926 in the Northeastern region of India. Hazarika’s home state is Assam which has always homed many tribes and indigenous groups. Since childhood, Bhupen Hazarika had shown an interest in folk tales and songs while residing beside the Brahmaputra River. His musical talents grew with time and attracted many Assamese lyricists including Jyoti prasad Agarwal, and filmmaker, Bishnu Prasad Rabha. They not only helloed Hazarika recording his first song in the studio but also launched his music career at the tender age of 10.

When Bhupen Hazarika turned 12, he wrote and recorded songs for movies like Indramalati: Kaxote Kolosi Loi, and Biswo Bijoyi Naujawan. Hazarika composed many musical creations and had a reputation for storytelling through songs. His stories were loved by the people as they contained grief and happiness, romance and loneliness, strife and determination and courage and unity altogether.

According to Google, “Hazarika was not only a child music prodigy, he was also an intellectual. He graduated with a master’s in political science from Banaras Hindu University in 1946, and went on to earn a PhD in mass communications from Columbia University in 1952.”

Bhupen Hazarika completed his studies in America and returned back. He continued writing songs and movies which gained popularity. Likewise, Assamese culture also gained attraction at the national and international levels. In his life, Bhupen Hazarika received various awards and recognitions for his work and outstanding contribution to music culture in India. In 2019, Bhupen Hazarika was honoured with the highest civilian award in India, Bharat Ratna and the Padma Vibhushan, India’s second-highest civilian award in 2012.

Apart from music, Bhupen Hazarika served as a director and chairman of many associations and boards like the Indian government’s National Film Development Corporation. On Thursday, union home minister Amit Shah remembered Bhupen Hazarika on his birth anniversary and tweeted, “I bow to Bharat Ratna Dr Bhupen Hazarika Ji, an amazing musician with an exceptional voice, on his Jayanti. With his versatile and mesmerising songs, he popularised Indian music & Assamese folk culture across the world. His contribution to the world of music & art is commendable,”.

Some lesser-known facts about Bhupen Hazarika