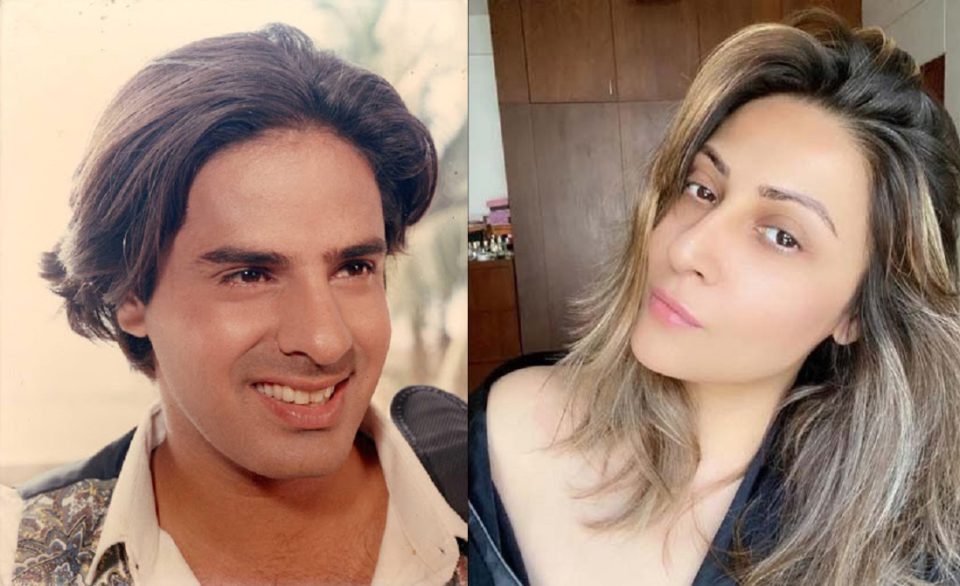 The most controversial reality show ‘Bigg Boss 15’ is back yet again. And like every year the show is hosted by Salman Khan with many known celebrities as contestants. This year the makers had come up a new theme- this year the contestants were made to pass through a jungle to the main house. The jungle house was decorated as per the theme where the contestants were fighting for the basic necessities like bed, couch and washroom.

Even Bigg Boss OTT, which streamed on Voot for six weeks, worked as a prequel to the upcoming season of the reality show. And people who have followed the show will meet some of the familiar contestants even in Bigg Boss 15. Some popular contestants who are a part of season 15 are – Bigg Boss season 13 contestant Asim Riaz’s brother Umar Riaz, actor-model Donal Bisht, Tejasswi Prakash, Karan Kundrra, Simba Nagpal, singer Afsana Khan, Pratik Sehajpal, Neha Bhasin, Raqesh Bapat, Samita Shetty, Nishant Bhat and so on.

But we also wonder what the past winners of Bigg Boss are up to right now and what they did after their victory. Well, let’s find out-

Rahul Roy in Aashiqui won many hearts and was one of the successful movies of the 90s. He participated in the season 1 in 2003 and won the show. The first season was hosted by Arshad Warsi and was aired in Sony T.V. After the show, he made some appearances in movies like ‘Elaan’ & ‘Cabaret’. Recently he made an appearance in The Kapil Sharma Show.

Ashutosh Kaushik had won the Second season in which Bollywood Actress Shilpa Shetty hosted the show. After the show we didn’t see much work of Kaushik, he worked in a few films like Zila Ghaziabad and Laal Rang.  He was also the winner of MTV Roadies 5.0. Recently he tied knots with his fiancé Arpita during this lockdown and donated his saved money to the PM Cares Fund for the COVID-19 pandemic. He even moved to his hometown in Punjab and helped his family to run their dhaba. He recently started his YouTube channel and has been hosting chat shows.

In Bigg Boss, 3 Vindu Dara Singh, son of Dara Singh won the season and earned popularity because of his carefree personality. Bollywood Big B, Amitabh Banchan hosted the only season in 2009. He was later seen in movies like Housefull 2, Joker and Son of Sardaar. He even participated in Nach Baliye 9 with his wife. He also lend his voice to Hollywood movie ‘The Incredibles’ in the Hindi version.

Popularly known for her role as ‘Prena’ in Kasautii Zindagii Kay, Shweta Tiwari won season 4. The season was most memorable because of the live wedding for the first time in the national television. Along with other contents, Dolly Bindra also gained popularity because of her fights.

Post her victory she continued to work in the television shows like Parvarrish, Sajan Re Jhoot Mat Bolo, Kuchh Khattee Kuchh Meethi and Begusarai. Even she also used in the O.T.T. platforms ‘Hum Tum and Them’.

Currently, she is working opposite Varun Badola on Sony Tv ‘Mere Dad Ki Dulhan’. Shweta also made headlines for her separation with her husband Abhinav Kohli, accusing him of domestic violence. Salman Khan hosted the show, and from that time the legacy is still going on.

Juhi Parwar gained popularity for her role in ‘Kumkum – Ek Pyara Sa Bandhan’ and then won season 5. For the first time, the show was hosted by two hosts- Salman Khan and Sanjay Dutt.

After the show, she worked on many television shows like ‘Tantra’, ‘F.I.R.’ and ‘Santoshi Maa’.  Right now she is all set to come back to television with a new show Hamari Wali Good News.

Indian audience got the most lovable vamp in daily soap when Urvashi Dholakia portrayed the most iconic character of “Komolika” in Kasautii Zindagii Kay. She then won Bigg Boss 6 which introduced two houses in the same plot concept. Serials like ‘Badi Door Se Aaye Hai’, ‘Udaan’ and she also participated in Nach Baliye 9 with her ex-boyfriend Anuj Sachdeva.

In  Bigg Boss, 7 Gauahar Khan’s chemistry with co-contestant Kushal Tandon was loved by the audience. After winning the show, she worked on the big screen and also participated in Khatron Ke Khiladi 5. After that, she hosted India’s Raw Star and then participated in ‘I Can Do It’. She gave some fantastic performance in Fever, Badrinath Ki Dulhania and Begum Jaan alongside Vidya Balan. She is a vlogger also and worked in the web series ‘The Office’. Right now she made a comeback as a guest participant in Bigg Boss 14 along with Hina Khan and Sidharth Sukla.

With the serial ‘Diya Aur BAti Hum’ Gautam Gulati became the most favourite contestant. After winning the trophy, he worked in few movies like he played Ravi Shastri role in Azhar, Behan Hogi Teri, Virgin Bhanupriya and Operation Cobra. Right now he will be working with Salman Khan’s Radhe. His last appearance was as a host in ‘Mujhse Shaadi Karogi’ in Colors T.V.

Popularly known as ‘The King Of Reality Shows’, Prince Narula winner of Roadies and Splitsvilla won the 9th season of Bigg Boss. The show was memorable because of his chemistry with Yuvika Chaudhary and Nora Fatehi.  He then went on to tie the knot with Yuvika and later both were seen in the T.V. show ‘Laal Ishq’. The couple also participated in Nach Baliye 9 and won the series. Right now he is the gang leader of MTV Roadies for few seasons and also appeared in the most popular show ‘Naagin3’.

The season introduced celebrity Vs Commoner for the first time. Manveer Gujjar entered the show as a commoner and won the show by beating many famous stars.  After the show, he participated in Khataron Ke Khiladi and is much active in social media. But currently, there isn’t much news about his projects. He is also associated with his family business and also set to make his Bollywood debut, but no such confirmation came till now.

‘Bhabhi Ji Ghar Pe Hai’ fame Shilpa Shinde was one of the most of the popular and strong contestant of Bigg Boss 11. She battled against Hina Khan and Vikas Gupta and won the season. Well after the show, she didn’t sign any big project or we didn’t watch her in any of the television show. She was then seen in ‘Dhan Dhana Dhan’ in Jio Tv select show, but that didn’t work well. She then came back on comedy show ‘Gangs of Filmistan’ but immediately made an exit alleging the difference of creativity by the makers.

Television popular bahu ‘Simar’ entered Bigg Boss 12 with much-known celebrities and cricketer Sreesanth.  Post the show she was not a part of any project but then bagged the role ‘Sonakshi’ in ‘Kahaan Hum Kahaan Tum’ aired in Star Plus. The show was unfortunately wrapped up earlier this year. Dipika is very much active in social media and also has her vlogging channel.

Big boss 13 was the most popular season through the history of the show. The season made a constant headline till the end, and the show was also extended for a few days because of the immense popularity. Contestants like Azim Riaz, Shehnaaz Gill and Rashmi Desai, Late Sidharth Sukla who recently died due to heart attack was the winner of season 13. After the show he was only in two music video – one with Shehnaaz Gill – ‘Bhula Dunga’ and the second collaboration with Neha Sharma- ‘Dil Ko Karaar Aaya’. He later worked on the web series – Broken But Beautiful season 3 and was praised for his performance. His tragic demise shocked the entire nation and his fans along with his rumoured girlfriend Shehnaaz Gill were devasted with the news.

Season 13 was the most the boring season as per the audience view where contestants like Rubina Dallik, singer Rahul Vaidya, Aly Goni, Nikki Tamnoli, Jasmin Bhasin, Azaz Khan were locked. The show gained a very low TRP due to which previous contestants like Rakhi Sawant, Vikash Gupta, Arshi Khan and others participated as the wild cards.

Rubina and Rahul were the top two contestants, and later Rubina lifted the trophy. She was later seen reprising her role in ‘Shakti- Astitva Ke Ehsaas Ki’. She was then seen as the guest in Bigg Boss OTT with Nikki Tamboli. She had also worked in a few music videos like ‘Marjaneya’, “Tumse Pyaar Hai’ along with her hubby Abhinav Shukla. She is also making her Bollywood debut with Hiten Tejwani and Rajpal Yadav.

Know About the Eight Beaches in India Certified as ‘blue Fag’