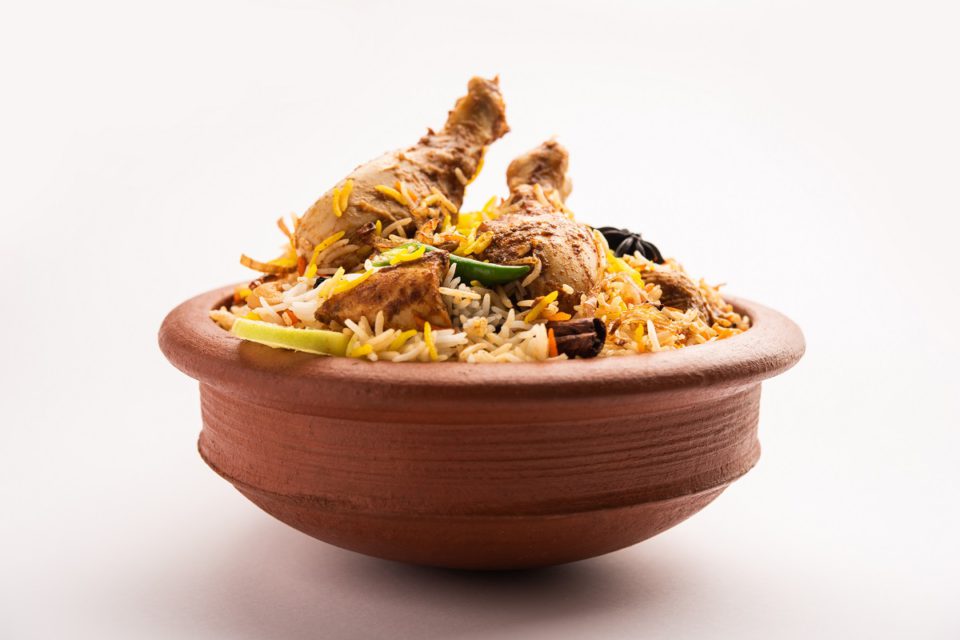 Nothing depicts more delicious than an extravagant plate of Biryani with Raita which shimmers down right from the kitchen. The combination of long-grained rice with Meat, fish or prawn, cooked with heart-warming ingredients and spices, proves to be the most royal dish among the others. With authentic flavours, Biryani is a complete meal in itself giving a worth shot in every bite. Unlike Bhubaneswar, Cuttack also has various Biryani zoint where the Cuttackiyas enjoys the splendid taste of this dish. Let’s have a look at it.

Mirchi Restaurant is highly recommended for mostly the biryani dishes. It is a popular haunt for the locals of Cuttack. People who crave Biryani and other Nawabi items like Kebabs, Mirchi Restaurant seem to be the perfect destination for food lovers. The Restaurant is a meat lover’s paradise and is cooked with less oil which the youngsters mostly prefer for their health. The shimmering lights, the peaceful ambience and the elegant outlay of the restaurant make this biryani joint a favourite one. With the growing popularity of its authentic mouth-watering Biryani, it is usually crowded with, families and the youth. Even the home delivery and takeaway option is the most preferred choice for the customers. The most famous dish over here is the Chicken Dum Biryani, with its trademark fragrant rice and meat infused flavour.

“Biryani is tasteless if it doesn’t have that proper flavour in it and we often don’t find any restaurant over here which serves with those proper authentic flavours in their Biryani. During my visit to this restaurant, I had tasted their biryani that has that aromatic smell and flavours in it, which was delicious. And I am glad that we have Mirchi Restaurant here, which severs the best Biryani along with other appetizing and delicious dishes. The perfect number of spices and ingredients allows tenderizing the meat and rice perfectly.

Biryani is preferred by most of the customers in Cuttack as a one-dish meal and the most popular or the most preferred one is the “Mutton Biryani”. Even the Mirchi Restaurant’s Mutton biryani is equally popular. With the regular demand, they have to maintain that authentic taste keeping hygiene as the most important aspect. Because of the warm environment of our restaurant, they mostly witness families as their customers.”

Specialized in Indian Hyderabadi dishes, Biryani Box is perfect for those who desire a homely meal. The innovative packaging box gives a distinctive feature to this quick-service restaurant. The USP of this joint is the chicken Biryani and Tangdi Biryani. They even serve theme-based Biryanis on different occasions which attracts more customers.

The biryani served here comes in a regular, family or party pack depending upon the number of guests. As the customers come here regularly, so many interesting offers are added to the menu. Whether giving a discount on a particular dish or having a combo meal with an exciting offer, Biryani Box always comes up with different ideas that help to engage with the customers more.

Students usually come down here after their college as its serves the best biryani. The perfectly cooked rice and the chicken fully sucked up with the masala makes the Biryani more scrumptious. Even the drinks and the starter served here is delightful, but the most fascinating thing is the package box design.

Serving since 1999, Green Chillyz provides a profusion number of eatables on its menu, but it’s the chicken Tikka Biryani that leaves the customer licking the plate. Green Chillyz commonly known as GCZ is famous for the street food being served. But with its growing popularity, GCZ is serving the most delightful Biryani. Made in the Hyderabadi style, the Biryani served has a perfect mingle of ingredients, with well-marinated chicken tikka making the dish more delightful. Usually, biryani doesn’t need any accompanying dish, but one can also enjoy Tangdi Kebab with it.

They started this business with one outlet serving only fast food items like chowmein, roll and other fast food but with their growing business, they have now multiple outlets all around Odisha including The Green Chillyz Restaurant in Cuttack. Green chilly is well-known for its speciality in Biryani and Tandoor. The Hyderabadi style Biryani is usually combined with different kinds of spices which makes the dish spicier and tangy.

Located near C.D.A, Hashim’s Restaurant is a multi-cuisine family restaurant serving for 4 years and the perfect entrant to the food business. This restaurant specializes in mouth-watering dishes of Mughlai & Indian dishes but most importantly Biryani. The homely décor with a well-maintained dining area attracts more customers. The Biryani has become quite popular because of its balanced taste and enticing aroma.

Every dish served here is special but Biryani is the most lip-smacking item in our restaurant. They never compromise on the Biryani even if it takes more hours to cook. Both Mutton and Chicken Biryani are in great demand served with relished flavour. Awesome taste and hygienic cooking keep the restaurant more in demand throughout the year. They try to serve the food quickly keeping the flavour as authentic as the customer’s taste. They even try to serve dishes with less oil keeping health-conscious customers in mind.

Dada Biryani is one of the oldest and most well-known Biryani Joints in Cuttack. Well, every cuttackiyan must have tried their Biryani which has that juicy flavour assorted with all the spices. The Dum Biryani is the special biryani being served there. The homemade ingredient and the plentiful amount of Biryani Masala give the most unique texture in their Biryani. Not only the regular customer but many celebrities also come a long way to taste Dada Biryani.

The biryani that they serve makes the taste buds tantalizing. The most famous here is the famous Mutton Biryani. At a reasonable price, everyone can afford these delicious dishes. The authentic taste of the biryani is still there and Cuttack is definitely incomplete without Dada Biryani.

8 Rooftop Restaurant To Visit This year

9 Most Haunted places in Rajasthan: A Journey to The Spookiest State of India