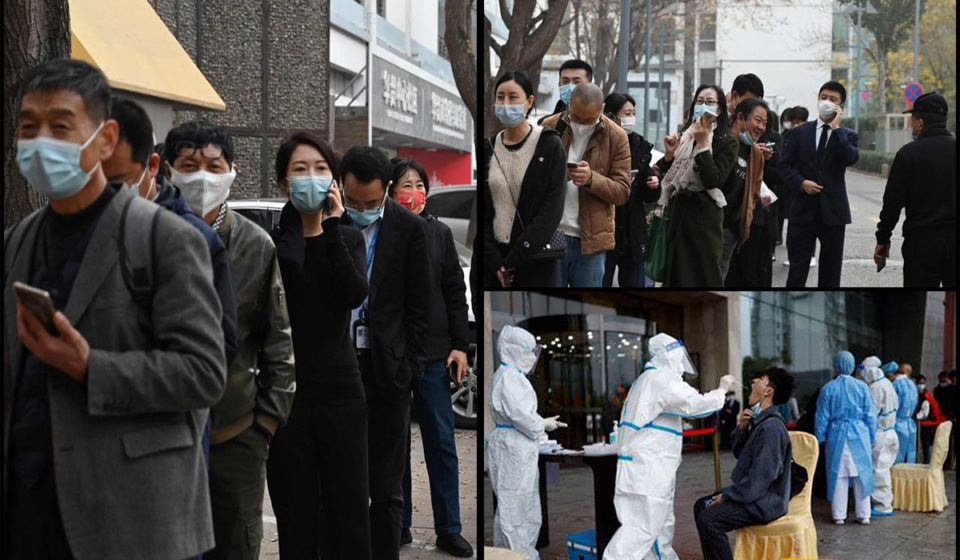 China has imposed fresh lockdowns and travel restrictions amidst a surge in Covid cases. China has reported the detection of two new subvariants of Omicron which are highly infectious with greater transmissibility. According to local reports, the BF.7 was detected on October 4 in Yantai and Shaoguan city. The subvariant BA.5.1.7 was detected in the Chinese mainland for the first time. Earlier the World Health Organisation had warned against the highly infectious BF.7 subvariant.

The latest lockdown started on Monday in Fenyang city in northern China’s Shanxi province after a preliminary positive case was found in citywide testing the previous day, state broadcaster CCTV reported.In the nearby Inner Mongolia region, the capital Hohhot announced that outside vehicles and passengers would be prohibited from entering the city starting Tuesday. Hohhot has recorded more than 2000 cases over about 12 days.

China is one of the few places in the world still resorting to harsh measures to keep the disease from spreading. The long-ruling Communist Party is particularly concerned as it tries to present a positive image of the nation in the run-up to a once-in-five-years party congress that starts Sunday.Travel was down during an annual National Day holiday that began on October 1 as authorities discouraged people from leaving their cities and provinces. But the number of new daily cases has still grown to about 1800 from 600 at the start of the break.

Lining up for a free virus test several times a week has become the norm for many Chinese requiring a negative test result within 72 hours to enter parks, office buildings, shops and other public places.