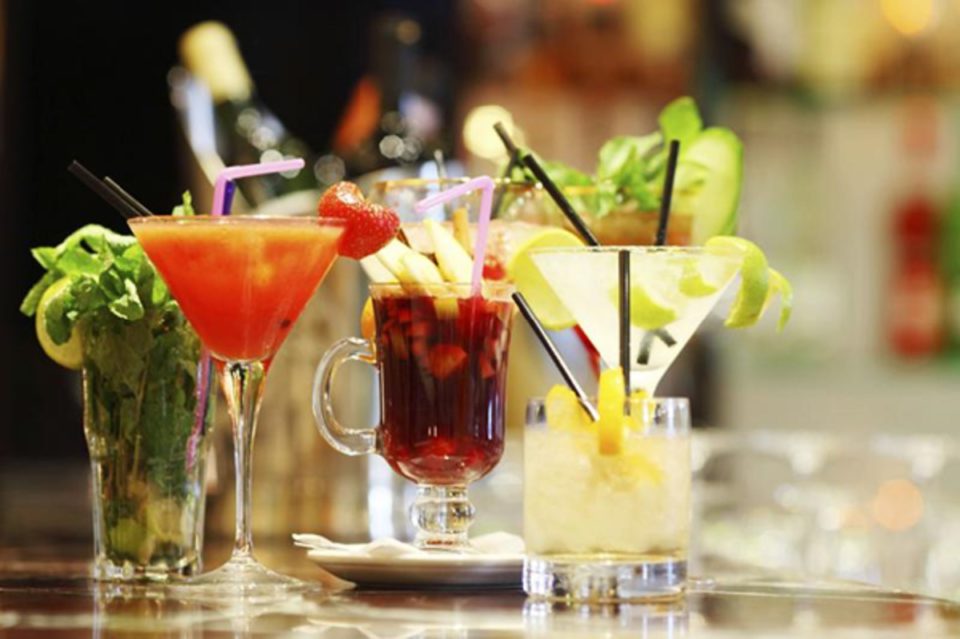 Various celebrities and historians have been immortalized by the bartenders who appreciate them or adore their excellent work. Some celebrities are indeed remembered even after they gained fame 500 years ago. Sports, films, and concerts have all featured many inventors, rockstars, and celebrities as role models. Meanwhile, bartenders have been renaming classic cocktails and alcohols after celebrities to commemorate their names.

One of the classic cocktails and favourites of many drinkers is the Bloody Mary. We’ve heard a few different kinds of claims about the drink’s development, so it’s a little difficult to guess where the original name of the drink came from. One popular myth is that the name derives from a historical character, Mary I of England who was also called Bloody Mary.

This classic cocktail bears the name of a video game and a movie that features Angeline Jolie as Lara Croft’s fictional character. It is dedicated to the actress in the movie. The cocktail was first created in Cambodia in a hotel named Red Piano. Angelina was in Cambodia at that time filming the Tomb Raider movie and the drink became an instant hit after that. You can even make this drink at home easily. Just add three ounces of pineapple juice, 1.5 ounces of Malibu rum, half an ounce of Vodka and soda water.

It is a classic cocktail that is named after a fictional character in Marvel’s Avengers movie. The cocktail is green in colour just like Hulk in the movie. It can be made by mixing equal parts of Hennessy brand cognac and fruit liquor Hpnotiq poured over the ice.

This sweet cocktail was established in the early twentieth century at the Waldorf-Astoria in New York City. It’s named after the mute cinema actor who was at the pinnacle of his hilarious comedy career at the time of creation. The cocktail is made with equal parts sloe gin, lime juice, and apricot brandy. With fruity, tangy, and sweet tastes, you are guaranteed to smile when you mix one up, much like his comedies do.

One of the classic cocktails Gibson name sources is still unclear and where it came from. We hear too many theories revolving around its name and they seem to be very different from one another. One story state that Charles Dana Gibson is behind the name of this drink as he once gave a bartender some instructions on how to make this drink. Others say that Walter D. K. Gibson can be held responsible for the name instead. Whatever the case is, it tastes awesome and remains a favourite of many.

The purple hue of this classic cocktail as well as the fact that it is typically served with violet as a topping on the rim, are sure to draw interest. Dita Von Teese, a well-known theatrical actress known as the Queen of Burlesque, inspired the drink’s name. She is indeed supposed to have developed the drink that puts her ahead of the majority of the other women on this list. To make the drink at home, you’ll require Cointreau, Monnin violet syrup, lemon, and apple juice. Simply whisk the ingredients over ice and pour them into a cocktail glass. Because Cointreau is the key alcohol in the cocktail, the ABV is lower than in many other cocktails.

Mary Pickford, the renowned mute cinema performer, was referred to as “America’s Sweetheart.” Her eponymous drink, of course, must have had something sweet in it. It has fresh pineapple juice, grenadine, white rum, and Maraschino liqueur in it. All of that is topped with a Maraschino cherry. Since there are conflicting tales as to where the cocktail was developed, it is widely assumed that it first appeared in the 1920s.

We must denote Sailor Jerry as a rum rather than a classic cocktail. Yet, this rum is named after a celebrity, Norman Keith Collins. He was an America-based tattoo artist and good at his work. The most famed designs of Collins include the one which has Sailor Jerry. This cocktail is most commonly used in the place of a Rum but, most people like it when mixed with cola. It means that rum and cola together make Sailor Jerry cocktail.

Ginger Rogers got a reputation for herself on the large screen, and the cocktail dedicated for her is still popular. The simple recipe calls for lemon juice, gin, mint, ginger ale, and a ginger source. Fresh ginger is occasionally added in combination, or ginger syrup can be used as a simple replacement. Like many cocktails, there have been several modifications over the years. The ingredient ratios fluctuate quite frequently, and sometimes one constituent is added or removed.

This classic cocktail was named after Scottish actor Rob Roy MacGregor, also known as Rob Roy. The drink was created in 1894 for an operetta’s premiere named Rob Roy. The cocktail is great in taste with Scotch as the main alcohol, sweet vermouth and little Angostura bitters in it. All three components are thoroughly mixed and shaken in ice.

Most of the people must have heard about the famous model, actress and pop singer Marlin Monroe of America. She held charisma on-screen and was known to enjoy champagne often. This made one of the classic cocktails named after her that feature the glistening drink in her hand. The main ingredients added in this drink’s recipe includes grenadine and apple brandy topped with cherries.

The Bellini seems to be a very famous and well-known cocktail. It was created in the legendary Harry’s Bar in Venice in between the 1930s and the 1940s. Although being developed in the 1930s or 1940s, the drink was named after the famed Italian painter Giovanni Bellini. The drink was named for its colour, which resembles a painting by Bellini and the cocktail’s creator, Giuseppe Cipriani. The drink is simple to create, with white peach puree and chilled prosecco on top. For a similar effect, you might use any sparkling white wine.

Rose Kennedy is a pink-coloured cocktail that was first developed in Cape Cod. It was named after Rose Kennedy, the matriarch of Cape Cod’s Kennedy family and President John F. Kennedy’s mother. The cocktail has cranberry that gives it a pink hue in which lemon and cranberry flavours are squeezed in equal ratios. The drink is usually topped with lime or a lemon wedge.

One of the most recent iterations is a creamy brandy-based cocktail, although previous versions used gin alternatively. The title is supposed to be derived from bartender Troy Alexander, who may have created the cocktail. Other ideas propose totally different eras and locations for creation, such as naming it after Russian monarch Alexander II or even Alexander the Great.