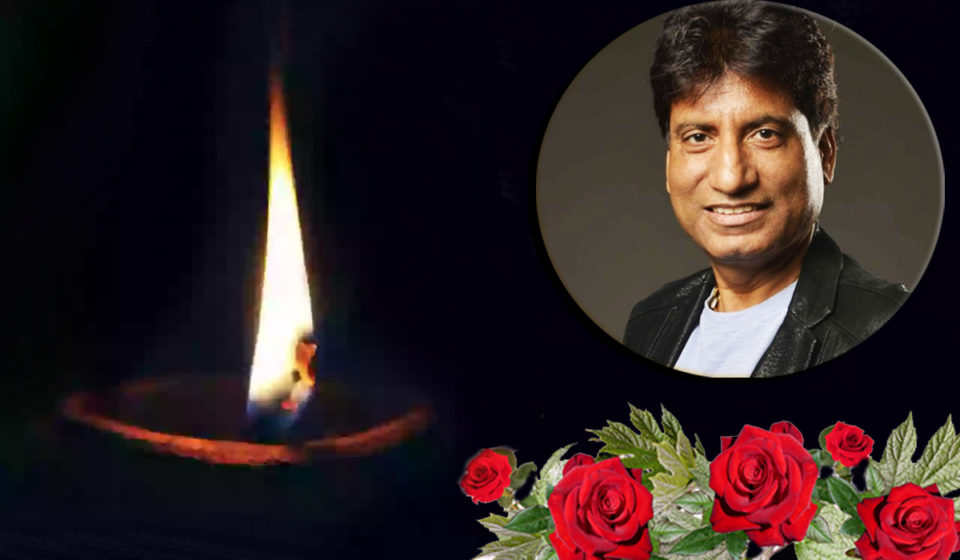 Celebrated comedian Raju Srivastav died earlier today after over 40 days of hospitalization, at 58. He was undergoing treatment at the All India Institute of Medical Sciences (AIIMS) following cardiac arrest. The news about his demise was confirmed by his family. The entire film and television fraternity is mourning the sad demise of Raju.

Srivastav was hospitalized following cardiac arrest while working out at gym on 10th August after he experienced acute chest pain after collapsing while he was working out at a gym. The gym trainer rushed him to a hospital where he was immediately given CPR. Due to his deteriorating condition, he was put on a ventilator but regained consciousness on September 1. He breathed his last today, September 21.

Raju performed small roles in Bollywood films like Salman Khan-starrer Maine Pyar Kiya, Shah Rukh Khan’s Baazigar and Bombay To Goa. He had featured in films like Aamdani Atthanni Kharcha Rupaiya and Main Prem Ki Deewani Hoon among others. He got his big break with the comedy talent show The Great Indian Laughter Challenge, which aired on TV between 2005 and 2017. His imaginary characters Gajodhar and Manohar were loved by one and all.

Raju Srivastava, counted as among the highest profile and experienced comics in the country, is survived by his wife and two children. May the man who made an entire nation laugh, rest in peace. Our thoughts and prayers are with the family.