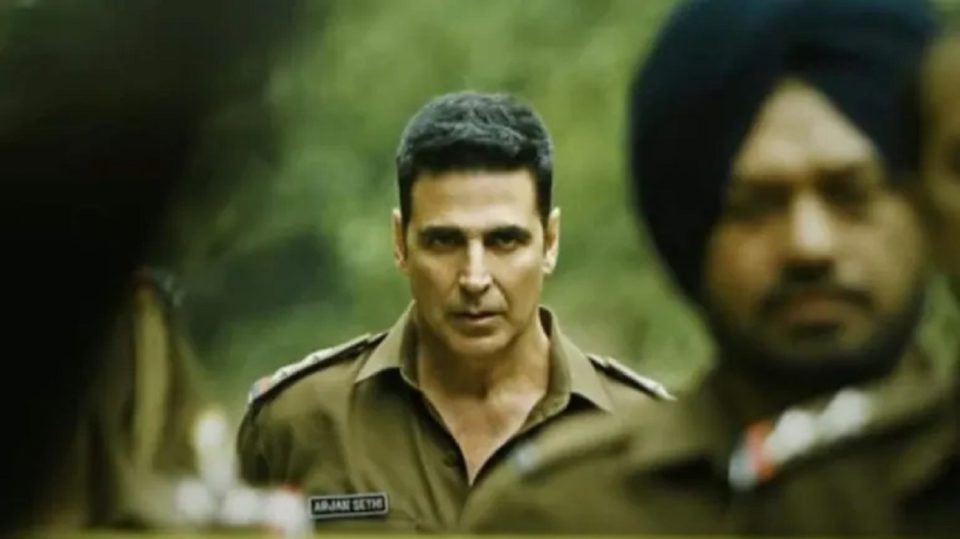 Cuttputlli movie released on the 2nd of September 2022 is based on a story of a cop who tries to catch a serial killer. Akshay Jumar plays the role of Arjan Sethi in the movie who is 36 years old and based in Himachal Pradesh’s Parwanoo. Akshay has made immense research on serial killers and wanted to make a movie on this topic. He approaches various moviemakers in Punjab but all decline his idea. They advise him to make a comedy film instead. Arjan Singh then visits Kasauli to meet his sister Seema (Hrishitaa Bhatt), brother-in-law Narinder Singh (Chandrachur Singh) and niece Payal (Renaye Tejani) on Raksha Bandhan. Chandrachur also plays the role of a cop and advises Arjan Singh to join the police force rather than approaching film-making work.

Arjan Singh and Seema’s father was also a cop but passed away in an incident. Thus, they too get a chance to become police officers easily. When Arjan feels that his serial killer-based filmmaking idea is not working, he agrees to become a sub-inspector and joins a police station where Gudiya Parmar (Sargun Mehta) is an SHO. After a few days, Arjan Singh’s police station is informed about a missing school girl Amrita Rana (Saina Anarose). She was abducted from the outside of her residence where the killer left a box containing a mutilated head of a doll.

After seeing the box, Arjan become sure that the doll’s head was mutilated in the same fashion as a girl named Samiksha Bharti. This suspected girl was murdered in Parwanoo and Arjan had all the information about the murder habits. He tells the SHO about the story but is dismissed soon. A few minutes later, the cops get information about Amrita’s body near the rail track.

After the incident, cops took Arjan’s theory seriously and realise that the killer is on loose and might be searching for his next target. A few days later, Komal (Laaibah Ali) goes missing. Komal’s school teacher role as Divya is played by Rakul Preet. Arjan finds that Komal was seen in an auto-rickshaw and hence, he starts interrogating auto-rickshaw’s driver. He blurted that he had not killed Komal and takes him to Komal’s math teacher Pushottam Tomar’s (Sujith Shanker) house.

Purshottam used to harass his students sexually but denies Komal’s murder even though the evidence is against him. When Purshottam is kept in custody, the killer returns back. This time, he kidnaps another girl Payal, Arjan’s niece. Like before, the killer leaves a box with a mutilated doll’s head. Usually, the killer killed its prey after two days of kidnapping. This means, that Arjan just had 48 hours to find the killer before his niece is murdered like the others.

Cuttputlli is a remake of the Tamil film Ratsasan

Cuttputlli is an official remake of a hit Tamil movie named Ratsasan released in 2018. The thriller movie story is interesting enough to grab the audience’s attention. The remake movie Cuttputlli has controversial dialogues of Aseem Arora which have many humorous scenes as well. Ranjit M Tiwari’s direction is good as it manages to captivate the audience’s attention till the end. Ranjit M Tewari’s direction is fair, at least till the pre-climax. He manages to captivate the audience with his execution. How Arjan tries to get close to the killer and the investigation process make for a great watch.

Akshay Kumar gives a passable effort and effectively underplays the role. In select sequences, such as the one where he loses control and confronts the math teacher, he really excels. Rakul Preet Singh appears gorgeous and well-played her part even though her role is very limited, which is unfortunate. There is an air of assurance about Sargun Mehta. It is a pleasure to watch Sujith Shanker portray the role. However, after a time, Chandrachur Singh vanishes. That also applies to Hrishitaa Bhatt. Fair competitors include Seher Bhowmik, Divya Wadhwa, and Renaye Tejani. Laibach Ali, Saina Anarose, Suhani Dhanki, and Joshua Leclair are also adequate.

The movie has just one song, thanks to the director to skip that part. Rajeev Ravi’s cinematography is brilliant as he captures Himachal Pradesh and UK’s locales beautifully in his camera. The production design of Amit Ray and Subrata is equally fair while Manoshi Nath’s costumes are appealing. The action sequence is directed by Parvez Shaikh and editing is done by Chandan Arora.

Overall, Cuttputlli is a nice movie that shares various thriller scenes but can prove an average fare due to a weak climax. The movie also lacks tension as expected by the audience. Instead, what we get is a family drama and romance which is usual in Akshay Kumar’s movies. You can now binge-watch Cuttputlli in Disney+ Hotstar this weekend. However, those who had already watched Ratsasan may find it uninteresting.

Dark Stores for Grocery Retailers in India: Advantages and Challenges

How to Take Online Casino Gaming to the Next Level

It’s a Girl for Alia Bhatt and Ranbir Kapoor!