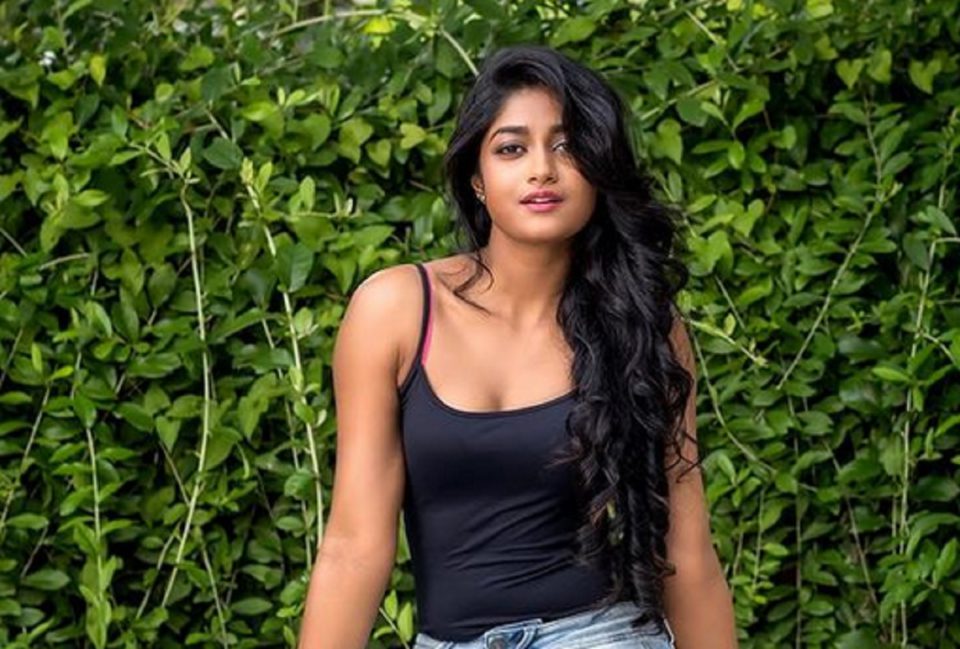 Dimple Hayathi is a Telugu film actress. In 2017, she entered the film industry with the movie ‘Gulf’. In this article, we discuss some facts about the Khiladi actress who has above 500k followers on Instagram already! Before her fame reaches all over India, you will want to be ready with these lesser known details about Dimple Hayathi’s private life that are tough to find! With that being said, let’s share these cool facts about Dimple Hayathi that you can use to your advantage someday!

Dimple was born on August 21, 1988 in Hyderabad, the capital of Telangana. We do not have much information about her education, or childhood.

2. Career and rise in the film industry:

Dimple Hayathi entered the film industry in 2017 with the movie ‘Gulf’:

When she was 19 years old, she started working in the film industry and her first film was in 2017 in the Telugu language and the name of that film was Gulf and in this film, she played her character in Heroin Ki Jayega. Till now i.e. in 2022, he has worked in about 8 films and this his first film also earned a lot at Gulf Box Office.

Karthik Anand, Shalini, Munna, and Dimple Hayathi are in the lead roles in the film ‘Eureka’ directed by Karthik Anand. This film produced by Prashant’s grandfather under the banner of Lakshmi Prasad Productions is celebrating the post-production activities. A teaser was released on this occasion. Karthik Anand said – “This is a love action entertainer film made in the background of an engineering college. The output of Dimple’s movie was very good. Soon after the release of the teaser, there was a good response. ” Also starring Apoorva, Brahmaji, Raghubabu, Sivannarayana, and others, this movie was co-produced by Lalitha Kumari Bodicharla.

Then she starred in the song ‘Jarra Jarra’:

Back then if Dimple Hayathi got a super hit, chances were that she would become a crazy heroine in Tollywood. As her good fortune was not coming along, in spite of her beauty and acting, she has not got a single super hit back in her early days.  Dimple Hayathi, who made her Tollywood entry with the movie ‘Gulf’ in 2017, then acted in the movie ‘Eureka’. But it must be said that these two films did not go well with Dimple Hayathi.

After that, she sang the Super Hittu Nee Haitu song in the movie ‘Gajjalakonda Ganesh’ directed by Harish Shankar and starring Mega Prince Varun Tej. Dimple was able to entertain well with her sultry steps.

If you haven’t seen her in the movie ‘Gajjalakonda Ganesh’, then check out her song on YouTube!

Recently, she acted in the movie Khiladi:

Released on February 11, 2022, finally, Dimple Hayathi got a chance to act opposite Maha-Maharaja Ravi Teja who was playing a dual role in the movie ‘Khiladi’ directed by Ramesh Varma. As a heroine, the beauty’s hopes which were in Ravi Teja’s movie ‘Khiladi’ were made true with a super hit and the movie helped her become a crazy heroine in Tollywood.

According to the plot details. Ravi Teja is reported to play a dual role in the film. Dimple Hayathi and Meenakshi Chowdhury star in the film as heroines.

One thing to note is that the film was initially slated for release on 28 May 2021. The film’s release date was later postponed due to the Covid-19 pandemic…but luckily for Dimple, the film was released on 11 February 2022.

The film’s first shoot began in November 2020 and some scenes were shot in Italy and India but the rest of the film was shot in June 2021 due to the coronavirus pandemic. The film’s soundtrack and score were composed by Devi Sri Prasad. Another cool fact is that in early June 2021, Bollywood actor Salman Khan bought the rights to produce the Hindi version of the film.

Talking about the height of Dimple Hayathi, she is 5 Feet 7 inches and if we talk about her weight, then 60 kg is an estimate.

When Dimple was young, she wanted to model and dance and after finishing her graduation, she started training in modeling and dancing together. Because she loved being an actress after growing up. And one day also came, she had worked in a film and from that her career started.

Dimple H was born in Hyderabad in a Hindu family, but she has never spoken too publicly about her parents and family members.

Speaking of Dimple Hayathi’s Instagram, she has around 561k Followers. And she has also posted many images where one of them even got 24k likes! If you follow her, you can see that Dimple Hayathi has uploaded new photos and reels!

Alert Workaholics! This Was the Gadget You Always Needed