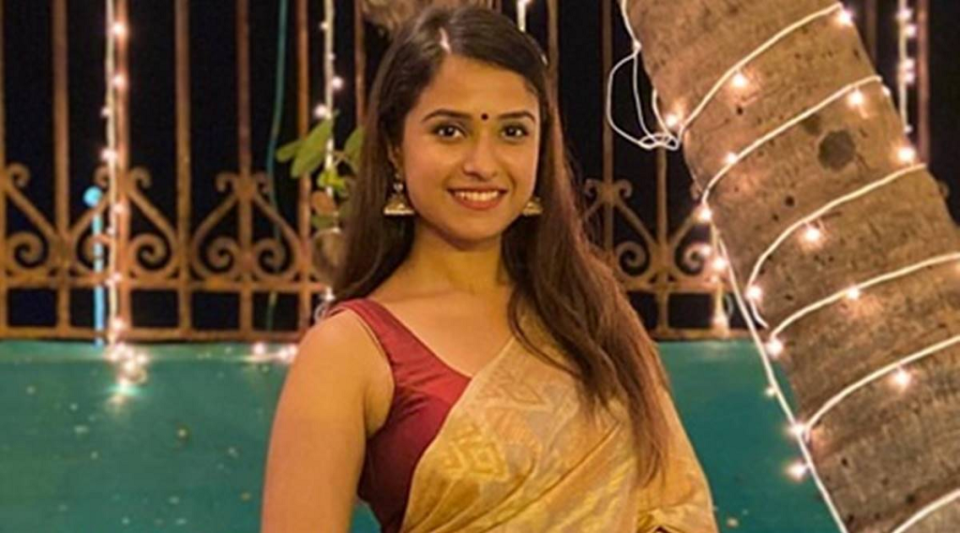 A video of actor Sushant Singh Rajput’s former manager Disha Salian went viral on social media sometime ago. It was claimed in media reports that this video is from an hour before her death. In the video, Disha Salian was seen dancing with her friends. It was also claimed that this video was posted by Disha in her friends’ WhatsApp group on the night of June 8 at 11:48 pm. After about an hour, she committed suicide. But is that all, was her death just a clear cut case of suicide? A lot of facts say otherwise, let’s find out more.

What was happening in the Disha Salian video?

Along with Disha, her friend Rohan is also seen in the video. Disha looked very happy in the video. Now the question was being asked in social media that when she was so happy, why did she commit suicide? However, there is no official confirmation of any kind about this video.

What did Disha Salian’s mother say about the video?

Disha’s mother Vasanti Salian spoke to a news channel and said “A lot is being said on the media and social media about my daughter, but all those things are wrong and nothing more than rumours.”

She further said that Mumbai Police had taken statements twice in Disha’s case. She went on to add “Police is consistently doing its job well. We had seen the post-mortem report, which did not reveal any such thing which is being told to us now.” She also said that Disha went to a get-together at a friend’s house with friend Rohan earlier on the day of her death.

Speaking about the party, Disha’s mother said, “All the allegations being made about the party are false. Disha and Rohan went to Malad once on 4th June. We have also seen the CCTV footage. Disha’s birthday falls on 26th May and her brother like friend Indranil’s birthday falls on 25th May, every year both of them celebrate together. But, this year due to the lockdown, he could not celebrate. So they had a party the night before his death. To say it was not even a party, there were only 6 friends in it, it was a small get-together.” Disha’s mother also categorically rejected the things going on on social media in which it was being said that Disha was partying on the day of her death and she was raped in that party.

What did Disha Salian’s father say about the video?

Disha Salian’s father Satish Salian complained to the police that efforts were being made to discredit his daughter’s name. He said that wrong and objectionable posts were being shared on social media regarding his daughter. Disha’s family was very upset due to all these things.

Disha’s father Satish Salian had also written a letter to the Mumbai Police. In this, he wrote that wrong reports are being circulated about Disha and a section of the media was mentally troubling her family. He had described the theory of rape and murder as completely fabricated.

Satish wrote in his letter that people are posting derogatory posts about his daughter and family. Along with this, he wrote what kind of problems he is facing because of the media. He said,

“Media people come in the name of interviewing about my daughter’s death without informing them, hiding their real brand. Those people are providing wrong information, this is not only hampering the investigation, but it is also affecting my family heavily. These people repeatedly ask questions about the methods of investigation of Mumbai Police and our trust in the police. These people are constantly harassing us.”

Speaking about Disha’s party, her father said: “The news that is going on was her involvement with a politician or she had attended a party with famous people of the film world, or whatever news is coming about rape and murder, all these media people are concocted. Which they have made to sell the channels. There is no truth in these things. They are misleading people. They are spoiling the reputation of my daughter and my family. The fake news is taking a toll on the health of my family and we are being harassed by the media. We are completely satisfied with the investigation being conducted by Mumbai Police and have full faith in them.”

In the end, Satish said that he wants to appeal through this letter that necessary steps should be taken against journalists, influential people, politicians who behave indecently with him.

What was initially concluded as the reason behind the death of Disha Salian?

As per the police investigation, the reason for death was the fact that Disha was very emotional in nature and during the party she got upset about her professional life and started crying. During this, she had called her friend Ankita in London and after that she jumped from the building.

How did Disha Salian die?

Disha Salian, former manager of Sushant Singh Rajput committed suicide on June 8th, 2020 by jumping from the 14th floor of a building in Mumbai. 57 days after Disha’s death, Mumbai Police had sought information related to her from the people. Malwani police had issued a press note saying that if anyone has information related to the accidental death of Disha, then it should be made available to the Malwani police in Malad. Disha Salian died on the night of 8 June, while her phone was active till 17 June. According to the information received by News Nation, many internet calls were also made from Disha’s phone. A big question in this whole matter is who was using her mobile phone till June 17 after Disha’s death.

What did the eyewitness reveal about Disha Salian’s death?

In the case of the death of Disha Salian, the former manager of Bollywood actor Sushant Singh Rajput, an eyewitness present at the party that night on News Nation made a big disclosure. Revealing the secret of Disha Salian’s death, the eyewitness told that Disha was raped by four people. Along with this, the eyewitness also said that Disha’s fiancee Rohan Rai was with her at the time of the crime.

Who is Rohan Rai?

Disha Salian was in a relationship with Rohan Rai for almost 6 years and soon both were going to tie the knot. Rohan Rai is a struggling actor. Rohan Rai has worked in Zee TV serial ‘Piya Albela’. Apart from this, Rohan also used to model for many TV commercials.

Where does Rohan Rai live?

Rohan Rai lives in an apartment in Jankalyan Nagar, Malad West. Disha Salian died during a party held on June 8 in the same apartment. According to the news, on March 24, when there was a lockdown regarding Corona, Disha left her parents’ flat and went to Rohan’s house.

Was Disha Salian raped and murdered?

Let us tell you that the eyewitnesses of Disha Salian’s death case have opened many secrets on News Nation. Eyewitnesses said that Disha Salian was raped by four people. Disha’s screams were suppressed in the loud sound of music going on in the flat. Along with this, the eyewitness also said that Disha’s fiancee Rohan Rai was sitting quietly in the room at the time of the crime.

Where did Disha Salian work?

Disha used to work in a talent management firm named Cornerstone Sports and Entertainment. Disha Salian was part of the entertainment talent management team in this company. Disha had worked with Sushant Singh Rajput, Varun Sharma, Rhea Chakraborty, comedian Bharti Singh and Aishwarya Rai Bachchan for some time in her career.

The main eyewitness of the Disha case said that a popular film star’s son was at Disha’s party. Eyewitnesses told that all the accused in the rape were well-known. One of the four was the minister’s security guard. The eyewitness said that loud music was playing in the party, due to which Disha’s voice was not coming out.

The case of Disha Salian’s suicide came under discussion amidst the ongoing ruckus over the Sushant Singh Rajput suicide case. Disha was the former manager of Sushant Singh Rajput. Disha committed suicide on 8 June. A lot was written on social media regarding his suicide. It was said that Disha had gone to a party, where she was gang-raped and then murdered. BJP MP Narayan Rane also made similar claims.

What was revealed in Disha Salian’s post mortem report?

On August 4th, BJP MP Narayan Rane had claimed in a press conference that Disha’s postmortem report had revealed injuries on her private parts. Rane had also alleged that she was murdered after being raped. However, on August 5th, a leading Indian media house got a copy of Disha’s postmortem report. According to the report, Disha had several injuries on her head. There were many other unnatural injuries on the body, which were caused by falling. These injuries were said to be the main cause of death.

Disha Salian died on June 8. Falling from the 14th floor of a building in Mumbai. The postmortem was done on June 11. The Mumbai Police had also filed an accidental death report. No one was accused from the side of Disha’s family either. Nor was any complaint lodged. Six days after the news of Disha’s death came, news of Sushant Singh Rajput’s suicide also came. Due to this, both the deaths were seen as a part of a single, larger conspiracy. Did the truth die with Disha Salian or we’ll learn it in the future? Only time will tell.