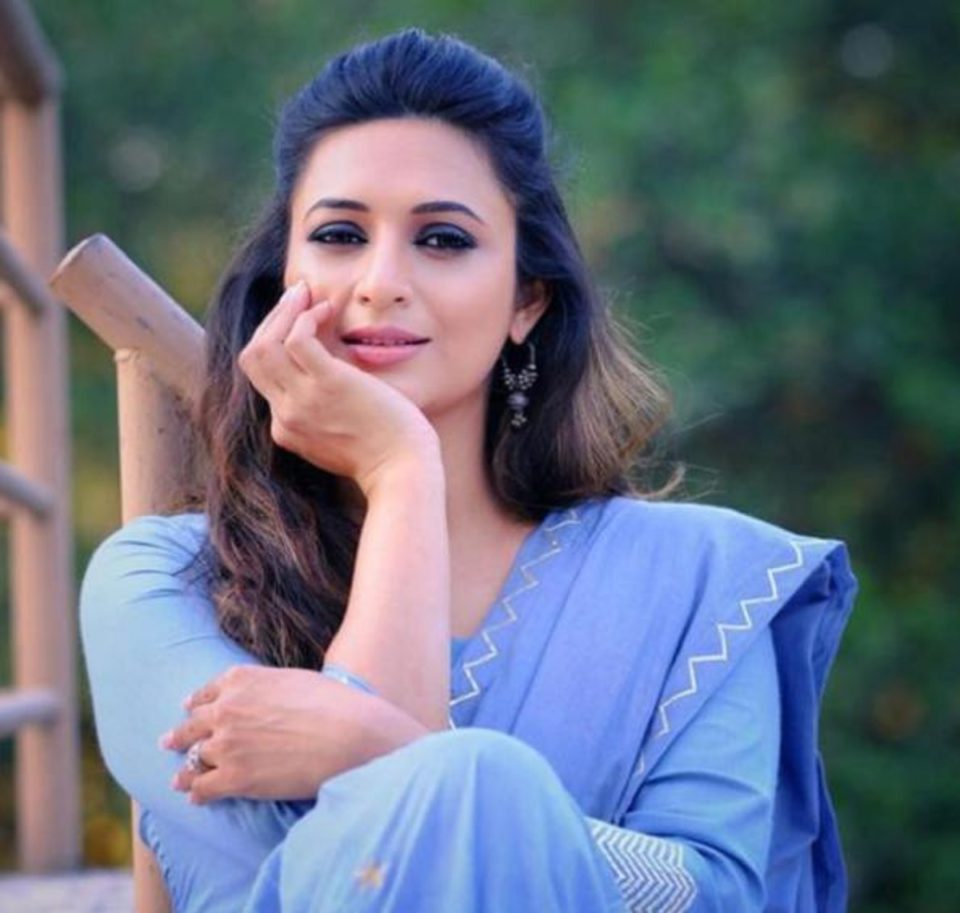 Divyanka Tripathi Dahiya is one of the names known by every viewer in the Indian television industry. She is the wife of famous television actor Vivek Dahiya and together, the couple is seen on sets of the daily soap, and reality-based television shows. Divyanka Tripathi had also participated in Khatron Ke Khiladi and was spotted on Cape Town streets with her friends recently. Divyanka is the brand ambassador of many famous brands and is a social media influencer with thousands of fans following her.

Divyanka Tripathi has become a brand name itself as fans wait to see her on-screen and find her acting delightful. It could be her acting skills or just her innocent smile that has managed to win their hearts over the past few years. The small-screen diva started her journey with ‘Banoo Mein Teri Dulhan’ and has worked with many production houses since then. She was in a relationship with her first serial co-star Sharad Malhotra for eight years but got separated in 2013. Divyanka Tripathi established herself as one of the most successful and the highest-paid television actress from a struggling actress with rupees 250 salary.

As per reports, Divyanka Tripathi’s net worth in 2022 stands around 37 crores i.e., $5 Million.  She earns more than thirty lakhs a month from her television soaps, reality shows, and commercials. Her per episode income stands around 1-1.5 lakhs. For brand endorsements, she charges 70-80 lakhs and together, her annual income stands around 6 crore rupees.

Divyanka Tripathi was born on 14th December 1984 in Madhya Pradesh’s Bhopal. She graduated from Nutan College in Bhopal and completed her mountaineering course at the Nehru Institute of Mountaineering in Uttarkashi. Her father Narendra Tripathi is a pharmacist while her mother Neelam Tripathi is a homemaker. She also has an elder sister Priyanka Tiwari and a brother Aishwarya Tripathi who is a pilot.

Divyanka Tripathi’s career did not start directly with television soaps but from All India Radio, Bhopal. She was one of the participants of Pantene Zee Teen Queen in 2003 and won Miss Beautiful Skin title. She had also participated in India’s Best Cine Stars ki khoj and secured 8th position in the Bhopal zone. She again contested from the Indore zone and became the runner-up. In 2005, Divyanka Tripathi was made Miss Bhopal.

Divyanka Tripathi’s acting career started with a telefilm in Doordarshan and was later made a presenter in the show Akash Vani. She acted as Payal in Star One show Yeh Dil Chahe More followed by Viraasat in 2006. In 2006 August, Divyanka Tripathi got her first debut as a lead role in a drama-fiction Banoo Mein Teri Dulhan where she played the dual role of Vidya and Divya. The audience was captivated by her acting and on-screen chemistry with Sharad Malhotra. She had received many awards for the show as well such as the Indian Telly Award for Fresh New Face and Indian Television Academy Award for Best Actress in Drama Category.

In 2008, she participated in Imagine TV’s Nachle ve and got a role in the horror-thriller of Star Plus, Ssshh…Phir Koi Hai. Two years later, she was seen in Sab Tv’s comedy-drama Mrs and Mr Sharma Allahbadwale as Rashmi Sharma followed by Sab TV’s Chintu Chinki Aur Ek Badi Si Love Story and episodic appearance in Adalat. She got a role in Star Plus Teri Meri Love Stories where she played Nikita opposite, Iqbal Khan.

In 2013, she played the character of Dr Ishita Bhalla in Ekta Kapoor’s serial Yeh Hai Mohabbatein opposite Karan Patel. The show was a great success and ran successfully for 6 years. Her role as Ishita won her several awards. In 2015, she received a Shan-E-Bhopal Award while in 2016, she got two awards in the Gold Awards for Best Actress in Lead Role and Face of the Year Award. The same year, Divyanka Tripathi participated in the sports reality show on Colors TV, Box Cricket League and later made a cameo appearance in Bahu Hamari Rajni Kant in Life Ok. She was seen in Nach Baliye season 8 with her husband Vivek Dahiya and won the show.

In 2018, Divyanka Tripathi appeared in Kanpur Wale Khuranas and 2019, she was seen on Star Plus singing reality show the Voice. In 2019, Divyanka Tripathi made another cameo appearance for Kahaan Hum Kahaan Tum while in 2020, she appeared in Greedy Closet. In 2020, Tripathi presented Sony’s popular crime show, Crime Patrol and was in the show for more than a year. In the last two years, she was seen participating in the stunt-based reality show Fear Factor: Khatron Ke Khiladi 11 as a contestant.

Divyanka Tripathi and her husband Vivek Dahiya are together considered as one of the best couples in the television industry. Both of them support each other’s work and have faith in one another. The couple married on 8th July 2016 while they were shooting for a television drama Ye Hai Mohabbatein. On asking about her married life, Divyanka says, “We try to maintain a fine balance. When one of us is feeling down or not in a great mood, the other one becomes the support system. The good thing is that we understand who needs to be on which side. I believe having open and honest communication has been our main strength”.

Sharad Malhotra was in a relationship with Divyanka Tripathi for eight long years after they had worked together in Divyanka’s debut Banoo Mein Teri Dulhan. Post break-up, Divyanka married Vivek Dahiya in 2016 and is happy with her married life. However, Sharad Malhotra has recently shown the desire to go on a double date with his ex-girlfriend Divyanka Tripathi even though they have not spoken for six years, her husband and spouse Ripci Bhatia. Sharad Malhotra calls her ex-girlfriend one of the finest actresses in the television industry and recalls telling her not to change for anyone when they were in a relationship. Sharad admits that he has never contacted Divyanka Tripathi for six years but was open to work with her once again.