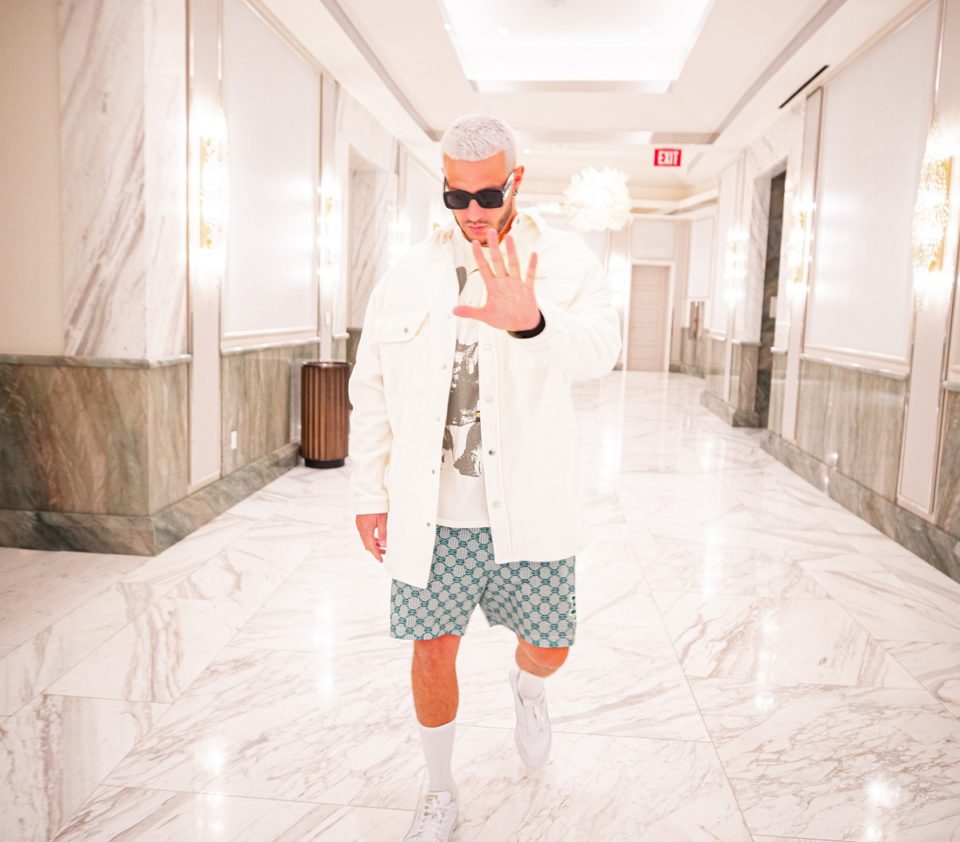 DJ Snake aka William Grigahcine is set to tour India with Sunburn Arena this year. DJ Snake seems excited about his six days tour and said, “I am excited to be coming back to India. When I visited India during Holi 2019 and Sunburn Goa 2019, the energy and vibe were so upbeat everywhere. It is always amazing to travel to different cities in India. The cultural exposure inspires my music and India certainly tops in that area.”

DJ Snake’s tour will begin on November 18, 2022, and the first city he will visit is Ahmedabad in Gujarat. Following it, he will visit Delhi NCR on 19 and then on 20, he will be in Hyderabad. His next destination is Pune scheduled for 25th November following which he will land in Mumbai on 25th before wrapping up in Bengaluru on 27th of November.

In the past, DJ Snake has visited India and made a remarkable performance. He was in the country during the 2019 Sunburn annual fest in Goa. He loves India very much and finds it an amazing nation full of diversified cultural people. He has also remixed a Tamil song Enjaami during the pandemic. Although the venues are still to be disclosed, people are very excited to visit the DJ Snake show.

DJ Snake’s full name is William Sami Etienne Grigahcine. He was born on 13th June 1986 in the Parisian suburb of Ermont to Algerian immigrants’ parents. He grew up in slums and had to quit studying at 15 to work in a well-known recording house in Paris. Today, he is a well-known French rapper and a deejay who had been nominated for several Grammy awards in the past. In addition, he had partnered with Lady Gaga to record, compose, and release her album. He had worked with Lil Jon for his music video among many others.

DJ Snake was born to a French showman’s father who left his house when William was just two years old. DJ’s mother is an Algerian who did many odd jobs like cleaning and nanny to bring up William and his younger brother on her own. He often mentions his childhood struggles in his interviews and how he grew up in a multicultural environment that influenced his love for music.

DJ Snake is a self-taught man

As discussed, William had to quit his studies due to financial issues in his family. But he never quit his passion for music and had started mixing when he was in the sixth standard at his friend’s house. After 10th grade, he stopped attending school because he didn’t fit into the French education system. He was expelled from high school and never went back even to complete his diploma. Now, we can listen to several of the DJ Snake tracks which had crossed one billion views on the YouTube channel.

After many failures, William had to face dire financial stress. Failures discouraged him heavily as nothing worked in his favour. He rented a studio in Boulogne-Billancourt where he shut himself for months hoping to create music that could give him a successful breakthrough.

The reason behind naming himself ‘Snake’

William loves being called Snake on stage due to his remarkable ability to outrun the police. When he was young, he took part in graffiti street art but always managed to escape from the hands of officers. In May 2022, he referred to his origins during a performance and about his nickname saying, “It was a shitty idea when I was a kid, but now it’s become a habit,”.

DJ Snake is by nature an introvert

People have mostly seen DJ Snake perform excellently on stage, but very few are aware of the fact that Williams was an introvert by nature and felt very shy to dance at parties when he was a teenager. He did not have the courage to dance in front of people and even today, he feels reserved to a great extent. He feels shy while performing in front of huge crowds or big stars. In an interview, he said that whenever his mother visits his concert, he feels most nervous that time.

DJ Snake is a feminist

As compared to other musicians in the music industry, the DJ has an unorthodox lifestyle. He does not love drinking or doing drugs and had never smoked a cigarette. DJ Snake also claims that his activity may influence his followers, particularly young ones and he does want to portray a bad picture in front of them. He calls himself a feminist and would never compromise on a few principles like clipping with naked girls or doing drug promotions.