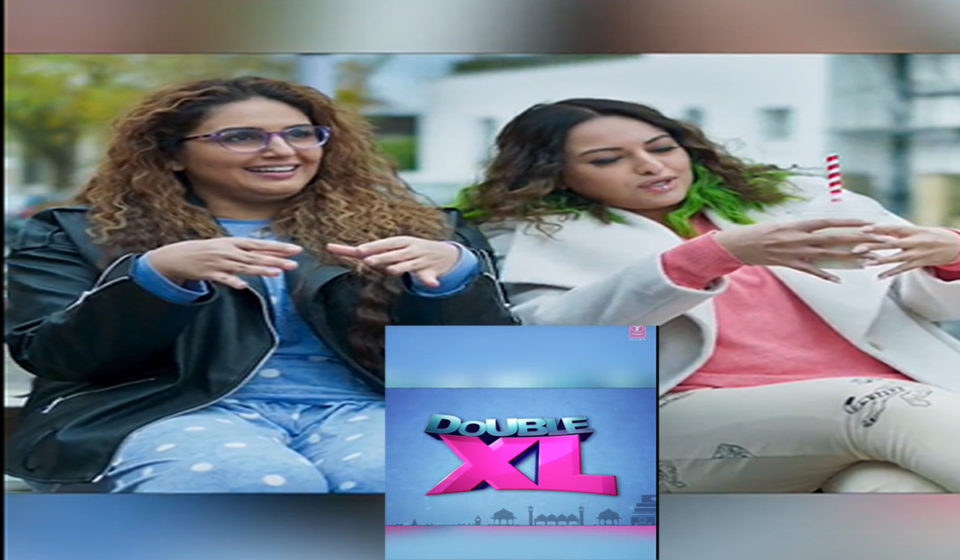 The first teaser of Bollywood actresses Sonakshi Sinha and Huma Qureshi-fronted comedy drama Double XL, which is set to hit the theatres on October 14, has just come out. Presented by Gulshan Kumar, T-Series, Wakaoo Films and Mudassar Aziz in association with T-Series Films, the highly-anticipated movie breaks the weight stereotyping with slapstick humour.

In the video, the duo can be seen wearing oversized outfits and sitting on a bench in a foreign land. The teaser begins with Huma Qureshi joking about the world managing to find body fat even when an individual is wearing oversized clothes. Sonakshi too adds to the conversation and complains about the boys looking for unrealistic body types. The two friends are then seen taking a jibe at the guys and bursting into laughter.

Huma shared the teaser via her Twitter with the captioned “From fries to fun..all good things in life come in #DoubleXL sizes! 😉 A story of friendship and dreams filled with masti is coming in cinemas near you on 14th Oct 2022.”

Sonakshi also shared the teaser on her Instagram handle with the same caption.

On the work front, Huma Qureshi was last seen in the film Bell Bottom opposite Akshay Kumar and Vaani Kapoor. She has Monica O My Darling and Tamil film Valimai in the pipeline. Whereas, Sonakshi Sinha will be next seen Kakuda.

Urvashi Rautela Chops Off Hair in Support of Iranian Women