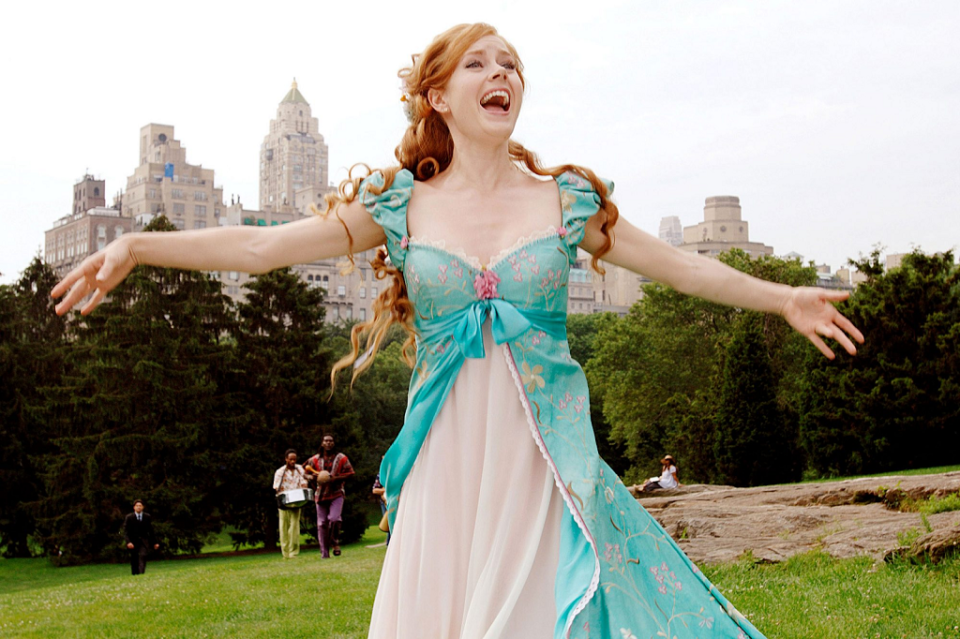 When Enchanted came out in 2007, it immediately became a fan favourite. The live action/animated fantasy movie featured some stunning visuals and fantastic acting by acting powerhouse Amy Adams and Patrick Dempsey. In this era of sequels, many people wondered why such an amazing movie never got a sequel. It’s not like the movie wasn’t a financial success, it made over $340 million upon release. However, the sequel of the movie was finally announced and fans couldn’t contain their excitement.

Here are Some of the Things We Know About Enchanted 2

What did Patrick Dempsey say about Enchanted 2?

Patrick Dempsey appeared on Good Morning America and spilled some beans about the upcoming sequel called Disenchanted. He also talked about when the film’s shooting is about to start. Her’s what he said:

“I just got this script for the second movie, and then I’m starting to go through and get notes together,” Dempsey said. He also added, “There’s talk that we’ll start shooting that in the spring.” It’ll be unrealistic to expect the shooting to start in the spring because of COVID-19 infections still being prevalent across the globe. However, the fact that the sequel is essentially set to begin production as soon as possible is great news for all the fans of the 2007 movie.

What was the plot of Enchanted?

The movie deconstructed Disney’s animated flicks very well and the fantastic performances of Amy Adams and James Marsden were extremely appreciated. The sequel to the original, titled Disenchanted was announced in December and Amy Adams was slated to reprise the role of Giselle. The movie is slated for a Disney+ premiere but the date hasn’t been announced. Going by where things stand today, we can assume that the sequel won’t be out before 2022. Disenchanted will premiere exclusively on Disney+ at an unknown date, although with filming tentatively scheduled for this spring, it’s safe to assume that we won’t see the sequel until early 2022. The release date hasn’t been confirmed, but we do know that key members of the original cast are returning.

What made people love Enchanted?

The original live-action fairy tale followed Amy Adams as Giselle, a cartoon princess who wants nothing more than to marry her prince (James Marsden) and live happily ever after. But she gets sent to real-world New York by a wicked queen (Susan Sarandon), where she falls for a cynical, single-dad divorce attorney (Patrick Dempsey). Featuring cameos from the voices of Disney princesses past, the hybrid live-action-animated Enchanted marked a turning point for Disney. (YouTuber Lindsay Ellis has a great explainer on Disney’s evolving approach to reevaluating its old material.) Enchanted is also remembered as the musical that cast Broadway titan Idina Menzel but didn’t have her sing.

How is Enchanted remembered by fans?

In the years since, Enchanted’s reputation has grown alongside Amy Adams’s star power, with many fans clamoring for a sequel. And it looks like our wish is finally coming true.

What is the name of the sequel to Enchanted?

The sequel to Enchanted is not called Enchanted 2. It’s called Disenchanted.

Where can people watch Enchanted 2?

Enchanted 2, which will be released under the title Disenchanted will be available for streaming on Disney+.

Are the original stars returning for Enchanted 2?

Yes, Amy Adams and Patrick Dempsey, among quite a few other actors from the original movie, are returning.  are both returning. Patrick Dempsey told Good Morning America in January 2021 that he “just got this script for the second movie, and then I’m starting to go through and get notes together.” He added that they hope to start shooting in the spring, if coronavirus guidelines allow. James Marsden and Idina Menzel are returning too. Their appearance in the movie was confirmed in March 2021. They will be back as Prince Edward and Nancy Tremaine.

When does Enchanted 2 take place?

It takes place after happily ever after. According to an article released by Collider, a squeal of Enchanted was in works in 2016, decades after the events of the first movie. It reportedly finds Giselle “questioning her happily ever after and accidentally triggering events that make everyone’s lives turn upside down in both the real world and in the animated kingdom of Andalasia.”

Who will direct Enchanted 2?

While it isn’t confirmed yet, but Adam Shankman is expected to direct the movie.

When will Enchanted 2 be released?

Because of the COVID-19 pandemic, the release date isn’t clear at all. However, since Disney has already announced that the movie will be streamed on Disney+, releasing it will be a lot easier than if it were slated for a theatre release. The fans are extremely excited already and they can’t wait. A sequel to one of the most beloved movies of the 21st century will definitely be appreciated as the world continues its recovery from the pandemic.

6 Biggest Skincare Treatment Trends of 2021 You Must Try