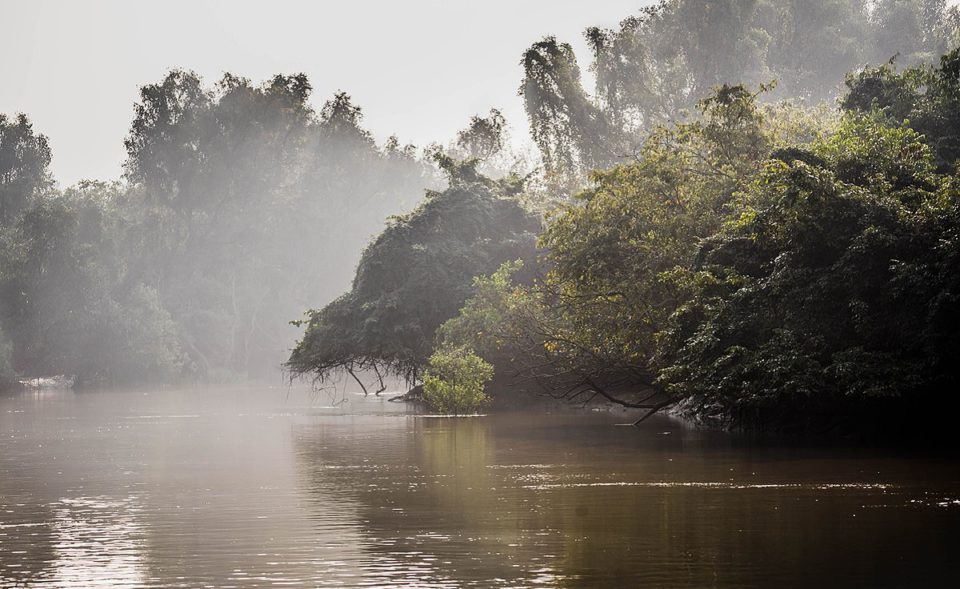 Today, Odisha’s numerous sanctuaries, both large and small, shows a notable role in the assurance of wildlife, while they have proved to be delightful heaven to the nature-lovers. Seven major sanctuaries have built their names in the international environment map, while other shelters do exceptional service to their wildlife habitats.

Bhitarakanika National Park is one of the oldest and most famous wildlife sanctuaries in Odisha. Let’s explore more-

Bhitarkanika is located in the north-eastern part of coastal Odisha which is spread over an area of 672 sq. Km with a park covering 380 sq. Km, including 115.50 sq. Km of mangrove forest. Owing to its various ecosystem, Bhitarakanika was declared as a sanctuary in 1975 and announced as a National Park in 1998. On the 19th of August 2002, its mangrove was represented as a Ramsar site being a wetland of international significance. This sanctuary is located at the tip of the green delta formed by the Mahanadi, Brahmani and Vaitarani rivers.

Bhitarakanika exemplifies one of the most outstanding inventions ever as it presents an unusual environmental and ecological phenomenon. The natural stretching beaches, dense green mangroves, migrating birds and turtles, the impending estuarine crocodiles, nomadic watercourses, peaceful surroundings hindered by the chirping of birds make the ever scenery that spellbinds visitors of flock these unique places of tourist interest. The sea, sand, mud, creeks, wildlife and scenic beauty of the area make it the most sought after ecological destination.

A diversity of plants are seen putting up abundant growth in this inter-tidal habitat. These species are indigenous to the area and are called mangroves. Mangroves play a vital role in the coastal ecosystem. Some species occurring outside the inter-tidal environment are called associates of mangroves. As many as 62 species of mangroves and their associates are found in Bhitarakanika. It is the second-largest viable mangrove ecosystem in India after the Sundarbans in West Bengal.

This park is located at village Dangmal which is the hub area of Bhitarakanika Sanctuary, covering an area of 145 sq. Km has considerable weight concerning the ecological, geomorphological and biological background, which includes mangroves forests, rivers, creeks, inlets, backwater, accreted land and mudflats. Other attractions at National Park are enthralled breeding and research centre for estuarine crocodiles, huge female crocodiles-Gori and Hydrabadi.

Nature’s trail in Bhitarakanika Forest Block throughout 4 Km is a breathtaking adventure. It is a must viewing spot for all nature-lovers. Mangrove species give way to their associates like Kochila, Mankada Kendu as one move away from creeks.

Several meadows and freshwater ponds are the ideal places. One can look for chittals; water monitors lizards, migratory and resident birds. An ancient Shiva temple, a silted white lotus pond and collapsed shooting block of Kanika King bring back the memory of a remarkable history of the place.

There are varieties of birds species to be witnessed like – thousands of Bagagahana and many more. Over 170 types of residential and migratory birds visit these spots for feeding, breeding and nesting activities. These include Kingfishers, Seagulls, Ducks, Greece, open billed stocks, Egrets, Herons, Kites, Sandpipers, Whistling teals etc. Rare and endangered varieties like the Brahminy kite and white-bellied sea eagles also nest on the trees along the banks of the Bhitarakanika rivers.

Gori, the white female saltwater crocodile, hatched out in the artificial hatchery from the first clutch of eggs collected from Kalibhanjadia during August 1975.

Gori was given a mate twice and each time pairing was not compatible. In the fierce fighting that followed, Gori lost her right eye to which she stays alone. Gori became more famous nationwide when she became the mascot of the National Youth Festival held at Bhubaneswar in the year 2010.

Hydrabadi hatched out in the artificial hatchery from the first clutch of saltwater crocodile egg obtained from the Kalibhanjadia island of Bhitarakanika National Park during August 1975.

Now with a length of 2.85 metres, Hydrabadi is a fully grown female crocodile. Due to the isolated rearing, she is not accepted by the wild male to which she stays alone in the enclosure.

Accommodation amenities at Guesthouses are available at Dangamal, Gupti, Ekakula and Habilikhati. These facilities can be availed by obtaining an antecedent reservation order from the WildlifeWarden Division office at Rajnagar.

Treat to the Eyes – Best Places in India for Stargazing

Best Places to Visit in India During Summer Holidays

8 Rooftop Restaurant To Visit This year