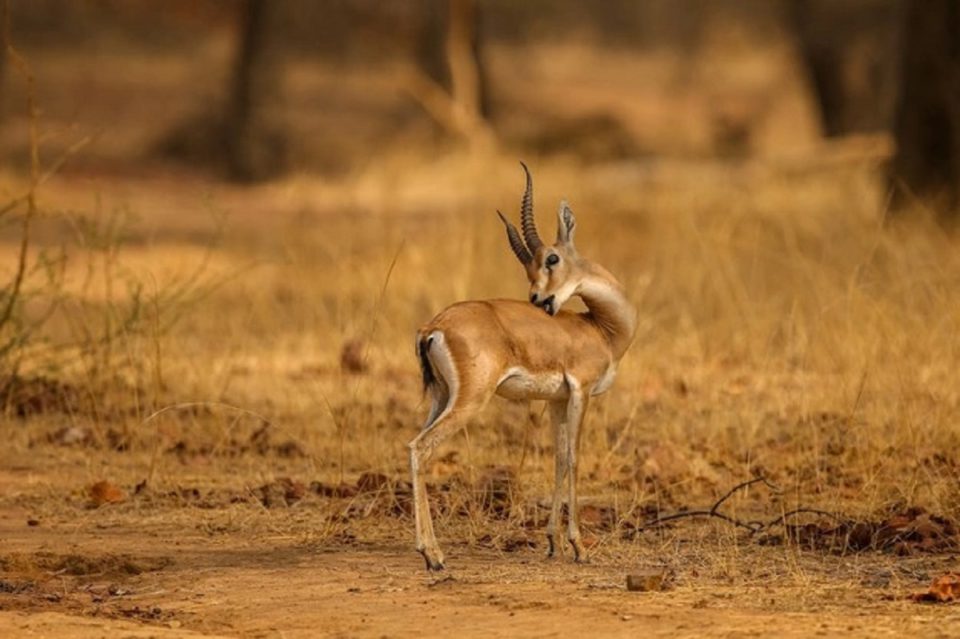 India is a land of extensive and assorted topography which is a home for some of the extraordinary flora and fauna species.  The country is termed as heaven for those who love to explore the vast promenade of nature and wildlife. Bragging rich biodiversity and altered geographical features, this country is home to an incredible number of wildlife species.

People are bound to be enthralled travelling in a country like India where people can enjoy the rugged cold mountains, temperate dry flatlands, rainy river plains, dry hot deserts, damp soggy marshes and lilting alpine meadows. This country allows you to experience the temperature which varies from sub-zero to scorching hot and humidity. From the Snow Leopards of the far North to the Astonishing Bengal Tigers of the Sundarbans, something is intriguing for every wildlife enthusiast.

Every state in this country has at least one wildlife sanctuary that attracts thousands of tourists every year. Some might not that popular but exploring these parks is worth a visit. The level of excitement buckles up, even more, when you have the hope of spotting a rare, wild animal in its natural habitats and all sudden you spot one. Even taking a safari in a dense forest accommodating such rare wildlife species which makes adrenaline rush through your blood. But some of the wildlife sanctuaries in the country have not been fully explored. So here are some of the unpopular, yet beautiful wildlife sanctuaries which need to be explored-

Indravati National Park which is situated in the Bijapur district of Chhattisgarh state which is has a wildlife population larger than many others in the country. The name of the park is derived from the Indravati river which flows from the east to west and forms the northern boundary of the reserve with Maharashtra. It is among the three royal tiger reserves in this state, the other being Achanakmar and Undanti-Sitandadi tiger reserves.

Further, the park is the perfect place for travellers and wildlife aficionados who loves to explore the dense flora and fauna. Travellers can also find the rare and endangered Wild Asian Buffalo at the park, along with Nilgai, Black Buck, Sambar, Gaur, Tiger, Leopard, Chital, Sloth bears and countless other species of fauna. Indravati conquered the status of a national park in 1981 and a tiger reserve in 1983 and became one of the most famous tiger reserves in India. From December 15 to June 15 is the best season to travel to this park.

To reach the park one can easily travel from Jagdalpur which is the district headquarter of Baster. Even Kutrue village is the main entry point of the park and has the nearest airport.

Sanjay National Park is situated in Sidhi District of Madhya Pradesh which is termed as one of the hidden treasures of India’s wildlife tourism. The park was formed in 1975 under the wildlife protection Act of 1972, the green estate that features sharp cliffs, water bodies, valleys, hills and deep canyons.  The park is comprised of a thick dense canopy of vegetation which is mainly comprised of Sal forests. Many animals like deer, wild boar, Nilgai, Chinkara and tigers are like home for them and are often spotted here.

Further, the Park is a great place for birdwatchers as there are around 300 bird species, including both common and rare, living within its boundaries. The park, along with Dubri Wildlife Sanctuary, forms Sanjay-Dubri Tiger Reserve. The park has an assortment of rare and exquisite genera of flora and fauna. The park covers 831 km of area, and the forest is popular for its rich biodiversity and dense plantation of Sal and Bamboo trees.

The park is easily accessible which is well connected by both road and railways. The nearest airport in Mumbai is 15 Kms and by rail, the distance between Mumbai to Borivali is 30 km. Even you can also travel via road to Borivali which comes near the Mumbai octroi post on Mumbai.

Phawngpui National Park is situated close to Burma in an area which is called as Blue Mountain of Mizoram. The park is heaven for nature lovers and traveller who loves to explore the wildlife. The park covers the highest mountain peak and is located about 300 km from Aizawl. He travellers can witness leopard, leopard cat, serow, mountain goat, langur and Asiatic black bear. The national park is also known for its large population of rare bird species like Hume’s pheasant, hornbills, Blyth’s tragopan, grey Sibia and Sunbird.

Even varieties of butterflies along with some rare insects are witnessed. Even since 1992, the very rare, clouded leopard has been recorded in the Farpark area. The best time to visit this park is between November and April as you can witness the wild animals and other species very closely.

Keibul Lamjao National Park is situated on Loktak Lake in the Bishnupur district of Manipur which is termed as the world’s only floating park.  The park consists of moist evergreen forests that have a rich diversity of aquatic, wetland and terrestrial wildlife. The park is home to many endangered species which includes species of Brow Antlered Deer or Sangai. Even animals like hog deer, large Indian civet, flying fox, sambar, golden cat, common otter, jungle cat, etc. Even the traveller will also witness beautiful birds like East Himalayan pied Kingfisher, hill myna, skylark, ruddy shell duck, etc. National Park is well connected to Imphal and Guwahati.

Apart from the birds and wild animals, large mammals like the large Indian civet, small Indian civet, common otter and wild boar have also been seen here. Some of the rare animals like marbled cat and Asian golden cat, Himalayan black bear and the Malayan bear are witnessed here. The best time to visit would be December to April.

But unfortunately, with the changing times, the population of tiger, leopard, panther, fox, jackal and wild dog has been reduced and people can hardly spot these animals currently.

You can travel to the park via any mode of transport. The park is about 50 km from Imphal which is the capital of Manipur. Both airways and railways are connected to the place, or you can explore the national park by boat also.

Desert National Park is situated in the west Indian state of Rajasthan near the town of Jaisalmer and is termed as one of the largest national parks that cover around an area of 3162 km. Jaisalmer is famous for its forts, palaces and rich cultural heritage. The park is a short drive away and attracts few visitors but is an excellent example of the ecosystem of the Thar Desert.  Sand dunes form around 20% of the Park and the major landform consists of craggy rocks and compact salt lake bottoms.

The national park is all covered with flat sands formations with some patches of grasses and bushes. Travellers can also discover some water bodies which makes the sandy scenario even more spectacular. The park also lies close to the rich fossil park which is a protected area with deposits of fossils as old as 180 mullion years been discovered.  You can witness blackbucks, chinkaras and desert foxes along with endangered great Indian bustard

Further during the winter season, migratory raptors such as Himalayan and Eurasian Griffon vultures, the eastern imperial eagle and the saker falcon fly here. The park attracts different species of birds and is an excellent place for bird watchers. Even if you want to experience a thrilling jeep safari, the national park is perfect to explore the bounties of nature.