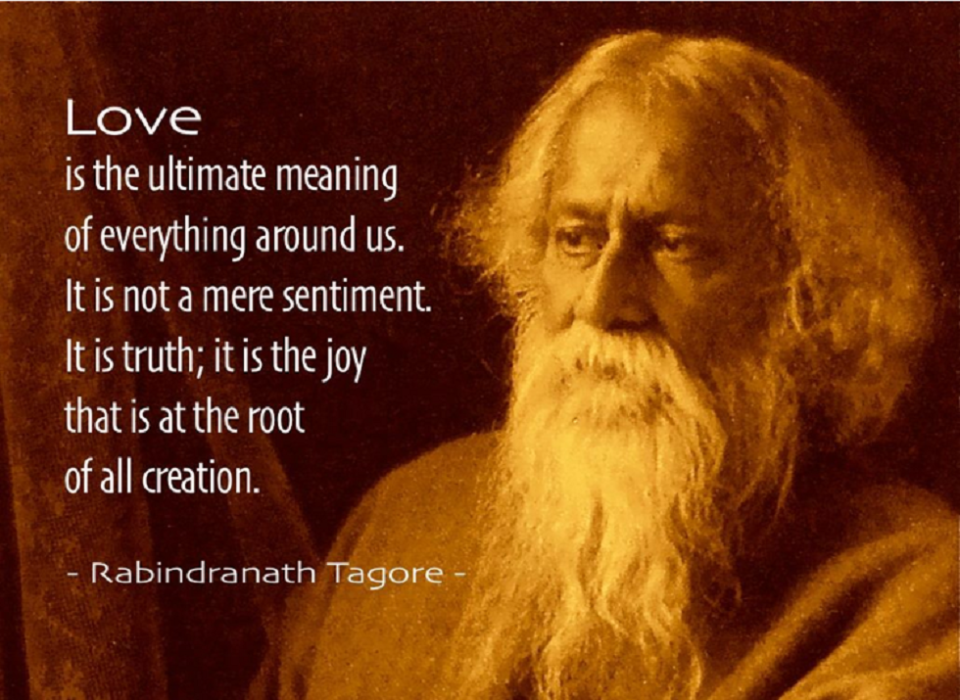 Rabindranath Tagore name needs to introduction. He is one of the greatest contributors India ever had. Rabindranath Tagore was born during British Raj in India on 7th May 1861. He was a great poet, philosopher and a painter who was internationally acclaimed and is still remembered by people throughout the globe. His political and philosophical works are still studied by the world and hence Rabindranath Tagore is regarded as India’s national figure whose achievements will always be cherished as of Gandhi.

The original Nobel Prize won by Rabindranath Tagore was stolen

Everyone throughout the globe is well aware that Rabindranath Tagore was a Nobel Laureate. In the year 1913, he won the great Nobel Prize for literature. This was for his vast collection of Gitanjali poem written in 1312 in London. He was indeed the first Indian and non-European to receive such a significant award. The honour received by Rabindranath Tagore made him gain popularity worldwide. Though the award received by Rabindranath Tagore was kept securely in one of the vaults in Visva Bharati University, it was stolen in the year 2004. Since then, two replicas of the award have been provided by the Swedish Academy to keep it in Visva Bharati University. One of the replicas is made of silver and other from gold.

Rabindranath Tagore once had a conversation with Albert Einstein

Tagore was a great thinker which is the reason many educational institutions throughout the globe studied his poems and philosophies. His work was studied during his time as it is now. Once he had met with another legendary face and a great thinker whom the world remembers with respect till date, Albert Einstein. On 14th July 1930, Albert Einstein had welcomed Rabindranath Tagore to his home. He stayed in the outskirts of Berlin where he called this Indian musician, poet and an artist to spend some time with him. The two had great time together, intellectually conversed history and explored some age-old friction occurring between religion and science. The conversation that took place between both of them on science, god, humanity, beauty and truth was transcribed that time and can now be read online.

Rabindranath Tagore was honoured with a knighthood

In 1915, King George V honoured Rabindranath Tagore with a knighthood. Though he renounced the honour in the year 1919 when he protested against Jallianwala Bagh massacre. On 3rd June, Tagore was honoured with knighthood due to the popularity gained by him in Europe and India for his excellent poetry and work. However, Rabindranath Tagore refused to accept the honour after the Jallianwala Bagh movement carried by the British government in 1919. Along with Tagore, Gopal Krishna Gokhale too refused to accept the title due to the political mishaps occurring in the country.

There are eight museums named after Rabindranath Tagore

Do you know a dinosaur has been named after Rabindranath Tagore?

Titanosaurus was the first Indian dinosaur whose vertebrae was discovered in the year 1982. Though it was named in the year 1877. Since India has always been rich in ecological history, the discovery of a dinosaur fossil added to the historical achievements of all time. In the year 2019, Kaswan reported that fossil parks at Himachal Pradesh and Gandhinagar along with Indian Museum located in Kolkata has dinosaur skeletons which have been named after Rabindranath Tagore. What amazes us is how Rabindranath Tagore can be linked to a fossil of the dinosaur? Well, the details and facts about the information were shared by Parveen Kaswan belonging to Indian Forest Service on Twitter last year. He mentioned in his post, “Do you know #Rabindranath Tagore has a dinosaur named after him? Barapasaurus #tagorei was an 18 metre long & 7 tonned #dinosaur which walked through #India once. It was the first complete mounted dinosaur skeleton discovered in the 1960s in Adilabad district of #India,”

Very few people are aware of the bonding Rabindranath Tagore shared with his sister-in-law. Kadambari Devi committed suicide on 21st April 1884 soon after Rabindranath Tagore married her sister Mrinalini Devi. She died due to overdose of opium after four months the poet got married. Since childhood, Kadambari Devi was an extraordinary companion to Rabindranath Tagore. She was the one who inspired Tagore to write poems, however, their relationship was always kept secret. What we known now is that Rabindranath Tagore was broken drastically after her sad demise. In one of his letters, Tagore mentioned, “She, my Queen, has died and my world has shut against the door of its inner apartment of beauty which gives on the real taste of freedom,”.

Kadambari Devi was married at a very tender age of 10 years. Her husband was a decade older than her. He neglected Kadambari every time and hence, she would seek Rabindranath Tagore’s company. Eventually, the companionship turned into an emotional solace for her. The relationship between them had never been spoken or accepted but is overwhelming and intense. Though we cannot know what ran in the mind of Kadambari Devi before committing suicide, all we know is that she still lives through the poems written by Rabindranath Tagore and paintings made by him for her.

Rabindranath Tagore sister Swarnakumari was a novelist and a socialist

Tagore’s sister was a well-renowned novelist and a great poet of her time whose name remains forgotten in Bengal literature. She was indeed among the Bengali women to gained significance in the fields of social work, music, poetry and story writing. The fiction written by Swarnakumari mirrors her progressive ideas about womanhood. She was the one who opposed Indian traditions and Hindu patriarchy. One of the short stories written by her named Mutiny is all about the Sati figure of the woman who not only denies being under British imperialism but under Indian patriarchy and refuses to jump into a pyre for her man. The stories written by Swarnakumari often reveals that females are not typecast but has their own significance in society. Throughout her life, she advocated more financial independence and education for women instead of getting them remarried.

Rabindranath Tagore as an underappreciated painter

Although Rabindranath Tagore is famous for his writings, poems and music, his talent as a painter must not be forgotten. He took drawing and painting as a career at the age of 60 when he started exhibiting his artwork. Although he had tried his hands earlier, he was never pleased with his own work. In the year 1990, he had written a letter to Jagdish Chandra Bose stating, “Just as a mother lavishes most affection on her ugliest son, so I feel secretly drawn to the very skill that comes to me least easily.” The painter added that he used more eraser than a pencil in his drawings.

Rabindranath Tagore’s painting started with doodles. He used crossed-out lines along with words written artistically with unplanned shapes. Most of his artwork were driven out of unimaginable decisions, budding from the memories of objects and pieces of art he saw in books and art museums. Many of his paintings reveal animal kind figures but he seldom knew any of them in reality. Often, he used to mention his painting as “a probable animal that had unaccountably missed its chance of existence” or “a bird that only can soar in our dreams.”