Value vs Growth Stocks: Which is a…

Robinhood: How Does it Make Money?

Is Robinhood Safe for All Kinds of…

Webull vs Robinhood: The Comparison 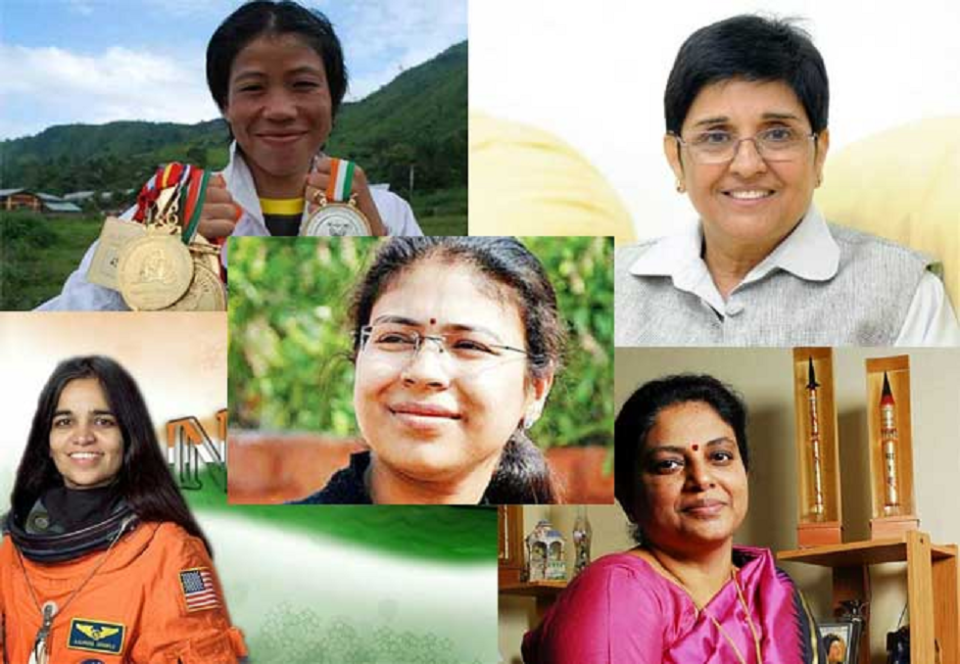 Year after year, many strong, powerful, inspirational and intellectual women have made India proud, establishing their mark throughout the globe in various fields such as sports, politics, education, science, Bollywood and many more. When we talk about famous Indian women personalities who have made India proud, the number is countless.

However, we have listed 20 famous Indian women personalities who have gained much recognition worldwide due to their charisma and hard work.

Irom Chanu Sharmila is also known as Iron Lady and is a symbol of undeterred will. She is a political and civil rights activist along with a poetess. The longest hunger strike conducted by Irom was for 16 long years when she protested against the Armed Forces Special Powers Act that Indian government ordained. The act granted the Indian army with un-regulatory powers of action. The misuse of powers by armed forces resulted in several civilian massacres which is the reason Irom went for the longest hunger strike in the world.

She is yet another social activist and has been working as a gender activist since the past 15 years. Shubhalakhsmi Nandi is a Policy Director at the International Centre for Research on Women also and worked for improvising gender equality throughout Asia. This famous Indian women personality has served as the head in Women’s Economic Empowerment Unit at UN Women. She emphasises majorly upon women farmers besides educational requirements of women. Other than this, Nandi has participated and initiated many campaigns for ending violence faced by women in society.

Susmita Mohanty, popularly known as ‘spacewoman’ is a space entrepreneur who started first-ever private space start-up in India. She is the daughter of a former ISRO scientist and started her career at a very early age. Mohanty’s went for training at a very prestigious institute like Indian National Institute of Design and France’s International Space University along with acquiring a PhD from Sweden in the aerospace architecture field.

Mary Kom is an inspirational sports athlete who became an international boxing champion from an amateur boxing girl. Mary lives in a small village in India and is an Olympic participant. Her full name is Chungneijang Mary Kom Hmangte. She has won many golds and silvers in World Boxing championship and is the only woman who has won six gold medals consecutively in six world competitions. Mary Kom belongs to a poor family but with hard work and strong determination, she became a boxing champion besides a proud mother of her children.

Pillai is regarded as an epitome of perfection and dignity. She is a classical Indian Dancer in Bharatnatyam. At a very tender age of 13, Pillai started acting in South Indian cinemas and has acted in more than 200 films in various languages including English. She has received National Award for Best Actress twice. It can be said that Pillai is one of the famous Indian women personalities who prioritises her exemplary art first above anything else in the world.

Kiran Bedi is the first-ever woman to join Indian Police Service in her times. In her 35 years career, Kiran Bedi made many positive reforms in the Indian police department and became instrumental in wading of crime against women. Kiran Bedi achieved not just Indian appreciation but also international acclaim and in 2003, she was appointed as a Policy Advisor to the Secretary-General in the UN. After Bedi resigned as a police officer voluntarily, she became an audacious writer, social activist and a politician.

Arunima Sinha is the first Indian woman who climbed Mount Everest. She is also a national level volleyball player. Unfortunately, during one of the incidents in the year 2011, she was pushed by some thieves in a running train as she was resisting them from creating a crime. She lost one leg from below the knee.

Indira Gandhi is one of the most famous Indian women personalities in India who became the first-ever woman prime minister for a period of 11 years (1966-1977). She was called as the ‘Woman of the Millennium’ during a poll that was organised in 1999 by BBC. She was also the first woman to receive a Bharat Ratna Award in 1971.

Pratibha Patil was born in the year 1934 and is one of the Indian politicians who became the 12th President of India in between 2007-2012. Being a member of the Indian National Congress, she is the only woman who held the office. Pratibha Patil has served Rajasthan government in between 2004-2007. In 2019, she was chosen for Mexico’s highest civilian award named as Order of the Aztec Eagle.

Born in the year 1962, Kalpana Chawla was the first Indian-American astronaut and an engineer who went to space. She flew in the Space Shuttle Columbia for the first time in 1997 being a part of a mission specialist along with a primary robotic arm operator. Chawla became one of the seven crew members who lost their lives in the Space Shuttle Columbia disaster event while the spacecraft fragmented when entering into the earth’s atmosphere. Chawla was awarded for Congressional Space Medal of Honour along with various awards provided by universities, and institutions. She is remembered as one of the great heroes born in India.

She is one perfect example of the notion behind age is not a limitation to achieve goodwill. Saalumarada Thimmakka is one of the environmental crusaders and is aged above 100 years. She is well known for her act for planting more than 8000 banyan trees in her lifetime. She received no formal education and worked as a labourer in one quarry. She began planting trees as she and her husband could not bear any child due to medical issues. Her noble cause got attention due to international media when they found this 105-year-old lady planting the vast number of trees. In the year 2016, she was nominated in the list prepared by BBC as the most influential women.

Sania Mirza is a famous and professional tennis player. She became the first Indian tennis player in women’s category to win the Women’s Tennis Association title in the year 2005. Now married to a Pakistani’s sports person, Sania Mirza is the first Indian woman who stood first in WTA’s double ranking position. At present, she is the brand ambassador of an Indian State, Telangana. She was also announced as UN Women Goodwill Ambassador representing South Asia and became the first Indian women to be honoured with such prestigious recognition.

Saina Nehwal is one of the famous Indian women personalities who won a medal in Badminton during the Olympics Games in 2012. In 2015, she became the first Indian woman to score the first position in world rankings in badminton championship. Troubled by injury and illness since the past few seasons, Saina Nehwal boasts an impeccable range of accomplishments. In her 12 years long career till date, Saina Nehwal has won 24 international titles in which eleven are Super-series titles. She became the first and the only woman who has won at least one medal in almost every BWF majors, i.e. World Championships.

Laxmi Agarwal is known for the courage and will show to triumph over fate and survive for oneself. When Laxmi was 15 years old, she was attacked by acid when some goons threw acid on her to disfigure Laxmi for life. The drastic event though failed to break her wilful attitude and rather empowered her to serve women who are survivors like her and has been a victim of acid attack. To get the goons behind the bar, she led many campaigns and filed law petitions following which the Indian Supreme Court ordained a regulation stating the ban of sale of acid in states.

Shakuntala Devi is regarded as a human calculator in India and had travelled the world revealing her talents in solving arithmetic problems brilliantly. She had been to Europe in the 1950s and also performed in New York City in the year 1976. She travelled to the US in the year 1988 to develop her studies with the help of Arthur Jensen, a psychology professor at the University of California. Professor Jensen tested her abilities by making her do several tasks comprising huge numbers calculation. Some examples of the problems that she was asked include finding the cube root of 61,629,875 without the help of any mechanical calculators. She also solved the root of 170,859,375 within a few seconds. Shakuntala Devi’s intellect has been mentioned by Jensen in one of the academic journals of intelligence.

Tessy Thomas is called the ‘Missile Woman’ and is a space scientist in India. She is the Director-General of Aeronautical Systems along with holding a position of Project Director for Agni-IV missiles developed by Defence Research and Development Organization of India. Tessy joined DRDO in the year 1988 and became the first woman to head an Indian missile project. In her beginning stages of career, Tessy was appointed in the department of design and development of ballistic missiles. For the Agni programme, she was appointed by no one else but Dr APJ Abdu Kalam.

Priyanka Chopra has won a title of Miss World who turned out to be excellent Bollywood actress and later, Hollywood’s famous personality. Her name needs no introduction. She is one of the famous Indian Women personalities who is called as the ‘desi girl’ by Indians and is currently one of the highest-paid Bollywood actresses in India. Besides winning the hearts of Indian and Western people through outstanding performance onscreen, she has received a Padma Shri award. In the TIME magazine, she was amongst 100 most influential people throughout the globe.

Robinhood: How Does it Make Money?

Is Robinhood Safe for All Kinds of Investors?

Robinhood: Is the Famous Trading App Available in Canada?

Webull vs Robinhood: The Comparison

Value vs Growth Stocks: Which is a Better Investment for You?

Robinhood: Is the Famous Trading App Available in the UK?