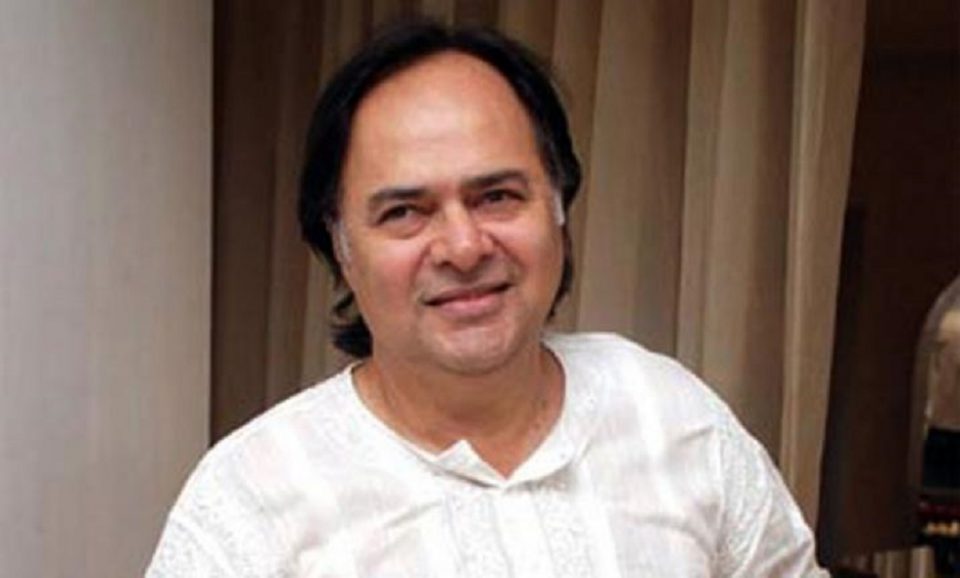 Farooq Shaikh was an Indian actor, a television presenter and a philanthropist. He worked for several Bollywood movies in between 1977 to 1989. In 2008, he made a comeback with major films like Yeh Jawani Hai Deewani in 2013 where he acted as Bunny’s father. He won a National Film Award for best supporting actor in 2010 for the movie Lahore (2009). The last film where he played as a leading man was Club 60 which was released before his death in 2013. He also worked for Children of War and Youngistan that were released after his death in 2014. Farooq Shaikh acted in many television soaps along with stage performances for famous production house such as Tumhari Amrita. In Farooq Shaikh case, we can say that although death is expected, its approach is sometimes stealthier on some people than on the others. The passing of Farooq Shaikh was one of the sad demises for which no one was prepared. At the age of 65 when he must have qualified for senior citizenship, Farooq never seemed old to us due to the twinkle in his eyes and mischievous looks.

Farooq was born in the year 1948 at a small village in Vadodara, Amroli, Gujarat. His father was a Mumbai based lawyer Mustafa Shaikh and mother Farida. Their family were zamindars which made Farooq being raised around luxury. For schooling, he went to St. Mary’s School in Bombay and graduated from St. Xavier’s College. Farooq Shaikh was eldest among five children. Like his father, he was prompted to take law initially, however, came for acting after realising that law was not his piece of cake!

When Farooq Shaikh was in college, he met Roopa Jain who later became his wife. Both of them showed activeness in theatres and were married later. Sunil Gavaskar was among many friends he made during his college life. Shabana Azmi was in Roopa’s class and thus Farooq and Shabana Azmi developed theatre skills together and came closer professionally. Farooq and Roopa have two daughters, Shaista and Sanaa.

Farooq Shaikh career can be divided into two parts. In early career, he showed interest in films and his Garam Hawa got released in 1974. He enjoyed a long stretch of success in art films as well as in typical Bollywood masalas. In 1990, Farooq stepped away from Indian cinema saying that the films which were offered to him seemed quite disappointing. He said that he would rather work for television or for stage than performing in such films. He performed for Tumhari Amrita directed by Feroze Abbas Khan that was a great success. He was paired with his old friend Shabana Azmi. It can be said that theatres have always played a key part in Farooq’s career since college days. This made him involved with Indian People’s Theatre Association (IPTA) as theatre activism. Since college days, people admire him due to his charm and innocence.

Farooq Shaikh was given a tag of Mild young man instead of an angry young man along with ‘aam admi’ hero. In reality, he was neither mild or lacked showing privilege. He never showed any regret for saying that he did not enjoy working with Satyajit Ray in his film Shatranj Ke Khiladi. According to Farooq, “Ray’s vision was just that. His. Leaving no room for the actor to improvise. There was such minute detailing with sketches and all – that it was like a mathematical equation.” But then, he won the hearts of both men and women as an actor. Men found him a heartening and relatable alternative to other glossy actors of Bollywood. Women got melted due to his cuteness and physical appeal. In short, Farooq was a powerful actor. This we can say due to his extraordinary filmography and variety in his roles. At one time he is nawab and the other moment he is impoverished Romeo, the salaried common man or whatever role that can prove convincing or accepted by the audience.

Farooq Shaikh has never strictly relied on his acting for day to day living. Along with his strong financial background, Farooq made quite a few investments in businesses also. He was once an exporter of garments. He is also known for being too selective while sighing a film project. Even during his early career in acting, Farooq was too choosy. On-screen, he played several comedy roles, he liked paying nervous and timid heroes who could charm the audience and due to the fact that he was very charismatic in real life too. Remember Chamko? Or the annoying quietness of Nawab in Umrao Jaan where the hero could not stand in defence of his family even. Nevertheless, in real life, Farooq Shaikh did not have any such hesitations. He met and proposed the woman whom he loved and married her later. He made a strong determination that he would never marry another woman again in his life. Neither did the couple let religion obstruct their relationship and dated nine months before getting married finally.

During one of the talk shows in 2002 titled Jeena Isi Ka Naam Hai, Farooq Shaikh was the host of the program. It was a chat show in which famous celebrities such as Shah Rukh Khan and Amitabh Bachchan were interviewed at that time. Farooq returned in television after a long break and Jeena Isi Ka Naam Hai was an instant success. With his name, the show got huge publicity and many publications poured in to get a few points for their magazines. In one of the interviews, when asked by someone about how he would like to be remembered, Farooq replied, “I would rather not be remembered. Everyone comes into and goes from this world. I have no great desire to be remembered after I am gone.”

Deepti Naval is among the finest actresses of Bollywood who have graced the silver screen many times. As great as their names, Deepti Naval and Farooq Shaikh shared great onscreen chemistry together impossible to forget easily. It is because of them that Indian love stories became alive and steeped in delicately. In the era of on-screen declarations and drama, their natural friendship was seen in major hits. The two were seen together for the first time in a romantic comedy, Chashme Badoor released in 1981. Tumko Dekha Toh of the movie Saath Saath was probably the best song which is loved even today. It became one of the iconic numbers while professing their love. Together, they convinced coming generations that love does not come always in a loud way rather it can be sweet and simple. Katha was the movie in which Farooq was shown as a Don and casted a debonair man. Deepti Naval portrayed a naïve girl who fell for his charms.

Though Farooq Shaikh was an antagonist, watching them together was joyous. After 30 years, the due came together in Listen….Amaya. Their on-screen chemistry was like no time had passed in between as their performance were as powerful during the time they had both started their career. Their on-screen characters will remain in our hearts and mind forever. Perhaps it is what great artists like Farooq Shaikh and Deepti Naval do to leave an everlasting impression with fine art.

The reason behind Farooq Shaikh death

On 28 December 2013, Farooq Shaikh died because of a heart attack. He was on his holidays with his family in Dubai when the news of his heart attack streamed all over the media. His funeral was held in the evening at Mumbai’s Millat Nagar Andheri mosque on 30th December. His body was buried in Muslim Qabristan, Four Bungalows located at Andheri West beside his mother’s grave.

Farooq Shaikh lived by liberalism and idealism which was very much present during his time and remains absent presently. Irrespective of what he used to believe about his work, whatever he had done as a human being and as an actor, people will always cherish his great work and remember him as a charismatic, simple and powerful man.