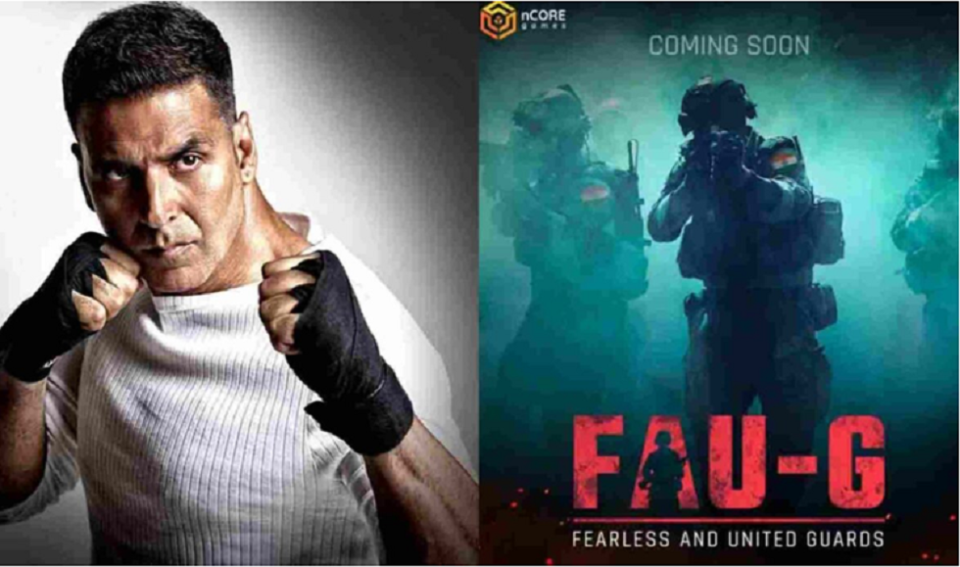 FAUG- Fearless and United Guards is all set to be launched in the Indian gaming market by 26th January 2021. While the launch of PUBG Mobile has been delayed, the stage is all set for FAUG to enter Indian gaming industry strikingly. When India banned 118 Chinese apps in 2020, the moment was capitalised by FAUG makers to announce the Indian app development that will be launched soon in the market.

The FAUG game Launch was announced with an anthem in social media sites by none other than Akshay Kumar. He tweeted, “Whether it’s a problem within the country or at the border…these Bharat Ke Veer always stand tall. They are our Fearless and United Guards, our FAU-G! Witness the anthem. Pre-register now”.

The game has been conceptualised by nCore Games. The pre-registration of the gaming app has been commenced after a commercial teaser was dropped on Twitter. The battle game witnessed a record of 1.6 million pre-registration within 24 hours even though official news about its release was not declared.

As soon as the game is launched, it can be downloaded by gamers from the App sites and via official game sites. The official date of the FAUG game launch is 26 January 2021. Currently, all the necessary information can be availed from the game promoter’s official website– www.ncoregames.com

How to Pre-Register for FAUG game?

The pre-registration of the FAUG game has been started by the promoters. More than a million gamers have pre-registered for the game download. It can be done easily via Google Play Store.

How FAUG game is different from PUBG?

Although many people speculated that FAUG and PUBG have many similarities, the two are different as reported by the app developers. While FAUG is an action game, PUBG Mobile India is a battle Royale game. FAUG game is based on real events and reporters claim that one episode in the game will be related to Galwan Valley incident. PUBG on the other side is more based on hypothetical events.

The data centre of the FAUG game will be set in India since it is an Indian product. This will make the game hassle-free for the government concerning data security and breaches as compared to the foreign app, PUBG. It has been reported that FAUG will have lesser blood and gore like PUBG Mobile India.

Like other gaming apps, FAUG game will be available on the official website of nCore Games websites and Google Play Store soon after the launch date.

What is different about FAUG game?

1. FAUG is an action game and not a Battle Royale. The app developers claimed that it is not a competitor of other similar gaming apps such as PUBG.

2. Although the promoters of the game have not made any official statement, it is believed that the first episode of the FAUG game will be based on the Galwan Valley incident. Unlike many other gaming apps that are more based on hypothetical events, FAUG will include real glimpses of Indian army. Details about weapons and arms are yet to be revealed.

3. The Play store listing has described the game as a fresh take. The new version of the game has been designed that will be suited to Indian players.

4. Despite a few changes has been made to PUBG Mobile India, it is not been made in India and remains an online game developed by South Korean based company. However, FAUG is completely an Indian product developed by a Bengaluru based company named nCore Games.

5. FAUG will ensure that players data is secured. The privacy policy of the game has been built in the way that no information security will come in between app download and the player. The necessary information collected will be stored within the nation itself. Since many foreign apps have been delisted due to data security issues, FAUG game will be hosted completely by India on the India Data Servers.