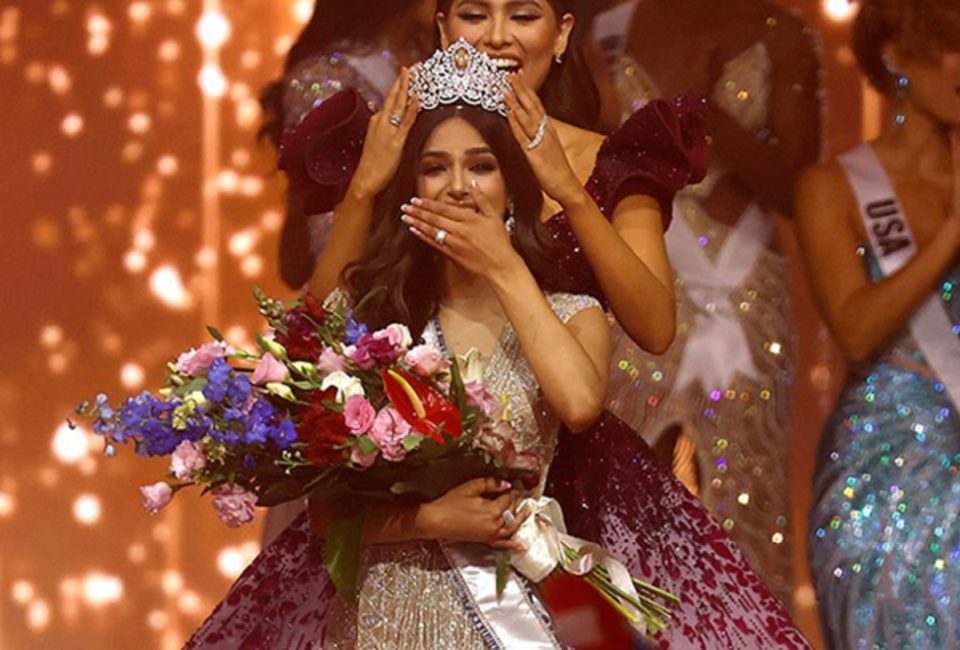 At the 70th Miss Universe pageant, hosted in Eilat, Israel, Nadia Ferreira of Paraguay was the runner-up, while Lalela Mswane was the second runner-up. The contest featured customary demonstrations of national costumes, bikinis, and a series of questions designed to measure the participants’ general abilities, and the 21-year-old wowed us through each. Harnaaz Sandhu has worked in the beauty business for many years and considers Priyanka Chopra to be an influence.

Who is Harnaaz Sandhu?

Harnaaz Sandhu, a model from Chandigarh, has previously won various beauty contests. In addition to winning Miss Diva 2021, she also won Femina Miss India Punjab 2019. Harnaaz was also one of the finalists for Femina Miss India 2019’s Top 12. She appeared in the Punjabi movies Yaara Diyan Poo Baran and Bai Ji Kuttange. The Master of Public Administration candidate is currently working on her degree. Ravinder Sandhu, her mother, is a doctor. She is now employed at Sohana Hospital as the SMO Senior Medical Officer. PS Sandhu, her father, is a real estate developer.

While hosting the show, Steve Harley asked Sandhu a final question before she was being crowned Miss Universe 2021, “What advice would you give to young women watching on how to deal with the pressures they face today?”. To this, Sandhu replied, “The biggest pressure the youth of today is facing, is to believe in themselves. To know that you are unique makes you beautiful. Stop comparing yourselves with others and let’s talk about more important things that are happening worldwide. Come out, speak for yourself, because you are the leader of your life. You are the voice of your own. I believed in myself and that is why I am standing here today.”

Harnaaz Kaur Sandhu has not just won the Miss Universe title but also the title of Femina Miss India Punjab 2019 and has appeared in several Punjabi films. As a result, Harnaaz Sandhu has 269k followers on Instagram. According to India Today article, she frequently uploads photographs from her photoshoots to the photo-sharing app.

About Harnaaz Sandhu’s gown designed by a Transwoman

In the final round, Sandhu wore a mermaid-shaped sleeveless gown designed by Saisha Shinde, which became an integral part of the historic occasion. The designer took to Instagram to document the whole task of creating the stunning garment, from drawing to draping to the final product.

Harnaaz Sandhu gown, which had a sheer top, corset bust, and embellished tassels over the front, guaranteed her the crown. Sandhu’s confidence, wit, and modesty won her the crown indeed, and that we must admit that the gown also played a role. In the transparent gown, she paired it with dramatic makeup consisting of red cheeks, smoky eyes, brownish eyeliner, nude pink lips, and diamond earrings as her lone accessory.

Swapnil Shinde, who created Harnaaz’s gown, stepped out as a transwoman in January of this year, introducing herself as Saisha Shinde on Instagram. Saisha is well-known for designing Bollywood celebrities including Shraddha Kapoor, Kareena Kapoor, and Anushka Sharma. She is also well-known for her outfit design work in films such as Fashion.

Five Books to Devour This Holiday