10 Things That You Should Never Do…

How Much Money Is Enough to Retire…

Top 12 Best Bike Racers in the…

Top 10 Feel-Good Movies to Watch for…

Home Remedies to get rid of Corns… 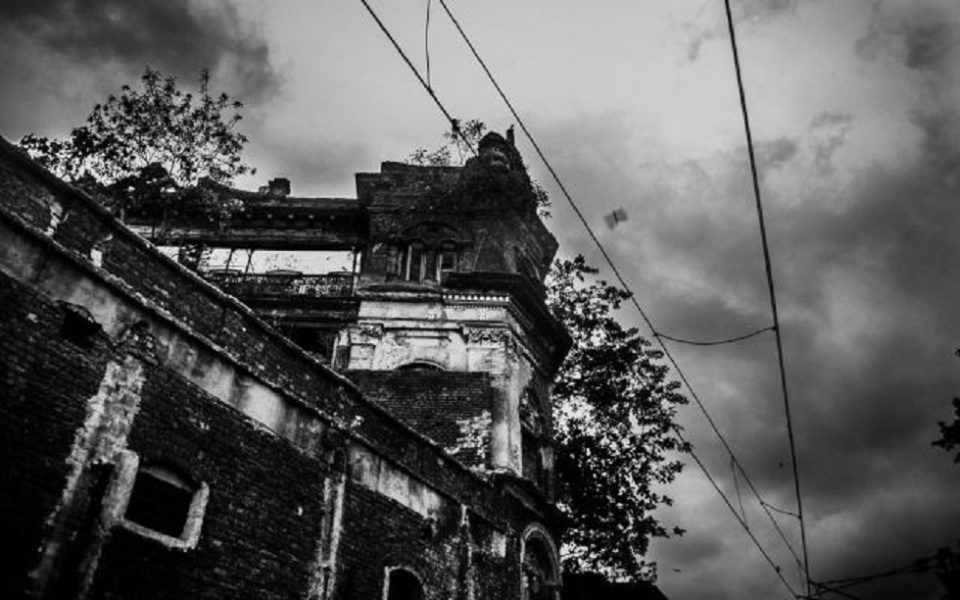 Spirits, ghosts and paranormal activities are usually believed by many people. Though some may not believe them, haunted places are something which is not ignored easily by all of us. Since ages, people all over the world are well aware that ghosts do exist. This has made us research the city of joy to find whether Kolkata has haunted places or not? Although Kolkata is considered as a cultural and city full of people following different religions, many dark secrets lie in the city that is been discovered by ghosthunters. The city is famous for its tantra and black magic too. Sounds thrilling? Let’s peep into the list of 12 most haunted places of Kolkata to know the true story behind it. if you are someone who seeks thrilling travelling experience, then you must visit these places for sure to find adventure in spookiness.

House of dolls or Putulbari

The House of dolls, Putulbari is located near Nimtala Ghat and Sobhabazar. This place is one of the ancient buildings in Kolkata built in Roman architectural style. The house consists of various arches decorated with dolls like designs and arches. The story behind Putulbari itself is quite fascinating. It is said that the affluent owners of the house, ones belonging to the previous era were subjected to women exploitation, torture and killing. Since then, Putulbari is haunted with their spirits particularly the women who seek justice till date. Many people have heard high pitched voices like cries and laughter beside the sound of needles, anklets and bangles. Although few people still stay in the house, no one dares to go upstairs of the house. So, if you enjoy watching horror movies like ‘The Child’s Play’, Putulbari will give you an experience where the dolls are possessed with passion.

Ones who read alone in The National Library of Kolkata must have heard the voice or felt the presence of someone breathing or touching down the neck. People who visit the library occasionally say that this has happened many times and whenever they keep a book in a place, it was never found in that place. Some reports that the sound of several footsteps can be heard apart from whispering and motions. Although National Library is the largest library in India, the horror stories attached to it makes the place one of the most haunted libraries too. There is a story which connects to the paranormal activities taking places in the library. It is believed that a ghost which does all the ghostly activities and walks through the library was the wife of Lord Metcalfe. In fact, the librarians and the bookkeepers have complained several times about having a feeling that the chairs are taken away mysteriously, books drop from the shelf and many pages are being ripped. Another story attached to the National Library is probably known to many people. A mysterious room was discovered later in this building built 250 years ago. No one can enter this room as there are no doors or even a trap door which opens to it. Because of many paranormal activities taking place during the night time, there is no night guard for the night shift and the building is kept empty during the nights to avoid risking anyone’s life.

The Nimtala Shamsahan Ghat in Kolkata is one of the oldest burning ghats in the city. Nimtala ghat is also famous for being one of the haunted places in Kolkata. Residents believe that during the nights when Kali Puja is celebrated in Kolkata, many Aghoris came to this place to perform tantra and spiritual rites to evoke the Shamshan Kali. Kali is said to be the goddess of tantras or spiritual powers. People are afraid to say the name of this place loudly as they might fall into the prey of evil spirits then. The Aghoris feed themselves from the leftover of the bodies which are burnt and the ritual of eating leftover flesh helps them in generating occult powers.

This is one of the busy places in Kolkata but at the same time, Kolkata Dockyard remains haunted and scares people since ages. People claim that they have seen ghosts and spirits walking in the dockyard. The ghost is said to be Nawab Wajid Ali Shah’s spirit who owned the dockyard previously. He Britishers usurped the dockyard and set their homes in the place which used to be the dearest place of the Nawab.

Do you love to take pictures whenever you visit a new place with your friends or family? A group of friends did, however, faced strange incidents following the picture clicking incident. Soon after taking pictures they all fell ill and one of them got an asthma stoke. This is among oldest burial spots in Kolkata besides being a tourist spot built in the year 1767. This place is also the haunted one as many paranormal activities take place in the ground such as a moving shadow, dysfunction of the camera, health deterioration of visitors, eerie images being captured in photoshoots etc.  People who reside around this place make sure that their windows are closed to the side it opens towards the South Park Street Cemetery.

Writers Building is yet another famous building of Kolkata however, local people or visitors are scared to visit the place alone. Although the new building has replaced the older one, it is said that the previous building used to be a fort that was damaged during a natural calamity. The building lies inside the older one. It is said that many ghosts’ roam on the premises which is the reason people do not work in the building after the sunset. There are many rooms left empty inside the Writer’s building as they look and sound haunted. In this place, Captain Simpson was shot by some revolutionaries and the locals believe that the ghosts of the Captain still walk through the building each day. Many strange voices can be heard during nights. This place for sure is one of the haunted places in Kolkata which you must not wish to visit after the sunset.

The Royal Calcutta Turf Club is haunted not because of human spirits but by the spirits of a horse. There is a strange story attached to this place. One of the crazy horse owners, George Williams loved his horse, rode on it each day and took part in races. His love for his horse made him abandon his work and family. There was one particular female horse, Pride who made William won many races and brought him great fortune. As the age advanced, the horse became slow and lost a race which is said to be the last race of the horse held by Annual Calcutta Derby. All the money was lost in a single race by Williams and the horse was also found dead the next day beside a rail track. It is believed that even today, the spirits of the horse, Pride moves around the club premises to bring back her lost glory. Locals say that the ghost of the horse is mostly visible on Saturdays, the day when she lost her last race. Do visit Calcutta Turf Club on Saturday to envisage the ghost of the horse if you do not believe in us.

The Hastings House is also known as the Institute of Women and is reported as a ghost house of Kolkata. The Hastings house used to be the house of Warren Hastings who was India’s Governor-General during British Raj. The students who stay there say that they see a white man riding horseback. The ghostly man enters the building many times who is believed to be the ghost of Warren himself. Many others believe that the place is haunted because of a boy’s spirit who died in the ground of the building premises while playing football. Many students leave the premises during the evening and make sure that the building is left empty after the lectures are completed.

People of Kolkata believe that this metro station is one of the most haunted places in Kolkata. Although suicides in Kolkata Metro is not a thing unknown to anyone, it can be noted that out of major suicides in the city, around 80% of suicides take place in Rabindra Sarovar metro station. This is one of the busiest Metro Stations, however, is popularly known as ‘Paradise of Suicide’.  People who travel more often pass through this metro station reports that they have seen weird and eerie pictures moving and then disappearing suddenly particularly in the last train of this route. Even the train drivers and attendants say that on some days, they can see figures walking down aimlessly. If you do not believe us, take the last train to see dead souls walking down the haunted station when the train pulls out.

Although Wipro office building is one of the popular IT hubs in Kolkata, it comes under the list of most haunted places in Kolkata. Go and hear yourself how the people over there narrate stories of horror. The Wipro building is constructed on the ground which once used to be wetlands of Salt Lake City. The wetlands were a burial ground and the local people claim that many strange visions can be seen during the darkest hours of the night. People are not allowed to wander beside and on the third floor of Tower 3. This floor remains closed most of the times as it is haunted with ghosts and evil spirits. People who work for the graveyard shifts complains that they could hear and see strange things when they leave to use steps or lift to get out of the building.

A place under the famous Howrah Bridge near Mullick Ghat area is a flower market that is believed to be a haunted place due to taking place of many paranormal activities. Many wrestlers practice wrestling in that area and say that they could see flailing hands amidst river Hooghly and most of the times it is unclear whether the hands belong to humans or ghosts playing tricks on them.  Some people say that the hands belong to the spirit of people who had once lost their lofe in the river Hooghly either by drowning or committing suicide. People also do not forget the incident when a lady in white was witnessed, calling and crying their names in an unusual tone which made many people fall into the state of trauma or to a mysterious death.

Although being the last in the list of the most haunted places to visit in Kolkata, believe me, the Lower Circular Cemetery is quite frightening than most of the others due to several reasons. The haunting in this place can be related to the death of Sir William Hay MacNaghten killed during the First Anglo-Afghan war. Sir William’s body was brutally ripped off that was later assembled by his wife who wished to bury it under this cemetery. Whenever someone starts narrating the story of Sir William in the cemetery, a humongous tree starts trembling as if it is been crying in grief. No wonder, this cemetery is been claimed as one of the most haunted places in the city of joy.

15 Most Haunted Places in India and Real Stories Behind it

10 Things That You Should Never Do in India