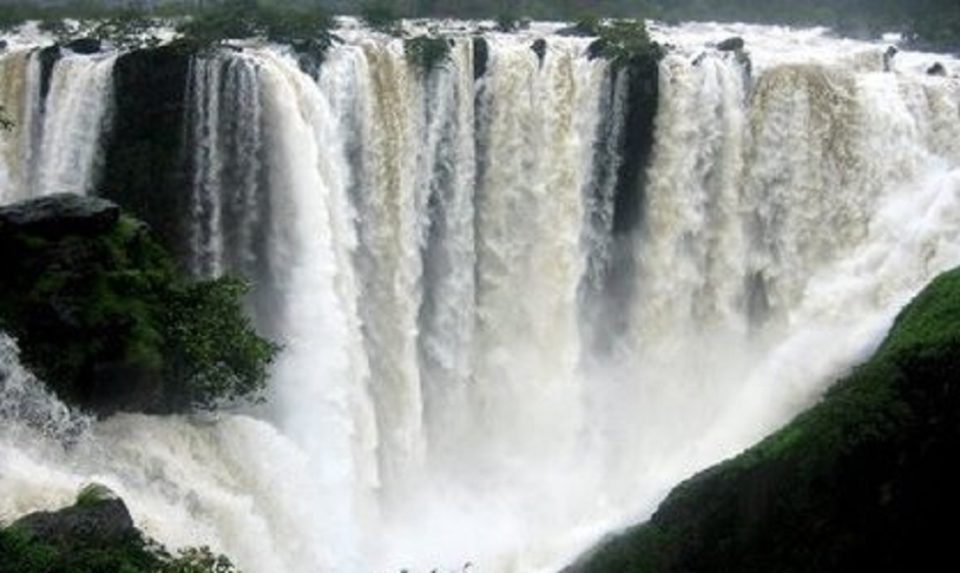 One of the unique features of the Indian Subcontinent is Monsoon. Monsoon gives India a lot of things, including the best natural scenery, rivers that are in full swing, mountains that are awake bright and green after a long sleep and monsoon decorated valleys with sparkling waterfalls, magnificent lakes, lush green trees and beautiful flowers. The topography of the Indian subcontinent is one of the best examples of nature’s craft. Hovering amongst Indian beauty are waterfalls, beautiful specimens of nature, where the water flows downstream and then crashes into a bed of jagged rocks many feet below. Speaking in sheer volumes, the highest waterfalls in India are found in the mountains area of North East India. This article speaks exclusively about the absolute highest waterfall in India.

Visit at least once during your lifetime, and amaze your friends and family who may refuse to believe that the picture-perfect postcards are, in fact, real sights. Keep reading to know about the highest waterfall in India.

The Kunchikal falls is the highest waterfall in India and also the second highest in Asia. The height of the waterfall is 1,493 ft located near Agumbe valley in Shimoga district of Karnataka. The largest waterfall is formed by the Varahi River. Agumbe valley receives extremely heavy rainfall and thus has become the only permanent, long standing rainforest research station in India.

Why do people visit the Kunchikal Falls?

Any waterfall can be looked at as a steep descent of the water of a river. These feats of nature are formed in the upper course of a river with steep mountains. Because of their landscape position, many waterfalls occur over bedrock fed by little contributing areas, so they are ephemeral and only occur during rainstorms.

The Kunchikal Falls located in the Shimoga district of Karnataka, in the Agumbe Valley attract a lot of tourists. They fall from a height of 1493 ft., making it the tallest waterfall in India. The falls are situated amidst an abundant rain-forest, verdant from the perennial rain. The largest waterfall is formed by the Varahi River. The area is famous for squirrels, reptiles, a variety of unique birds, and rare reptiles. So please visit with caution. This waterfall is classified as a cascading waterfall.

What are the characteristics of a cascading waterfall?

Cascading waterfalls are a series of small falls, consisting of water descending over rocks or boulders. Forming natural or it may be artificial, the cascade has often been used as a feature of formal gardens.

Which is the highest waterfall in India jog or Kunchikal?

Kunchikal falls is the largest fall in India. The second highest waterfall in India is the Jog falls located in Sagara taluk, in the state of Karnataka.

Which is the largest highest waterfall in India?

Which is the second largest waterfall in India?

Which is the second highest waterfall in India?

Barehipani Falls is a two tiered waterfall located in the Mayurbhanj district (in the Indian state of Odisha) and is one of the highest waterfalls in India.

The waterfall is situated at 21.932759N 86.380145E on the Budhabalanga River flowing over Meghasuni mountain of the Eastern Ghats. The nearest railway station is at Baripada. The Joranda Falls is located nearby. It is 120 km from the town of Jashipur. The Barehipani Falls has a total height of 399 metres (1,309 ft). It is a tiered waterfall with two drops. The tallest single drop recorded is 259 metres (850 ft).

Which waterfall is called Niagara of India? And why?

The Chitrakote Falls (also spelled Chitrakote, Chitrakot, and Chitrakoot) is a beautiful waterfall on the Indravati River. This natural waterfall is located approximately 38 kilometres (24 mi) to the west of Jagdalpur, in Bastar district in the Indian state of Chhattisgarh.

The height of the falls is about 29 metres (95 ft) and this is India’s widest waterfall.

Though it is about one-third less in width compared to Niagara Falls, its visual splendour has been described as equally impressive. Water flow conditions over the falls tend to vary with the seasons. During the flood season or the monsoon season, you can find a lot of silt.

Local boat facilities operating below and under the falls in a misty atmosphere provide views of the falls under an early morning sun in reflected sunlight and in a blue hue. Many local people are involved in fishing in the area.

The beauty of the falls can be seen all year round, especially during sunset. As the fast-flowing water of the river flows over the sharp, near-vertical rock exposure at the widest reach of the river, misty clouds form and then hit into a pond formed in a semicircular shape at the bottom of the falls which makes one hell of a view.

Adventure sports enthusiasts are found here in the stormy part of this pond.

Pilgrims have bathed in the calmer part of the lake.

In the pool below the falls, swimming and paddle boats are permitted.

Local boatmen are often seen paddle their boats under the spray below the falls.

Which state has more waterfalls in India?

18 Indian Clothing Brands That You Thought Were Foreign