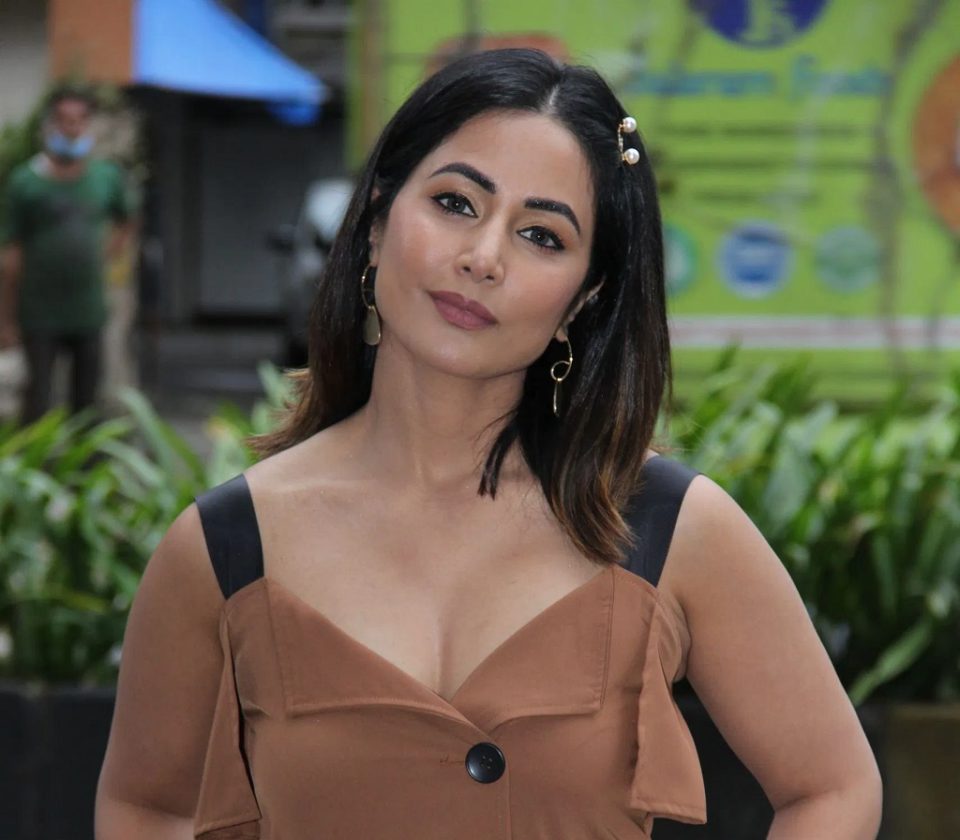 You might know her as Akshara from the famous serial ‘Yeh Rishta kya kehlata hein’. Yes, she is the famous television and movie actress, Hina Khan. She was born into a Kashmiri Muslim family and had always aspired to be a journalist. Acting for her happened by chance, when she was not able to go for her application interview for her air hostess job because of malaria and landed an acting opportunity luckily, instead. From then she has been hardworking and persuasive in grabbing any debut chances that come by.

Born on October 2, in the year 1987, in Srinagar, Jammu & Kashmir, to Aslam Khan, her family is made up of members: her parents, herself, plus her younger brother, Aamir Khan, who owns a travel firm. In 2009, she graduated from the CCA School of Management in Gurgaon, Delhi, with a Master of Business Administration (MBA).

Hina Khan is from Kashmir, where she comes from a devout Muslim household. Her mother was born in Srinagar, and her father was born in Mumbai. Aamir Khan, her younger brother, is someone she enjoys singing with. Even though she is dating Rocky Jaiswal, a.k.a. Jayant Jaiswal, the supervising producer of Yeh Rishta Kya Kehlata Hai, has not once officially acknowledged their relationship. Hina is quite enthusiastic about singing and basketball. She enjoys travelling with her friends and family and enjoys spending her vacations in Italy, Goa, London, and Kerala. She is religious and guards her Taaviz, which she always keeps in her wallet. She has a reputation for being a shy individual with few acquaintances.

The Story of Hina Khan and Rocky Jaiswal

Both first met on Yeh Rishta Kya Kehlata Hai, where she had been the lead actress and Rocky was the supervising producer. Rocky had previously stated that her devotion to her work was what drew him in. He also mentioned that he has watched a lot of actors, but that she is one of the smartest.

Rocky became an overnight star after proposing to Hina Khan on national tv in one of Bigg Boss 11’s episodes. Hina Khan previously stated in an interview with Humans of Bombay that her family was shocked once she told them about Rocky. She claimed that she told her parents she was seeing Rocky just as they were getting acclimated to her becoming an actor. Her family had all had arranged marriages, so it came as a surprise to her. But, because she gave them time, they now prefer him to her.

She ended up in the entertainment industry while looking for work as an air hostess and a journalist.

Young Hina Khan having experienced the challenges of not being able to secure a position in the ideal work in Mumbai, however, a door has opened for her, which she considers being the best career choice she has made thus far. She was cast as the major lead character of Rajan Shahi’s Yeh Rishta Kya Kehlata Hai after auditioning.

The stunning lady has been in the starring position for nine years, and she has received eight prizes in a row. Her salary for one role was over Rs.40 crores. She has earned over Rs.100 crores from that single show for most of the last nine years, making her India’s highest-paid actress.

Despite having such a popular show on her resume, the lady maintains a private life. There is not much information available about her personal life, and she does not have many acquaintances in the entertainment world. She left the show since the character had grown monotonous.

To ensure that the spot never would open again, the show’s creators chose to kill the character. There are reports that Akshara would resurrect in some way along the course of the novel, but Hina will not be present.

In 2017, the actress opted to join the popular show Fear Factor – Khatron Ke Khiladi as a participant when she was looking for new jobs. The show is immensely popular around the world, and the contestants are required to execute numerous challenging activities. Each week, if a participant fails to complete the task or finishes last, they will be removed.

The actress agreed to finish the show for the prize money after signing a contract with the producers. She has fought as a participant from the beginning, yet she has also had the most victories compared to the other ladies on the show.

When you peek at the results, you can see that she was obviously among the top two candidates, with more wins than both men and women.

Sadly, the actress did not win, and she finished as the reality show’s first runner-up. In a nutshell, she finished second and had a successful season.

The actress’s per-episode salary was Rs.1.2 Lakhs, as per a news source; depending on her weekly appearances, you may approximate her average income from the show. The first runner-up will also get a reward. She is returning home with the award and cash.

The show has aired for more than ten seasons, with season 11 being the one in which Hina was chosen as a competitor.

After receiving approval from her fiancée and parents, the reality show actress accepted the offer without hesitation.

The reaction of the celebs and the audience is harsh toward her. The news portals have been humming with speculation about what she’ll have to cope with once the show is over.

Throughout the show, she has racked up a slew of charges and stunts.

We have just listed one of the several controversies that have surrounded the show.

Leaving away the controversies, it is reported that she earns between Rs.6 and Rs.7 lakh every week. She has been on the show for more than seven weeks, and if she wins, she will receive further compensation.

Hina Khan’s net worth stands presently around Rs.3.7 crore per year, depending on the number of shows and appearances she has made so far this year.

Rocky, Hina Khan’s boyfriend, claims that the actress was saddened by her father’s death

Hina Khan’s father died of a massive heart attack on April 20. Rocky Jaiswal mentioned in a recent interview that the actress was saddened following her father’s death and that seeing her go through was heartbreaking for him.

Hina Khan misses her father terribly. Rocky Jaiswal opened up about his fiancée Hina’s father’s death in a recent conversation with Zoom Digital. He stated that he cannot adequately express what she has gone through. Few people are aware of her grief. She was as surprised as everybody else. Hina’s father has managed everything in her life because she has been so close to him. He treated Hina like a princess. She is both her father’s and mother’s daughter. Both are strong. They endured everything slowly and steadily, but with great tenacity.