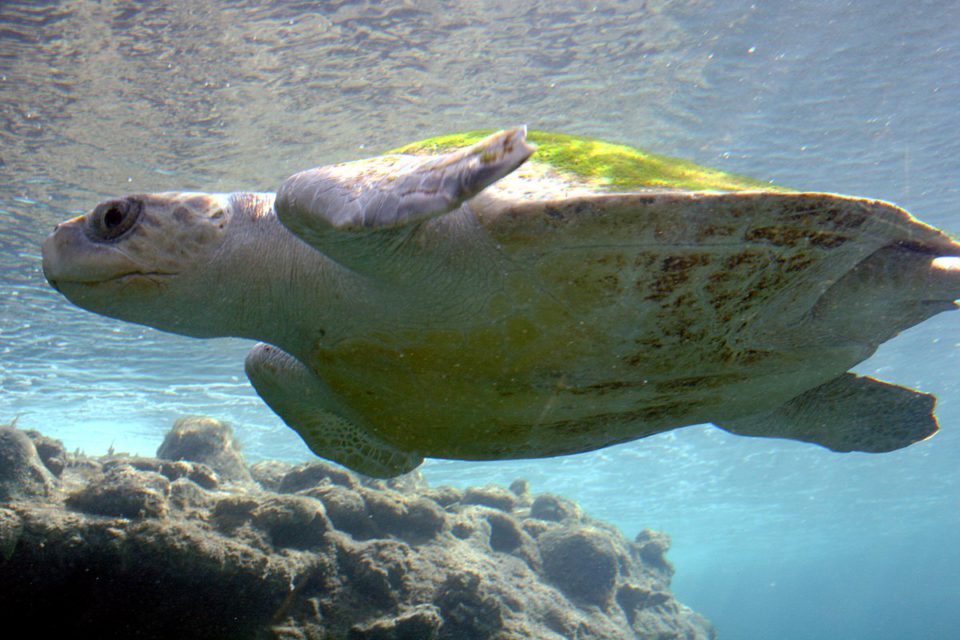 Odisha boasts of occupying the world’s largest known rookery of Olive Ridley Sea turtle. The Olive Ridley Sea turtles’ mass congregation’s remarkable sight for mating and nesting fascinates scientists and nature-lovers throughout the world. The unique phenomenon is hardly seen anywhere in India. That rarity of mass gathering, and the persecution meted out to these innocent marine creatures flagged the way to declare the stretch of water body from Old Light House near Batighar to Maipura river mouth as ‘Gahiramatha (Marine) Wildlife sanctuary.’

Close to the Bhitarakanika sanctuary is another of Odisha’s unique sanctuaries- the Gahiramatha Turtle Sanctuary. This is the only marine wildlife sanctuary in Odisha. To provide protection and proper management for the Olive Ridley turtle breeding and nesting ground of Gahiramatha, the Government of Odisha has declared it is a Marine Sanctuary. The sanctuary’s total area is 1435.0 sq. km, which includes 1408 square Kilometres of the water body and 17 Square kilometres of landmass, including reserve forests, mudflats, and accreted sand bars. The whole sanctuary area comes within the jurisdiction of the Kendrapada district.

In November, every year, Olive Ridley Sea Turtles come to Gahiramatha and other places like the coast of Odisha in enormous numbers for mating and nesting purpose. Gahiramatha coast has annual nesting figures that lie between one hundred and five hundred thousand each year. All the sea turtle species in Odisha’s coastal water are listed as endangered as per the IUCN red data book. The sea turtles are defended under the ‘Migratory Species Convention and CITE -Convention of International Trade on Wildlife Flora and fauna. The homecoming characteristics of the Ridley sea turtles make them more prone to mass casualty. The voyage to the natal nesting beaches is the condemning factor for the sea turtles. Since the Gahiramatha coast serves as the natal nesting for millions of turtles, it is essential for turtle conservation.

The Sea turtles’ best feeding ground may not be the best nesting ground, but they migrate thousands of Kilometres to meet both ends. It has been examined that Olive Ridley sea turtles migrate from the coastal water of Sri Lanka in the Indian Ocean to the coastal water of Gahiramatha in the north. The homing features and the mysterious experience to orient themselves in the open sea help the sea turtles migrate over long distances without getting lost in the sea’s vastness.

This area can be addressed by Dangamal and Gupti. The 2.54 Kilometre trail from the dock across Baunsagarh Nala to Tourist’s Cottage is a breathtaking experience. Red jungle fowl, fishing cat, chital, wild boar, monitor lizards, etc., are the fauna to witness for. The exclusivity of the area and the lonely sea beaches make it one of the finest places in Gahiramatha.

Gahiramatha on one side and Manipura river on the other side, amidst the casuarinas plantation, is a delightful place to stay. Jackals, Hyenas, Red jungle fowls, Chittals, and Wild boars move around the area, and it is also a paradise for bird watchers. Coconut Island, Wheeler Island, Nasi-1 Island, Nasi-2 Island, and Babubali Island can be sighted. Under mangroves’ natural beauty, this place is an elite area for morning walks, casuarinas plantation, and stunning sea beaches.

Penth beach is known for the traditional nesting of Olive Ridleys. The easy accessibility of Penth/Barunei beach is sure to entice foreign visitors for an enthralling rendezvous with Ridleys in a peaceful ambience.

The nearest railway station is the Bhadrak Railway Station, which is located 49 km away from Gahirmatha. Buses are readily available to Bhitarkanika Reserve, and then by boat, you can reach Gahirmatha.

Accommodation facilities are available at Ekakula and Habilikhathi. These facilities can be availed of by obtaining prior reservation order from the DFO, Rajnagar.

The site of the most fabulous vistas of rivers and forests, the Satkosia spreads along the splendid gorge over the vigorous River Mahanadi, which is considered one of the most enchanting spots in the world. Massive mountains are standing on both sides of the rivers in which nature has created the gorge. It is one of the best ecosystems in the country, stewarding assorted floral and faunal spectacular. Nature lovers can get many of pictorial beauty at Satakosia.

Satakosia originates from two words – ‘Sata’ means seven and ‘Kosa’ meaning ‘two miles,’ indicating the gorge’s length is 22 Kilometre. The Satakosia gorge, along with the river Mahanadi, passes through Angul, Boudh, Cuttack, and Nayagarh and is the natural territory for the two endangered freshwater crocodile species, the Gharial and the Mugger.

To protect the crocodile population, the Government of Odisha has decided to start a crocodile breeding program. The ‘Gharial Research and Conservation Unit’ was formed in March 1957. This unit has done pioneering work in crocodile conservation in India. In 1976, due to its extensive bio-diversity advantage, the impenetrable forest lands on both sides of the river Mahanadi along the gorge were revealed the ‘Satakosia Gorge Sanctuary.’ Subsequently, the two adjoining sanctuaries were named ‘Satakosia Gorge Sanctuary’ and ‘Baisipalli Reserve’ in December 2007. The Tiger Reserve lies within the Satakosia Gorge sanctuary, around 964 Sq.km with 524 sq. km as the core area. It is the second Tiger Reserve in Odisha.

In Satakosia, nature-lovers and bird-watchers can explore the diversity of the wildness. The shimmering blue water meandering through the gorge offers a stunning sight. The place has a silent charm and is a nature lover paradise. Nature lovers can walk around and discover the unspoiled wildness through designated nature trails. Different nature trails are available through various zones of the Tiger reserve.

Tikarapada is the main attraction for tourists as here one can watch the incredible landscape consisting of the Satakosia Gorge. In the Gharial conservation and research centre located here, one can see live specimens of Muggers and Gharials. Tikarapada has been a popular place for local picnickers.

The forest department has several guest houses inside the Reserve. Accommodation is also available at the nature camp at Tikarapada. One overnight stay here is fascinating and unforgettable. This nature camp is run by the local communities, and there are some regional guides to help the visitors. Tourists are advised to book the facilities in advance.

This Winter Explore the Best Scenic Spots in Odisha