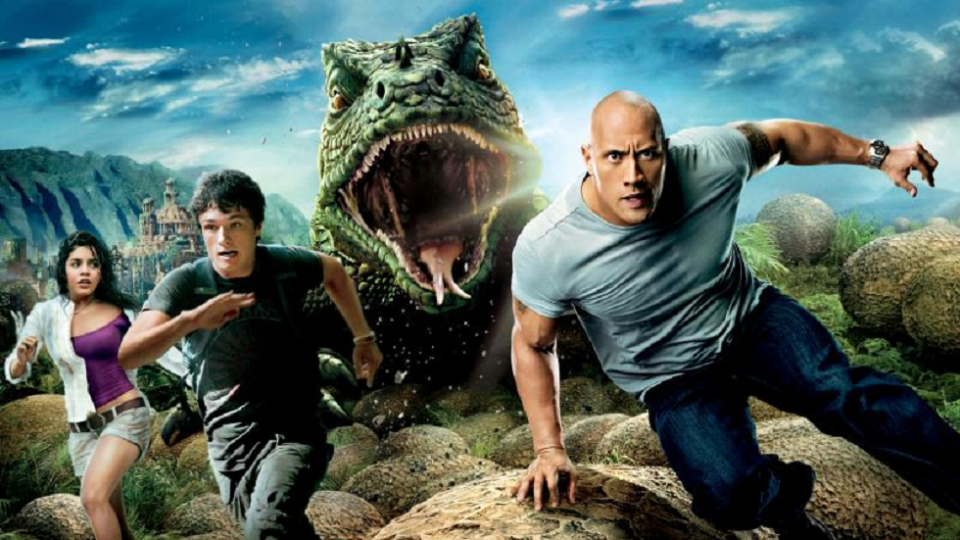 Adventure movies are hard to define however, you can feel the adventure while watching the movie. For some movies, it is for glory or fortune and for others, it might be a spectacle or about catching an evil. It can also be on how a person reaches from one point to the other. One thing that remains common in every Hollywood adventure movie is special attraction or adventure which makes people watch them again and again. 13 movies sorted in this blog of ours is based on reviews and rating received by the movie which made them fall under the list of the best Hollywood adventure movie. If you fancy yourself as an adventurer and do not know where to start, this is a good place which can inspire you to get started from a big screen. Do let us know if your favourite adventure movie falls in the list of ours.

Hollywood Adventure movie no. 1- Indiana Jones and The Raiders of The Lost Ark (1981)

The Raiders of the Lost Ark marketed as Indiana Jones was showcased in the big screen in 1981. This Hollywood adventure movie and an American action-adventure and is directed by Steven Spielberg. Lawrence Kasdan wrote the screenplay being inspired by the story of Philip Kaufman and George Lucas. Frank Marshall produced the movie for Lucasfilm. Ltd. with Howard Kazanjian and Lucas as executive-producers. It was Lucas desire to recreate a modern version of programs of the 1930s and 1940s. The story revolves around Harrison Ford’s globe wandering who is an archaeologist and seek archetypal adventures. From rescuing an idol placed in a temple situated in Peru to an escape made of the underground snake pit, the movie is unstoppable and shows several artefacts chased by adventure seekers.

This groundbreaking movie is created by Director Ang Lee. The event revolves around a young man who is left amidst the sea and is forced to an epic journey full of adventure and discoveries. Being cast away, he forms an unexpected yet amazing connection with another survivor, a Bengal tiger. Life of Pi is a Hollywood adventure movie based on Yann Martel’s novel with a similar name. Most of the star cast of the movie are Indians and Pi Patel is shown telling a story about his life and how he survived a shipwreck in the Pacific Ocean. The movie was opened in the 51st New York Film Festival in both Alice Tully Hall and Walter Reade Theatre of New York City on 28th September 2012.

This sci-fi adventure movie follows two aspects, Dr Ellie Sattler Laura Dern and Dr Alan Grant who are invited by John Hammond, an eccentric millionaire who wants to show them his island in Costa Rica. He had cloned the DNA of pre-historic insects, created dinosaurs for his island and names it Jurassic Park. His park includes every kind of dinosaurs like velociraptors, brachiosaurs and tyrannosaur rex, etc. When Hammond send his invitees along with his two grandchildren, they are struck by a fierce wind and a suspicious employee sabotages the entire park systems to smuggle dinosaur embryos. Watch the movie to find out how Dr Grant brings back Hammond’s grandchildren safely from man earing beasts.

King Kong is considered as one of the most adventurous movies in Hollywood. This movie directed by Peter Jackson has won an award for best action drama in Academy Awards. In the 1930s, Carl Denham dares an adventurous film making to gain a reputation for his production house documenting wildlife in the jungle and remote areas. Despite various objections made and backed by people, Denham makes a plan to shoot his project in a distant place and hires an ocean vessel to take a route to Skull Island, an island which is uncharted and is very rare on maps.

This movie of 2000 is based on an exploration of human survival, his ability to survive and change his fate. The moral of the story is that even though we have the tidiest moment in life, one major event can turn things adversely. Chuck Noland, played by Tom Hanks is cast away in the movie. He is a Federal Express engineer and devotes most of his life in troubleshooting his job, neglecting his girlfriend Kelly too. His personality reveals aggressiveness and compulsion thereby suggesting audience as a conflicted man. However, Chuck manages to propose Kelly on Christmas Eve right before he moves on with a big assignment. The plane crash strands Chuck on a remote island and his competing life slows down terribly. He finds peace while talking to his only friend, a volleyball. He learns how to endure physical stress and emotions in his new life. He remains unsure about returning to normal life.

Hollywood adventure movie no. 6- Pirates of the Caribbean: The Curse of the Black Pearl (2003)

The story of the movie is set in the Caribbean Sea during the 17th century. The main attraction in the movie is a roguish yet cute looking Captain Jack Sparrow who travels crystalline waters of the Caribbean Sea. The life of Jack Sparrow is changed after he meets wily Captain Barbosa. He steals the ship named ‘The Black Peral’ and then attacks the town of Port Royal. Kidnaps beautiful daughter of the Governor named Elizabeth Swann.  Will Turner is the childhood friend of Elizabeth who joins the forces with Jack to direct one of the fastest ships among British fleets. The entire crew along with the duo are bound to keep the promise made to Elizabeth. However, there is a curse which had doomed Barbosa and his crew according to which they remain undead forever. Only when exposed to moonlight, they become living skeletons. If the once-plundered treasure is restored, their curse can be broken.

Hollywood adventure movie no. 7- Journey to the Centre of the Earth (2008)

In the novel of Jules Verne Journey to the centre of the earth written in 1864, there was neither a heroine or a villain. But, Charles Brackett Journey to the centre of the earth added both in 1959 version movie. James Mason acts in the movie amazingly and portrays himself as an amusing absent-minded professor who steps on an adventurous journey. He is prompted by lava brought to him by one of his students Alec McEwen. Linden brook discovers a scrawled message written by a lost explorer Arne Saknussem who left directions to reach to the centre of the earth. James is accompanied by Carla, widow of a famed geologist along with Icelandic guide and two others. They are followed by Sakanussem, a villainous count and descendent of lost explorer. The count expects using Linden brook’s discoveries for gaining political and personal powers.  What follows the new explorer’s team is special effects, gigantic reptiles, dinosaurs, and subterranean sets accompanied by ominous music played by Bernard Herrmann.

The Poseidon is one large ocean vessel which is charted on its course in New Year Eve. After midnight, Captain Harrison see a tidal wave, big enough to disbalance the ship. The last thing which Captain and other people aboard see before dying is that the ship turns upside down. Only a few people survived the shipwreck. The film’s theme song sung by Maureen McGovern, “The Morning after” won an Oscar. Addition to it, this Hollywood adventure movie received the Special Achievement Award for Special Effects. The sequel of the movie came out in 1979.

Hollywood adventure movie no. 9- The Lord of the Rings: The Fellowship of the Ring (2001)

The Lord of the Rings is an epic movie which is directed by Peter Jackson. The Lord of the Rings is a trilogy and its first part, the fellowship of the ring is followed by The Two Towers and the Return of the king.  Set in middle earth scenes, the story of this Hollywood adventure movie tells us the story about Dark Lord Sauron who keeps finding the lost ring. The ring is by fate handed to Frodo’s grandfather who by the order of Gandalf gives it to Frodo. Mr Frodo and Sam are among the eight companions who forms a fellowship of the ring to destroy it. Their journey begins from nasty jungles to Mount doom which opens at the land of Mordor.

The Mummy is an American fantasy adventure movie directed and written by Stephen Sommers. The movie stars Brendan Fraser, John Hannah, Rachel Weisz and Kevin J. O’Connor. The movie is a remake of the Mummy in 1932 which starred Boris Karloff as the lead actor. The movie scene starts at Marrakech in Morocco. The filming of the movie in the year 1998 lasted for around 17 weeks between which the crew faced several hindrances such as sandstorm, dehydration, and snakes while filming some scenes in Sahara. The special effects in the movie were given by Industrial Light and Magic. They blended computer-generated imagery in the film to create a titular Mummy. The orchestral sounds were given by Jerry Goldsmith.

The Marvel studio production, The Avengers was premiered at Hollywood’s El Captain Theatre on 11th April 2012. The movie was released on 4th May 2012 in the US. The Avengers is one movie which has uncountable awards and received many praises particularly for screenplay and direction, action sequences, music, visual effects and acting. The numerous awards received by the movie includes BAFTA and Academy Award for achievements in visual effects. It tied various box office records such as the biggest opening weekend in the US and Canada. Grossing over $1.5 billion worldwide, The Avengers became third-highest grossing movie ever along with the highest-grossing movie in 2012. Marvels Avengers revolves around America superheroes. Directed by Joss Whedon, the movies are based on Marvel Comics of the superhero team. The mightiest heroes of the earth come together and learn how to fight as a team when the earth is attacked by outsiders. Loki plays a mischievous and villainous role who along with alien army try to enslave humans.

Independence Day is considered as a significant turning point in Hollywood blockbuster history. The movie at the first glance proved to be a big sci-fi resurgence released in the mid-late 1990. Released worldwide on 3rd July 1996, it was shown from 2nd July, the very day the story of the film begins due to limited release and high level of anticipation seen among movie-watchers. Independence Day gradually received positive reviews and grossed a whopping $817.4 million worldwide. The movie became a highest-grossing film in 1996 and the second highest-grossing film ever in that time after Jurassic Park. It was also nominated for and won the Academy Award for Best Visual Effects along with getting nominated for Academy Award for Best Sound Mixing. After 20 years, a sequel of the movie was released, Independence Day: Resurgence as planned after the making of the first part.

Hollywood adventure movie no. 13- Guardians of the Galaxy (2014)