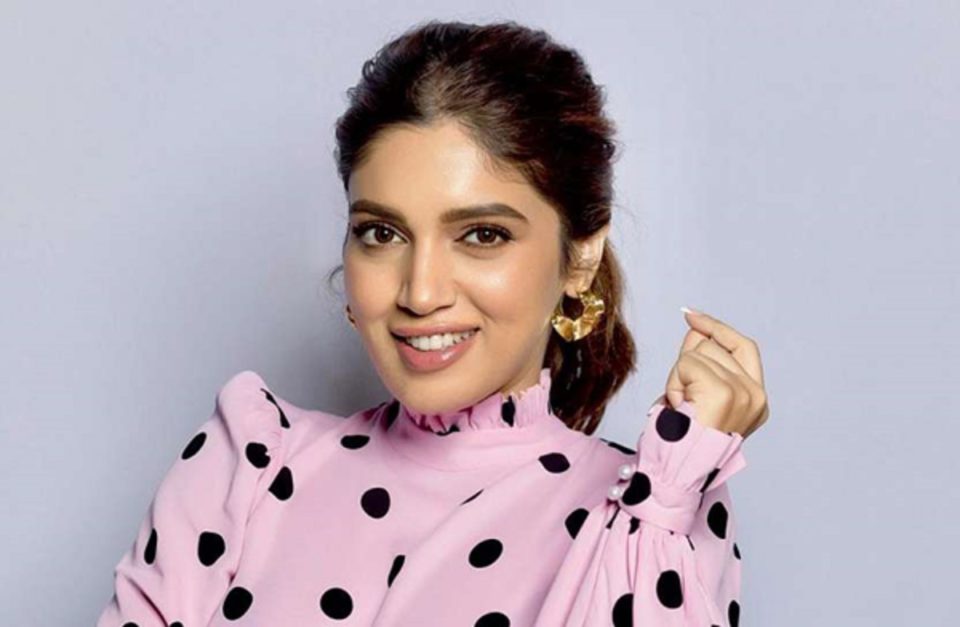 Indian actors and actresses who have left a positive impression on the mind of people are very few, and Bhumi Pednekar is one of them, even though she is not a star-born kid. Her debut movie, Dum Laga ke Haisha was indeed an interesting film that impressed viewers instantly. Bhumi Pednekar has made a special niche for herself in this blockbuster which is attributed to Ayushmann Khurana and Bhumi Pednekar as well. Do you know she auditioned around a hundred girls for the movie but got to lead herself? Read below to find a few interesting facts about Bhumi Pednekar which makes her an extraordinary actress in the Bollywood industry.

Bhumi Pednekar, like millions of other Bollywood fans around the world, grew up loving the industry’s stars. During the promotion of her film debut, the actress revealed that she admires both Shah Rukh Khan and Salman Khan and thus would prefer to work on a film starring both of them.

You may be completely ignorant that in Dum Laga Ke Haisha, Pednekar, who was operating as an assistant casting director at the time, took over 100 auditions and have been unable to find an appropriate girl for the role. Bhumi also performed a few action sequences herself to brief the girls who came for the audition, and her performance was so well received by the judging panel and director that she was cast in the role.   Following that, director Sharat Katariya called her in for a series of auditions over the course of several months before affirming her role as Sandhya.

Bhumi Gained more than 20 Kilos for the role

Her First Movie as an actress began on an intriguing note. Many actresses, including Alia Bhatt and Sonam Kapoor, have dropped extra pounds for their debuts, but Bhumi was asked to gain 10 pounds for her protagonist, Sandhya. During the filming, the actor reportedly weighed 90 kg, which she apparently lost in 5 months by following a strict regimen. Pednekar has previously stated that she follows a strict diet. As a child, the actor was not permitted to consume chocolates or carbonated beverages, and she prefers home-cooked meals.

Bhumi revealed that she saw Dum Laga ke Haisha at least once a day for 45 days in a nearby theatre while chatting with Farhan Akhtar. Director Sharat Katariya also joined her many times and the two would cry and laugh together with the audience. Bhumi also stated that she loves doing so with her other movies as well and had watched Toilet: Ek Prem Katha 3 times in Chandan theatre of Mumbai.

With her first pay check, Bhumi Pednekar has contributed to her sister’s education

Bhumi has a younger sibling whom she loves very much. When her sister was in Jindal Global Law School, Bhumi received her first pay check for her debut movie from which she paid her sister’s fees.

Bhumi is an ardent makeup lover and skincare enthusiast. Her vanity case and makeup skills developed at a very young age and she became obsessed with them. She said in an interview, “I started using makeup at 13. I bought my first vanity box in my teens because I was obsessed with beauty. And because my parents never said, ‘Here’s some money, go buy makeup,’ I would save up and do it myself. Makeup has a lot of power, and I love it,”.

Bhumi joined Akshay Kumar along with Uttar Pradesh CM in the cleanliness drive to promote their upcoming movie, Toilet: Ek Prem Katha. They were also seen sweeping with the CM and henceforth, the movie was made tax-free in Uttar Pradesh.

Bhumi Pednekar is a climate activist

Bhumi is super passionate about climate activism and had become vegetarian to bring down negative impacts on the climate. She started a campaign called ‘Climate Warrior’ in 2019 that aims in raising awareness among people regarding global warming and climate change. She collaborated with various local and national climate activities as a part of the initiative like Anirudh Sharma. He is the co-creator of Air-ink and loves to innovate things that can upcycle negative materials such as plastics, sustainable inks and constructive materials.

Bhumi Pednekar is working to raise awareness about reproductive health

Bhumi teamed with MTV to launch a web series titled Nishedh that aims to raise awareness concerning reproductive health among the youngsters besides eliminating the social stigma revolving around nutrition, tuberculosis and contraceptive care.