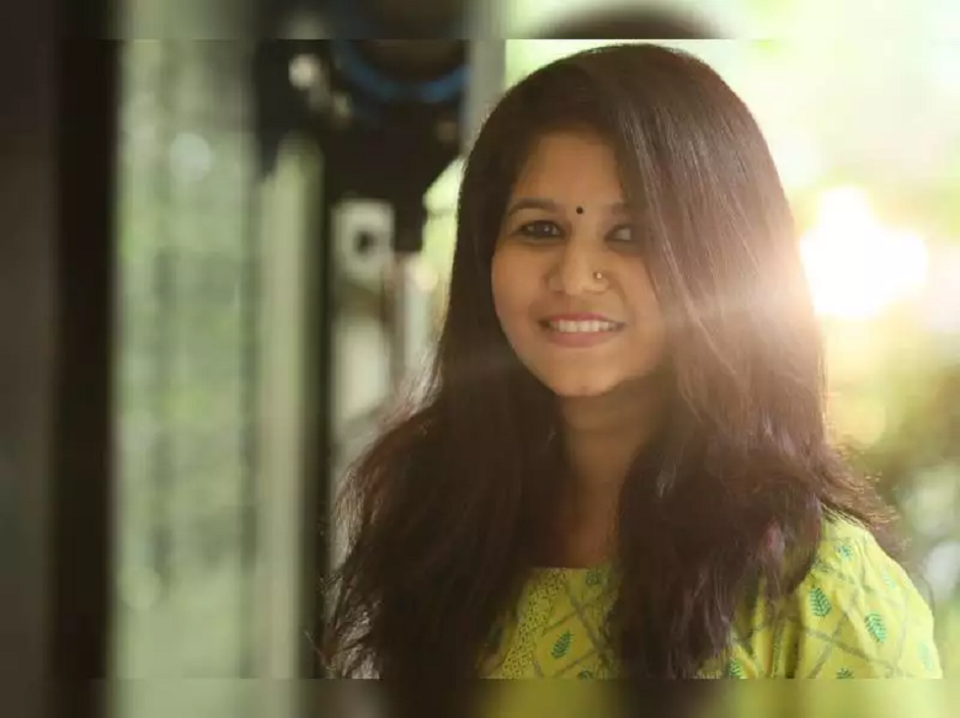 The first thing that draws attention to Juhi Rustagi’s Instagram photos is her beautiful personality. The Malayali actress dons various clothes, switching from Barthanatiyam to frocks to traditional clothing but her smile (and that thick black hair) remains the same – elegantly sending positivity out into the world. In this article, we wanted to explore some facts about the actress. Fair warning, she may or may not be married to a doctor.

Juhi Rustagi: 9 Fast Facts About The Actress and Dancer

Who is Juhi Rustagi?

Juhi Rustagi is an Indian film and television actress who majorly works in the Malayalam industry. She was born in Rajasthan and raised in Ernakulam to a business family. Since childhood, she has had a deep interest in acting and working with the people of the entertainment industry. She rose to fame due to her appearance in Uppum Mulakum TV serials in the role of Lechu

In 2020, she filed a complaint after her obscene pictures go viral:

The mallu actress filed a complaint with the Director-General of Police of Kerala and Ernakulam City Police Commissioner that her fake videos and photos are being circulated on social media platforms.

Rustagi also took to Facebook and said that the obscene photos that have been making rounds on the internet are fake.

“There are some fake social media posts spreading on my name. It’s not me and it’s absolutely fake. People who do such things please have sense. I pity you whoever did that,” she wrote.  “A fake Facebook page was also created in my name and the obscene images were uploaded on it as well,” she added. Rustagi also said that the case is currently being investigated and the culprits will soon be caught.

She is on social media:

Juhi Rustagi has an Instagram account that she keeps updated with lots of great new photos. Just this one social media account will give you an idea of how popular she is. She has over 817,000 followers on the site.

It appears that a great many of her fans love her cool pictures and her treasure trove of updates and information.

Juhi Rustagi is following 251 herself and she does a great job of keeping fans updated. She has made a total of 63 posts on the site and there are pics of her in traditional shots and in her professional settings as well as some of her as she appears in her everyday life when she’s not being an entertainer.

Did you know? Using her large following on social media, the actress has added to her net worth by posing and marketing for apparel. Fashion brands have definitely picked the right model who adds a touch of “nadan” shimmer and flair to her photos and edit.

The mallu actress was born on 10 July 1998 in Jaipur, Rajasthan, India.

Does this make her Rajasthani? Well, the actress is half Rajasthani and half Malayali. Her father’s name is Raghuvir Saran who was a businessman and died in 2013.

Juhi’s mother’s name is Bhagyalakshmi who is from the Malayali family. Juhi Rustagi who is 21 years old has a younger brother who is studying engineering. Her single mother raised the actress and her siblings. Juhi went on to do her schooling at Bhavans Munshi Vidyashram School located in Thiruvankulam city in Kerala.

Lastly, in terms of background information, Juhi belongs to a Baniya caste and follows the Hindu religion.

Jack of all trades:

Juhi Rustagi is an actress, model, and social media celebrity from Kerala. She is an Indian classical dancer and took training from Kerala Kalamandalam Arts & Culture University. Since childhood, Ruhi has been fascinated by the entertainment industry. She just loves to dance and participate in competitions during her schooling days. She made her acting debut in 2015, at the age of 17.

Juhi rose to fame for her portrayal of Lechu in the TV serial Uppum Mulakum. The serial is telecasted by Flowers TV channel. Want to know how she bagged the role? It turns out that the show’s director, R Unnikrishnan, is her classmate Anantha Krishna’s father.

He spotted her when she visited their house for Anantha Krishnan’s birthday party and decided to cast Juhi as Lakshmi Balachandran Thampi, a moody and frisky teenage daughter of parents Neelu and Balu.

Besides that, Unnikrishnan guided her and ensured that she doesn’t feel awkward while shooting for the serial.

The TV serial Uppum Mulakum became a huge success, and it turned her into an overnight TV star. As her popularity increased, Juhi started to receive various stage show offers as well.

Though she hardly converses in Malayalam at her home, Juhi managed to make a place in the heart of the Malayalam audience. In fact, when she met with an accident while riding a scotty, thousands of her fans messaged her and wished her a speedy recovery.

The mallu actress also appeared on Flower TV Channel’s Sreekandan Nair Talk Show and Comedy Super Night to celebrate the completion of several hundred episodes. Even her friends and close ones call her Lachu, which is the pet name of her character in Uppum Mulakum.

Allegedly, Juhi Rustagi’s height is 5.4 feet or 1.65 in a meter according to online sources.

Juhi Rustagi is a Malayalam TV star and a young blooming actress who has become one of the most loved TV personalities recently. At a very tender age of 22, she had acquired lots of love and fame from her fans. Born in the year 1998, she belongs to Ernakulum city in Kochi. Her father’s name is Late Raghuvir Saran and mother being Bhagyalaxmi. Juhi Rustagi’s father was from Rajasthan and after the sad demise of her father, Juhi along with her mother came to Kerala when Juhi was only 6 years old. Keep reading below to know some interesting facts about Juhi Rustagi and her journey from a teenager to one of the most loved actresses in Malayalam television industry.

As mentioned before, Juhi’s father belonged to Rajasthan, we can see that Juhi is highly influenced by Rajasthani culture and traditions. When her father passed away and Juhi came to Kerela, her mother Bhagyalaxmi raised her single-handedly. The reason behind Juhi Rustagi’s coming to Kerala is her mother’s belongingness to Kerala. Eventually, she and her elder brother were brought up by Bhagyalaxmi in Kerala where Juhi and her brother received formal education and schooling. Juhi went to Kerala’s Kalamandalam too and learned dancing from there. She is an ex-student of Bhavans Munshi Vidyashram in Thiruvankulam, Ernakulam.

Since childhood days, Juhi loved taking part in sports and competitions which made her win many medals at state-level championships. Her elder brother is an engineer by profession. Since Juhi is the eldest in her family, she is pampered a lot and taken care of by both her brother and mother. Besides choosing commerce as a streamline, Juhi pursued a fashion designing course for her future. She also wishes to receive airport management education.

When Juhi Rustagi was in junior college, she was offered to work in Uppum Mulakum Flowers TV channel to telecast the shows. R. Unnikrishnan was the director of the series and father of one of her classmates, Anantha Krishnan. The director was able to recognise Juhi’s potential when she once visited his house for a birthday party event. That day he was sure to cast her in his series and gave her the role of Lakshmi Balachandran Thampi who possessed frisky and moody behaviour and is the daughter of Balu and Neelu. This was just the beginning of her career and a step closer to new fame!

Besides having a soft corner for Juhi Rustagi like a daughter-father relationship, Unnikrishnan act like a guide to her and during the shoots ensured that she never felt awkward due to any situation. The serial became an instant hit and loved by all that made Juhi Rustagi a TV star overnight. As the new episodes evolved, Juhi’s popularity increased and she started receiving offers for various other TV shows and stage performances.

You will be amazed to know that Juhi Rustagi does not converses in Malayalam at home yet have made a special place in the hearts of native Malayalam audiences. During one of the shoots, Juhi met with an accident when she was riding a two-wheeler but thousands of fans wished her good health through messages and flowers.

The reason behind Juhi Rustagi’s success can be attributed to the fact that she loves working with Unnikrishnan and her role in Uppum Malakkum. The casting team of the series is like a real family to Juhi which makes her work more dedicatedly. In fact, the star cast of the series more often calls each other by their casting names instead of real names. Such a good relationship between them is reflected in their acting skills also which has made Juhi’s TV show loved by the audience.

Besides working for Uppum Malakkum, Juhi has also been seen in Flower’s TV channel’s Sreekandan Nair Talk Show along with Comedy Super Night for commemorating the successful completion of several hundred episodes of her TV show. Most of her friends and family members call her Lachu i.e. the pet name of her character in the TV show instead of her real name. Soochi is the debut of Juhi on big-screen. When Juhi got stardom, she decided to complete her education through open university since it was becoming difficult for her to attend her classes in the college.

Till date, Juhi Rustagi is single but plans to get married soon. According to recent reports, she is in a relationship with Dr Rovin George who is a doctor by profession and an actor by passion. The first picture of Juhi along with her boyfriend was shared by Juhi herself in the social media during the valentine’s day captioning that both of them are in love. She labelled, “and suddenly all the love songs were about you ❤,”.

The duo was dressed in the matching outfits and were spotted together during a puja ceremony placed for an upcoming Malayalam film. Rovin is an actor who had worked with Juhi previously during a shoot for the musical album. Rovin was born in South Africa and is a doctor, actor and a model too!