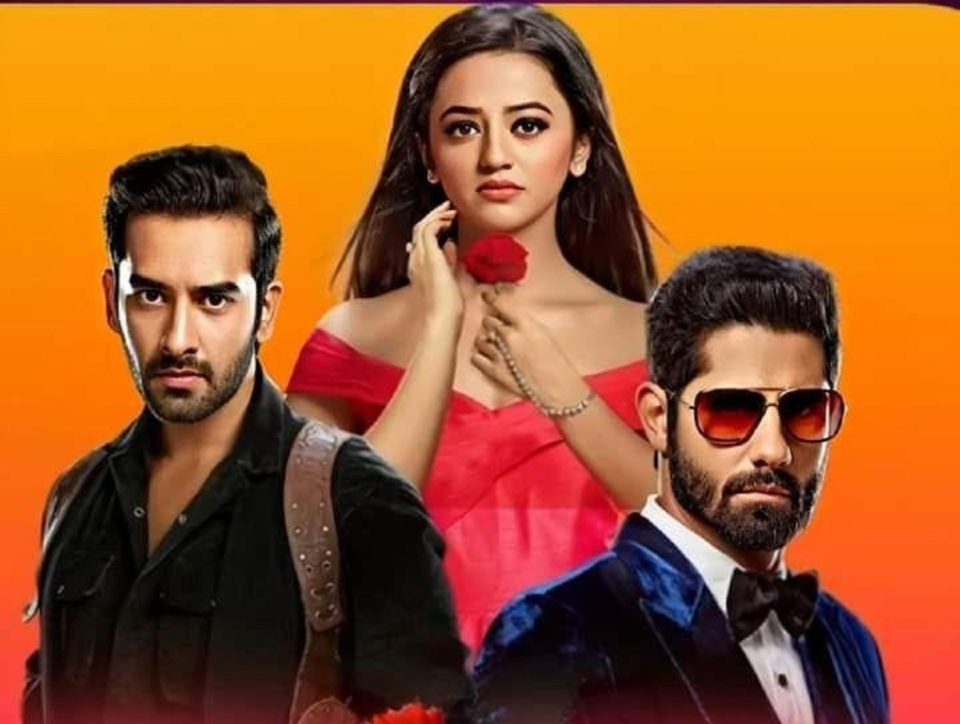 Colors TV’s Ishq Mein Marjawan 2 is among the most-watched television drama. Since its premiere, the romantic-thriller series has kept fans captivated. Following the popularity of the first season, the show’s second season is already off the air and begin streaming on an OTT platform. Ishq Mein Marjawaan 2 is currently available on Voot Select after formerly aired on Colors.

Season 2 of IMM is a suspense drama centred on Kabir, Riddhima, and Vansh. Kabir is indeed a CBI agent seeking proof against Vansh in order to apprehend him for his crimes. Vansh, on the other hand, is a brilliant businessman who constantly manages to get out of Kabir’s clutches. Kabir, who is on a red-handed quest to apprehend Vansh, sends his lover Riddhima into Vansh’s realm to bring facts against him.

The IMM second season begins with a murder perpetrated by none other than Vansh alias Rrahul. Kabir, a young officer, swears that he would not forgive Vansh for killing Neha. Kabir then heroically follows Vansh’s vehicle on his motorcycle. The two then arrive at a shipping container storage facility close to the sea. Later, the two have a verbal altercation, and soon after, the two begin fighting, with Vansh striking Kabir hard and injuring him.

Riddhima is later seen waiting for Kabir in a beautiful backdrop at their favourite location. However, after a lengthy wait, unexpected lightning and high winds demolish Riddhima’s entire romantic set-up. This frightens her, and she begins to cry and call out for him. Kabir makes it to the area Riddhima instructed him to, but in a very terrible state. When the two meet, Riddhima looks after Kabir.

On the beach, Kabir proposes to Riddhima with a ring in the next scene. Riddhima feels relieved that Kabir is finally in good health. Kabir asks for anything in return after declaring his love for Riddhima, which surprises her greatly. Vansh, Kabir informs Riddhima, is not a businessman, but rather a member of an underworld gang involved in gold smuggling, narcotics, and real estate fraud, among other things. As a result, he needs someone to work for him in order to uncover all of Vansh’s information and gather proof against him. Riddhima decides to work for Kabir and assist him in locating Vansh so that she can live happily with Kabir in the future.

Helly Shah is a small screen personality from India. Swaragini, Sufiyana Pyaar Mera, Devanshi, Ishq Mein Marjawan 2 are some of her most well-known television shows. Helly has also featured as a speaker on television series like Savitri Devi College and Hospital, Kapil Sharma’s Comedy Nights, and Kitchen Champion. Helly Shah was born in the Gujarati city of Ahmedabad on January 7, 1996. Helly had no idea she’d become famous because of her work in the television industry. Helly intended to work in biology before joining the television industry. Helly is now based in Mumbai.

Helly Shah began her profession as an actor at a young age and made her television debut in 2010 with the television show Gulaal. In this programme, she portrayed Talli, a minor part. In 2012, she was seen in the Life ok programme “Alaxmi – Hamari Super Bahu,” in which she played the lead part. In the show, she played the female protagonist. She was in class VIII at the time of the programme. Her schoolmates and instructors admired her tremendously. Helly appeared in a variety of programmes after the show, in addition to the television series. She has also been in the dance reality programme Jhalak Dikhhla Jaa as a competitor.

Vishal Vashishtha was born on February 13, 1992, in Kolkata, West Bengal, India. He is an Indian tv star, soap opera actor, and supermodel who has appeared in Hindi television shows and online series. Vishal Vashishtha is a Kolkata native who grew up in the city. He auditioned for the role of Aayan Dixit in the television series Crazy Stupid Ishq when he was in his final year. He also featured in an episode of MTV Webbed that same year. He was later cast as the lead in the popular television series Ek Veer Ki Ardaas…Veera. He stayed with the show till it ended in 2015.

Following that, Vishal Vashishtha became a regular on television, appearing in series like Vish, and Gangaa, among others. He has been starring in the serial Ishq Mein Marjawan 2 since 2020. On YouTube, he has also appeared in Dice Media videos and Filter Copy. In Ishq Mein Marjawan 2, Vishal Vashishtha will play Kabir, a CBI officer on a mission to apprehend a violent businessman and underworld mafia who has assassinated one of his officers.

Rrahul Sudhir is a famous television actor from India. He was born in Goregaon, Maharashtra, India, on October 2nd. Rrahul is most known for his work in Hindi television programs and online series. In 2016, he made his web series debut with All About Section 377. Following that, he acted in serials such as Pinjraa Khoobsurti Ka, Rajaa Beta, and Ishq Mein Marjawan.

He was born and raised in the Indian city of Mumbai and received education at Goregaon’s Narayan Mallar Joshi Vidya Bhavan. Rrahul earned his bachelor’s degree in Mumbai. He worked as an engineer for Dell and HCL before becoming an actor. In Ishq Mein Marjawan 2, Rrahul Sudhir plays Vansh Raisinghania who is a violent businessman and a mafia figure in the underground. On the programme, he also appears as Riddhima’s love interest.

Helly Shah recently wrote a poignant message on her Instagram account about the conclusion of the programme Ishq Mein Marjawan. In the message, she expressed gratitude to her producers for ensuring that everything ran well in the team for all of the shoots, both before and after the Covid 19 epidemic. She also expressed gratitude to her co-stars and the show’s staff. Helly also praised the fans for their appreciation for the serial’s cast and crew. Season 2 of IMM premiered in July 2020. It went to the OTT platform in March 2021, after completing over 200 episodes. However, fans will have to say their goodbyes to Ishq Mein Marjawan 2 now.

How to Build a Home Gym for Every Type of Budget